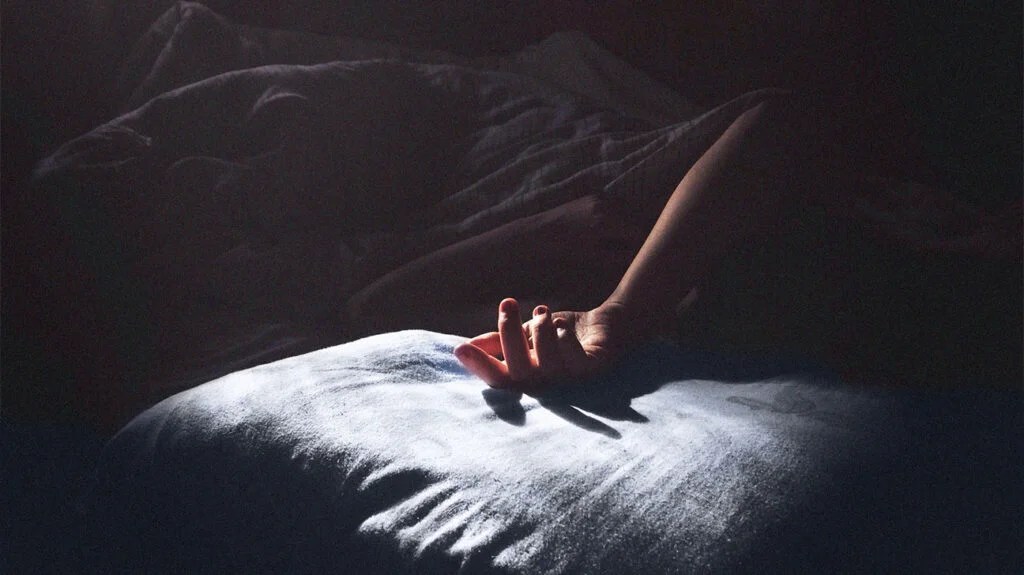 A diverse, multidisciplinary team of scientists worked on a creative research design to uncover sleep patterns in people living with mental health conditions or a genetic predisposition to them. Their results appear in the journal PLOS Medicine.

Using the UK Biobank, researchers were able to analyze the sleep activity of 89,205 participants. The UK Biobank, a unique resource comprising information from half a million volunteers, provides anonymous medical data, such as sleep measures, medical diagnoses, and genomic data.

Why does sleep matter?

Both Dr. Wainberg and Dr. Tripathy are fascinated by the UK Biobank’s potential to link medical diagnoses to participants’ real-time health data. In addition, both scientists are intrigued by the relationship between sleep and psychiatric disorders.

The scientists decided to study the sleep duration and sleep quality of 89,205 UK Biobank participants and see whether they could correlate these findings with psychiatric disorders.

The sleep measures that they assessed were: bedtime, wake-up time, sleep duration, wake after sleep onset, sleep efficiency, number of awakenings, duration of longest sleep bout, number of naps, and variability in bedtime and sleep duration.

However, the researchers did not stop there. They also looked at people with diagnosed psychiatric disorders and individuals who possessed a genetic predisposition to mental health conditions.

Measuring sleep in a large population

The researchers leveraged a unique aspect of the UK Biobank, in which participants wore an accelerometer — a device that measures a person’s motion — for 7 entire days. Dr. Tripathy explained:

“[Accelerometers] are not measuring a brain wave. They capture aspects of sleep, especially duration [and] how many times you are waking up at night. Sleep disturbances, especially sleep quality disturbances, [such as] the number of times you wake up per night, that’s important, and that’s the value of these devices.”

Dr. Wainberg notes that accelerometers add an objective measure of sleep disturbance, citing prior research that revealed that self-reported measures of sleep do not correspond well with direct measurements.

For example, in the cited study, people incorrectly assessed sleep duration by as much as 72 minutes.

In an unprecedented way, these scientists measured 10 properties of sleep in people living with one of four psychiatric diagnoses: major depressive disorder, anxiety disorders, bipolar disorder/mania, and schizophrenia spectrum disorders.

The team discovered that sleep changes were pervasive among people living with mental health conditions. Dr. Wainberg explained that “whether it is bipolar/mania, schizophrenic spectrum, anxiety, or depressive disorders, it was a ubiquitous change in every sleep measure.”

The researchers discovered that 8.5 out of 10 sleep accelerometer-derived sleep measures in people with a psychiatric diagnosis were disturbed.

Sleep efficiency was more disrupted than sleep duration. For people carrying one of the four diagnoses, as well as those with an elevated polygenic risk score for mental health conditions, the researchers observed more awakenings at night, more daytime napping, and greater bedtime variability.

Although the observed changes were significant, the effects were small. Dr. Tripathy believes that this is likely an averaging effect. “[M]any patients measured may be in remission, and only some may be actively experiencing an exacerbation of their disease,” he explained.

He noted to MNT: “It averages out to a relatively small change. That is not to say that individual people [for example] in a depressive episode would not have much larger changes.”

Can this study in any way guide future research and health interventions? First, the researchers are judicious about drawing diagnostic or prognostic conclusions from their data.

Dr. Wainberg concurred with Dr. Tripathy regarding the importance of accelerometers contributing objective evidence about sleep efficiency in people living with mental health conditions. However, he also concluded:

“Sleep is something we should be aware of and asking about in the context of mental health.”

To MNT, Dr. Tripathy mused, “[I] am excited about the use of at-home sleep devices — by the prospect of giving these devices to people who are seeking treatment for mental illness and [seeing] if sleep improves as other indices of mental illness improve!”

A strength of the study was that the researchers replicated their findings across ancestries and sexes, including those with historical underrepresentation in medical research. Regarding the limitations of the study, the scientists acknowledge:

The authors also note the need for future transdiagnostic studies of sleep and psychopathology that “more precisely examine how sleep parameters vary across phases of mental illness.”