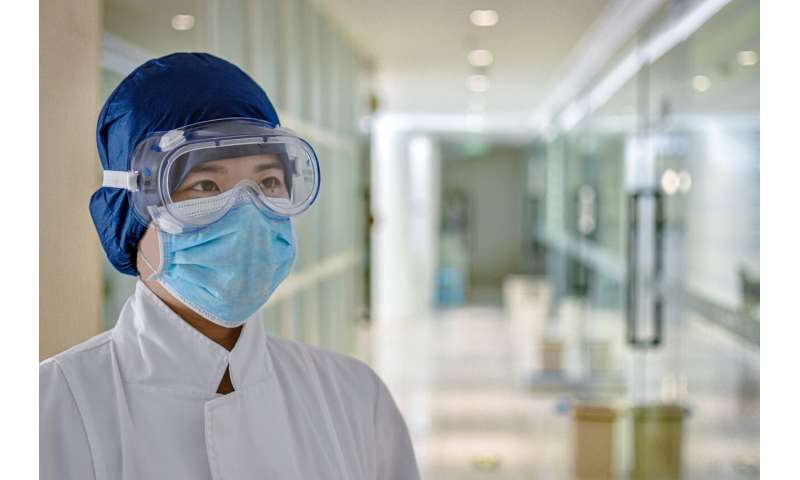 In March, Stanford University bioengineer Manu Prakash flew from France to his home in California and spent two weeks in personal quarantine. After being holed up in the room where he stores his snorkeling and scuba equipment, Prakash emerged with an idea for addressing two of the pandemic’s most pressing challenges.

First, he saw that the global supply chain for disposable N95 masks had broken down, and many hospitals lacked adequate personal protective equipment, or PPE. Second, “the masks that are out there, that we put in the hands of our frontline workers, are not that good,” said Paraksh. They’re often ill-fitting and uncomfortable, and if they don’t fit, they don’t protect.

Prakash’s idea addressed both problems. He wanted to repurpose full-face snorkel masks, outfit them with 3-D-printed filter-holders, and use them as a way to meet the growing demand for PPE. The idea became a tweet, which spawned an international collaboration, which led to design and testing in Prakash’s lab and elsewhere, which resulted in tens of thousands of snorkel masks being shipped and used around the world. The device functions as a combination of mask and face shield.

Mechanical engineer Laurel Kroo, who works in Prakash’s lab, described the design, testing, and distribution of “pneumask” at the 73rd Annual Meeting of the American Physical Society’s Division of Fluid Dynamics. The Pneumask Consortium includes universities and companies from all over the world. Researchers in the coalition have published protocols for how to decontaminate the device, making it suitable for reuse. Clinical tests suggest that it can be worn comfortably for the entire duration of an eight-hour shift.

“From a fluid dynamics perspective, a mask is a hydrodynamic device,” said Prakash. “A lot is happening when you breathe in and breathe out. You have to have the right kind of filters. You have to think about rebreathing, and comfort.”

Prakash’s lab has pivoted to focus on many COVID-19 related projects. They helped launch the 1000×1000 project, which repurposes cotton candy machines to produce protective, N95-grade mask material. To make cotton candy, the machine melts and spins out liquid sugar in fine threads; to make filter material, the repurposed machines spin out nanofibers that can trap minuscule particles. And together with partners at other universities and companies, the group helped develop the “Pufferfish,” an open-source, low-cost ICU ventilator. Hongquan Li, from Prakash’s lab, described that device during the same session on November 24.

Sunghwan Jung at Cornell University, who studies animals through the lens of fluid dynamics, has been working with researchers including Saikat Basu at South Dakota State University, in Brookings, and Leonardo Chamorro from the University of Illinois Urbana-Champaign on masks that take their shape from the nasal cavities of animals. The work was funded by a grant from the National Science Foundation.

Animals like dogs, opossums, and pigs are renowned for their super-sensitive sniffers, said Jung. “They have a very complicated nasal structure, and we tried to mimic that structure in our filters.”

The human nose is fairly straightforward and vacuous, said Jung. But dogs and pigs are different. They have twisty, tortuous nasal cavities, and that’s partly why they have such strong senses of smell. “Fluid mechanics tells us that if you have such a tortuous air pathway, you have more changes to capture more particles,” said Jung.