An international team of researchers has conducted a study suggesting that individual variation across different strains of betacoronaviruses can alter their stability and pathogenicity profiles.

The MERS-COV virus, which infects humans and dromedary camels, is the agent responsible for numerous outbreaks of severe respiratory illness across the Middle East since 2012.

The novel SARS-CoV-2 virus is the pathogen responsible for the coronavirus disease 2019 (COVID-19) pandemic that continues to ravage the globe threatening public health and the worldwide economy.

Now, Vincent Munster from the National Institutes of Health in Montana and colleagues have assessed the phenotypes of several MERS-CoV strains in an effort to inform public health policies related to respiratory-borne human coronaviruses.

The researchers say that although different MERS-CoV isolates may exhibit similar stability and pathogenicity, mutations can arise that alter these phenotypes, thereby highlighting the importance of continuing the surveillance of this virus and other coronaviruses such as SARS-CoV-2. 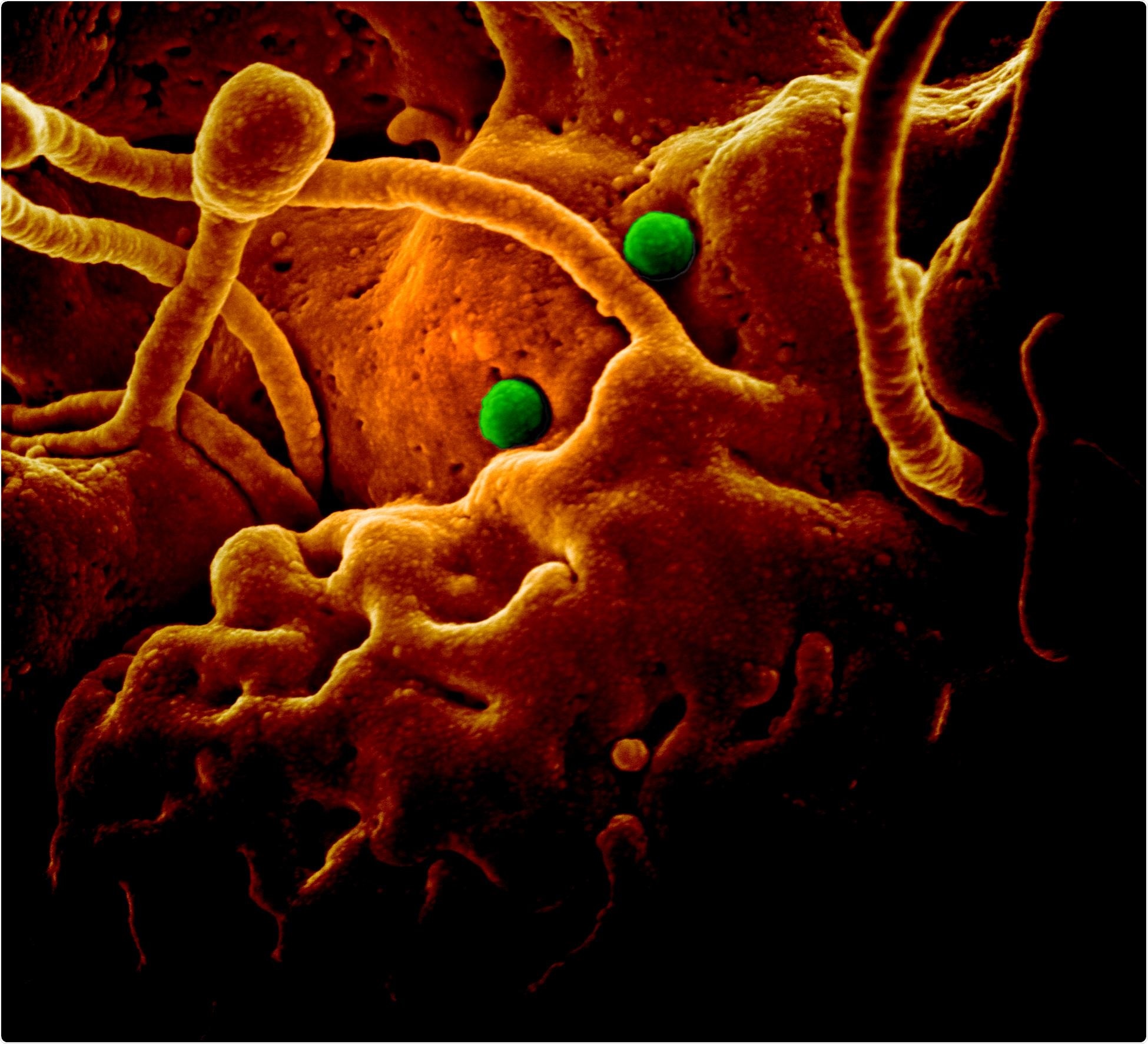 Independent variation across MERS-CoV isolates has not been well studied

While some mutations in camel-derived strains of MERS-CoV have been identified, natural variation across different isolates has generally remained unstudied.

However, a small number of studies have demonstrated that genetic variation in MERS-CoV can drastically affect viral phenotypes, including replication kinetics and pathogenicity.

"Given that MERS-CoV continues to cause outbreaks and evolve, these findings underscore the importance of characterizing how MERS-CoV genetic variation alters viral replication, pathogenicity and stability," writes the team.

The researchers examined the environmental stability, replication kinetics and pathogenicity of MERS-CoV-2 across a broad panel of isolates collected from humans and camels, representing all major geographic regions of outbreaks.

Since the nosocomial spread is at the center of MERS-CoV outbreaks, the researchers first assessed the virus's stability on fomites commonly found in hospitals (polypropylene plastic and stainless steel) and on materials with potential virucidal properties (silver and copper).

The team tested eight different MERS-CoV strains (five from humans, three from camels) isolated between 2012 and 2018. 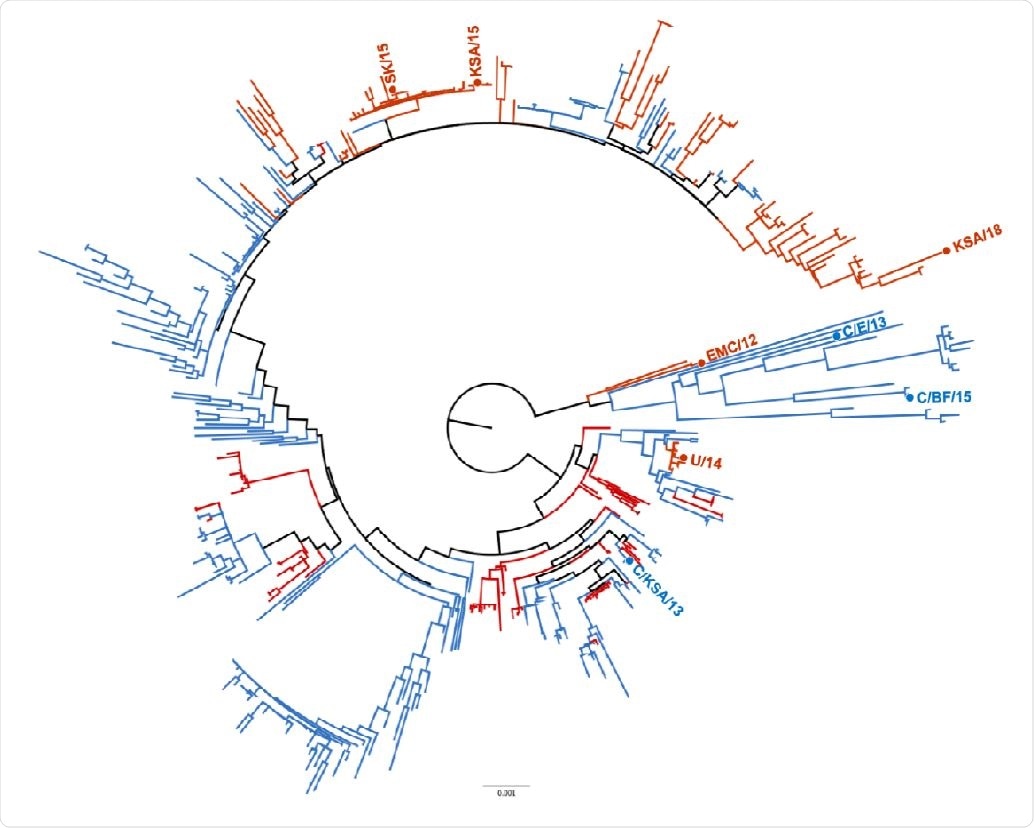 What did they find?

Only the camel-derived isolate C/KSA/13 exhibited reduced surface stability. Infectious viral titers of C/KSA/13 were significantly lower than those of the reference strain EMC/12 and became undetectable on both polypropylene and stainless-steel surfaces after 24 hours.

By contrast, all viral strains exhibited significantly reduced stability on copper and silver surfaces after 24 hours, although the copper surface was the most effective at reducing viral titers.

"While copper and silver are generally appreciated for their antibacterial properties, copper has recently been shown also to have antiviral properties against influenza A H1N1 and SARS-CoV-2," says Munster and colleagues.

"Taking advantage of the antiviral properties of copper and silver could be a relatively straightforward method to decrease nosocomial transmission," advises the team.

In vitro replication of the various MERS-CoV isolates

No other significant differences were observed across the different isolates in either VeroE6 cells or HAE cultures.

Testing the isolates in mice

When the researchers inoculated groups of mice (10 mice per group) with the different MERS-CoV strains, all animals started to lose weight between 2 and 5 days following inoculation.

However, body weight then continued to decrease across all groups of mice, except for the group inoculated with C/BF/15, where only one mouse continued to lose weight.

Similarly, the team observed a ruffled coat, increased breathing rate, reluctance to move, and hunched posture across all groups of mice, except for mice inoculated with C/BF/15 that did not lose weight.

What are the study implications?

"These results suggest that while betacoronaviruses may have similar environmental stability profiles, individual variation can influence this phenotype," says Munster and colleagues.

"Overall, we observed a range of stability, replication and pathogenesis phenotypes between different MERS-CoV isolates, underscoring the importance of continued surveillance of this virus and other coronaviruses such as SARS-CoV-2," concludes the team.

Sally has a Bachelor's Degree in Biomedical Sciences (B.Sc.). She is a specialist in reviewing and summarising the latest findings across all areas of medicine covered in major, high-impact, world-leading international medical journals, international press conferences and bulletins from governmental agencies and regulatory bodies. At News-Medical, Sally generates daily news features, life science articles and interview coverage.