Official from 20 states told the New York Times that the way the federal government was rolling out shots was inefficient and lacking. Many shipments were ending up in the wrong state. Local officials also had little ability to track when the jabs would arrive, limiting their ability to plan distribution. Sometimes, the shots would arrive improperly labeled or packaged – leading to shots getting spoiled.

These failures are making America’s already sparse access to the shots even worse. According to most recent figures from the Centers for Disease Control and Prevention (CDC), federal officials have made 1.1 million jabs available to states and have delivered 600,000 to local heath departments. Experts estimate it will take at least three million doses just to vaccinated men who have sex with other men – the highest risk group.

These issues arise as America’s monkeypox outbreak – the largest in the world up to this point – continues to spiral. The CDC reported 419 new cases on Friday, the most recent update, bringing the national case tally for 11,177. No U.S. deaths have been reported as part of the outbreak. 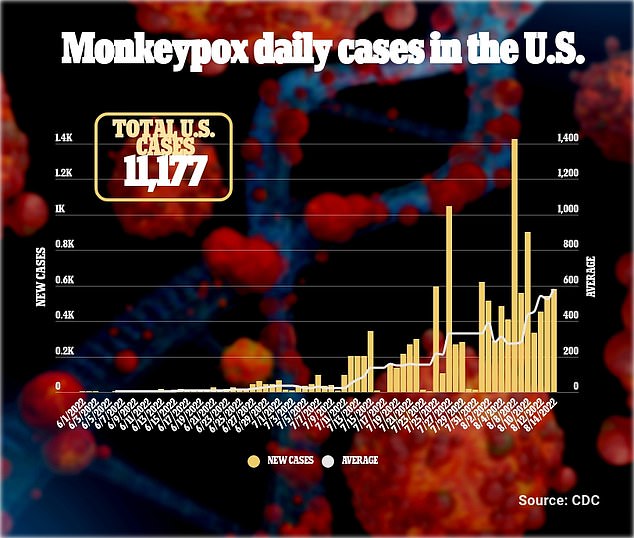 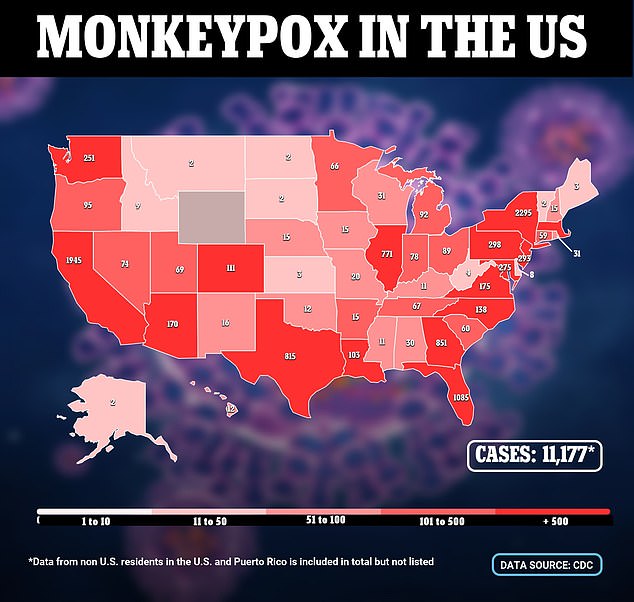 ‘Our response is completely inefficient and breaking the back of state and local responders… [I’ve never] seen this level of frustration and stress,’ Claire Hannan, executive director of the Association of Immunization Managers, told the Times.

Of the 20 states that reported issues, more than half are run by Democrats. This signals that these frustrations are not a political ploy.

The Jynneos vaccine at the center of the nation’s monkeypox response is manufactured by the Danish firm Bavarian Nordic. It was initially targeted at smallpox, but is effective against the tropical virus as they fall within the same family of orthopoxvirus.

The jab is being distributed directly from the National Strategic Stockpile – not through the VTrckS system used to deliver the COVID-19 jab around the country.

Officials have complained the system used for monkeypox is clunky, inefficient and does not give them enough information as to the status of their order.

Currently, each state has five distinct places where shots are delivered. Local officials are then responsible for distributing them within the states.

For larger states like California and Texas – this can make the mere transport of shots to areas that are not around one of the five distinct delivery spots a problem.

Local authorities also have little knowledge of when the shots will arrive. They are not given any tracking data, making it tough to plan transport for them. 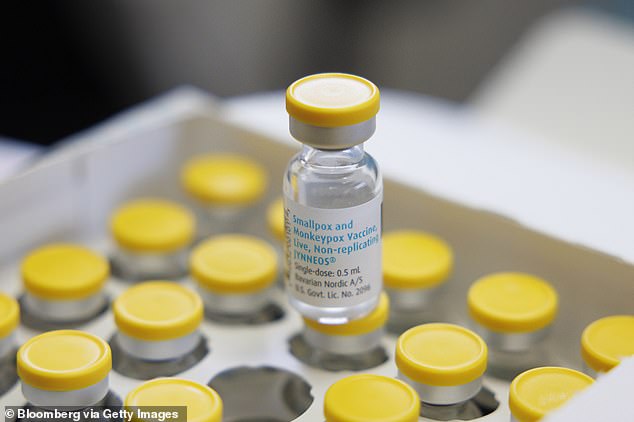 Access to the Jynneos vaccine has been limited in the U.S., with only 1.1 million doses having been made available so far and 600,000 distributed to local officials (file photo)

‘We had no way to track vaccine shipments, when they actually shipped or when they were going to arrive… they just showed up with no notice.’ Chris Van Deusen, director of media relations at the Texas Department of State Health Services, told the Times.

Sometimes the packages are not clearly labeled as containing vaccines – which can lead to the shots not getting proper storage upon arrival.

Jabs will often end up in the wrong place as well. One 5,000 dose shipment intended for Fort Lauderdale, Florida, ended up in Oklahoma, Tennessee and Mississippi before reaching its intended location in the Sunshine state.

The Times reports that doses delivered to Idaho and Minnesota ended up unusable because of poor packaging.

The federal government responded to these complaints by saying the strategic stockpile’s goal is to push out shots as quickly as possible – instead of using the ordering system used during Covid.

These complaints arise as the federal government plans to overhaul the rollout of the shots. Not logistically, though, but instead by slashing the doses to make limited supplies go further.

Federal officials are planning on delivering doses of the vaccine that are only 0.1 milliliter (ml) – a massive drop from the 0.5 ml standard dose.

They believe that using an intradermal injection – which delivers the vaccine between the layers of the skin instead of underneath the skin’s fat – will make sure the shot is just as effective. 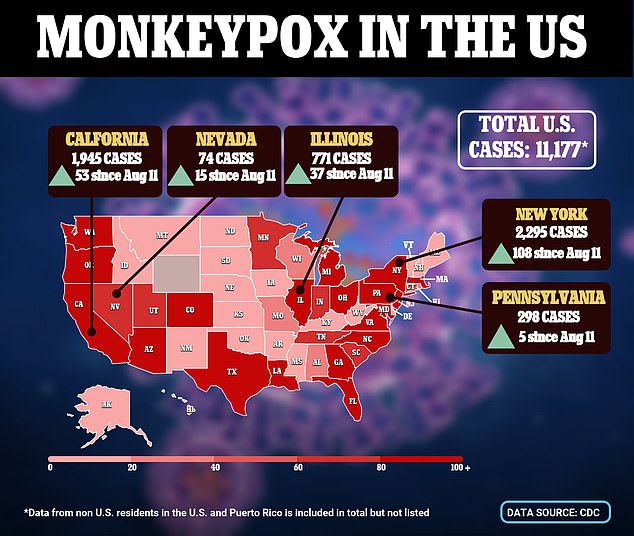 But there are some questions as to whether this is the right move.

In 2015, researchers gathered that smallpox vaccines were just as effective when delivered in smaller doses if the injection was performed intradermally.

Paul Chaplin, CEO of Bavarian Nordic, published an open letter to Dr Xavier Becerra, secretary of the Department of Health and Human Services and Dr Robert Califf, commissioner of the Food and Drug Administration expressing concerns about the lack of data supporting the plan.

The Danish pharma giant is asking for more trials to be performed on the effectiveness of the smaller doses before the nation overhauls its vaccine strategy.

Currently, shots are mainly reserved for men who have sex with other men – though some exposed people have been granted the shot as a precaution.

Meanwhile, the nation’s monkeypox outbreak continues to spiral. Nearly 6,000 of the 11,177 total cases reported in America so far have come since August 1.

New York still makes up the largest portion of cases, having reported 2,295 since the virus was first found stateside in May. A majority of those cases are in New York City.

California (1,945 monkeypox cases confirmed) and Florida (1,085) are the only other states that have logged more than 1,000 cases each.