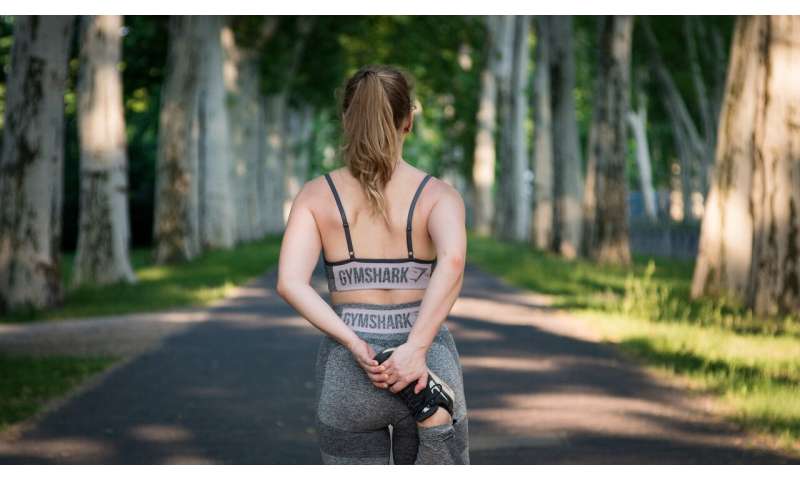 Physical activity of any intensity is beneficial for health, but more intense activity has greater benefits, according to a new study published today in Nature Medicine. In the largest study to date of accelerometer-measured physical activity, a team led by researchers at the Medical Research Council (MRC) Epidemiology Unit at the University of Cambridge analyzed data from more than 96,000 UK Biobank participants.

A challenge facing researchers has been that the low intensity, incidental movement that accumulates in the course of everyday activities is very hard to recall accurately, and consequently difficult to measure using questionnaires. Wearable devices have enabled better detection of this type of movement that makes up the majority of our daily physical activity, but until now have not been used on a large enough scale to determine if more intense activity makes a contribution to health, distinct from increasing total volume.

The researchers used data from 96,476 middle-aged adults in Great Britain to investigate whether activity of moderate intensity or above contributed to a lower risk of death over and above its contribution to total volume of activity. These individuals wore a research-grade activity tracker on their dominant wrist for a week as part of their participation in the UK Biobank study. The researchers used the data on the duration and intensity of movement collected to calculate the total volume of activity, expressed as physical activity energy expenditure (PAEE). The researchers also determined the percentage of that volume that was achieved through moderate and vigorous intensity activity.

The UK Biobank participants had an average PAEE of 40 kJ/kg/day, a third of which was from activity of at least moderate intensity, again on average. Owing to the large scale of the study, there was much variation in the underlying intensity contributions to similar volume levels.

The researchers examined if physical activity levels were associated with the risk of death in the follow-up period of on average 3.1 years. During this time 732 of the 96, 476 participants died, though the researchers excluded those who died within the first year from their analysis, and took existing conditions such diabetes, heart disease, and cancer into account as these might reduce physical activity.

Expending more energy of any intensity was strongly associated with a lower risk of death over the following three years. Participants who accumulated 20 kJ/kg/day through physical activity were a third less likely to die compared to those who accumulated 15 kJ/kg/day, when the proportion from at least moderate intensity activity was 10% in both cases. The additional activity is the equivalent to a 35-minute stroll, with an extra two minutes at a brisker pace.

Those who accumulated 30 kJ/kg/day were about half as likely to die in the follow-up period compared to those who accumulated 15 kJ/kg/day, when the proportion from at least moderate intensity activity was 10% in both cases. However, if this volume of 30 kJ/kg/day included 30% from at least moderate intensity activity, then they were only about a quarter as likely to die. The difference between this scenario and the reference of 15 kJ/kg/day and 10% is equivalent to an hour’s stroll plus 35 minutes at a brisker pace.

Dr. Tessa Strain of the MRC Epidemiology Unit, and lead author on the paper, said:

“Our results show that doing more activity of any intensity is beneficial, but that expending those calories in more intense activity is better still. By gradually building up the intensity of physical activity we do each day we can improve our future health.”

Dr. Søren Brage, also at the MRC Epidemiology Unit and senior author on the paper, added: