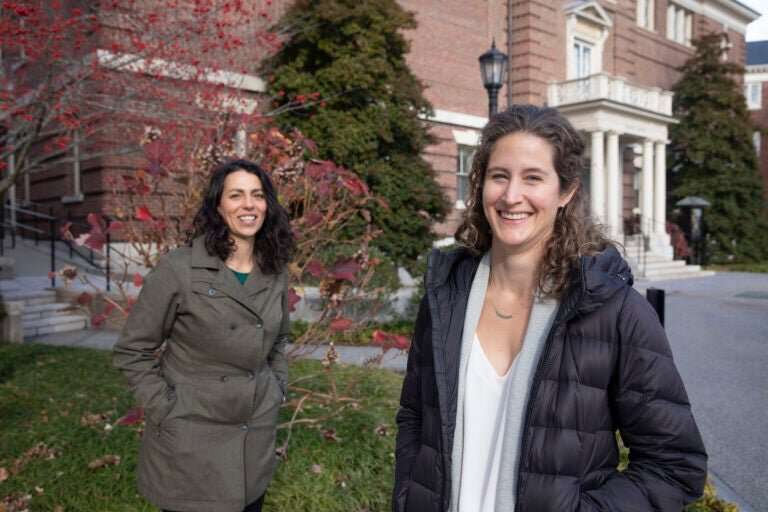 Many parents in past decades believed that intelligence and many other abilities were fixed traits. A child was born smart or not, and little could be done to change that. More recent research has upended that notion, and shown that encouraging parents to adopt a so-called growth mindset leads to better educational outcomes for their children. But it had been unclear at what point such a mindset can impact a child’s life, and new research hints it may start very early.

A recently released study by Mei Elansary, a pediatric specialist at Boston Medical Center, and five other scholars found that a maternal growth mindset could mitigate negative effects of stress on mothers in the early months of a child’s life and promote brain development. The team’s work built on previous research, including that of Meredith Rowe, Saul Zaentz Professor of Early Learning and Development, which showed the positive effects of a growth mindset in mother-child interactions.

The new inquiry included 33 mothers and their children, who were 12 months of age and part of a longitudinal cohort study on the role of stress and child development. The study was led by Charles Nelson, professor of pediatrics and neuroscience at Harvard Medical School and professor of education at the Harvard Graduate School of Education. The mothers were recruited from the primary care clinic at Boston Children’s Hospital, which serves families who are publicly insured.

The study’s researchers asked mothers about their mindsets and stress levels. Children’s brain activity was observed through electroencephalography. Previous research has shown the negative impact of maternal stress not only on interactions and attachments between mother and infants, but also on childhood brain development.

The new results showed lower brain activity for infants of mothers who felt stressed and had fixed mindsets. In contrast, infants of moms with a growth mindset did not display negative impact.

Nelson and Elansary co-authored with Dana McCoy, Marie and Max Kargman Associate Professor in Human Development and Urban Education Advancement at the Ed School; Wendy Wei, a doctoral student who does her work at the Ed School; Lara Pierce of York University; and Barry Zuckerman, professor and chair emeritus of the Department of Pediatrics at Boston University School of Medicine/Boston Medical Center.

Although the study is small, it is the first to look at mindset, infants, and brain development. For McCoy, that is one of the study’s major contributions. Previous studies have examined the links between growth mindsets and positive outcomes in children’s learning, she said.

“What’s exciting about this study is that it shows that mindsets are related to outcomes as early as infancy,” said McCoy. “It does suggest some initial evidence that there are really biological underpinnings for how mindsets become embedded in kids, or how maternal mindsets might become embedded within kids at a very young age.”

But while the study shows that growth mindsets can head off the negative implications of maternal stress, they’re not a panacea for the systemic barriers new parents face, said McCoy.

“We need to advocate for interventions that support growth mindsets, but at the same time, we need to acknowledge that there are huge systemic stressors and barriers placed on new parents, especially in the first year of children’s lives,” said McCoy. “Growth mindsets are not going to solve those.”