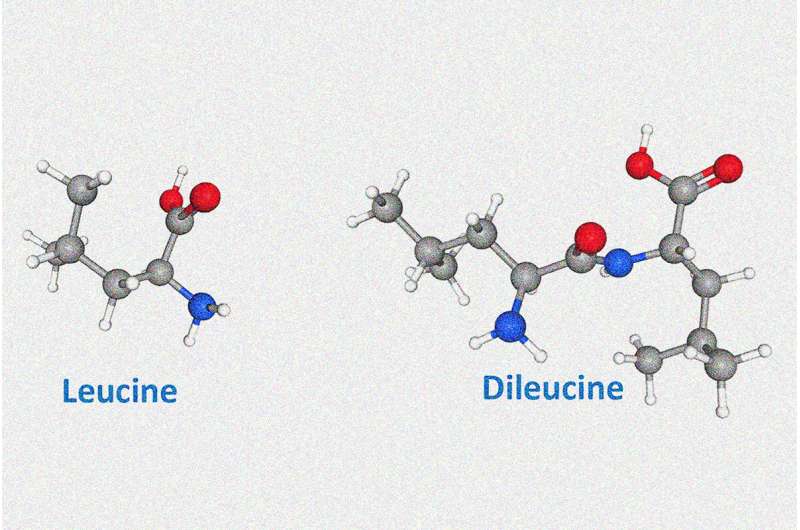 In a randomized control study of 10 healthy young men, researchers compared how consuming the single amino acid leucine or its two-molecule equivalent, dileucine, influenced muscle-building and breakdown. They found that dileucine boosts the metabolic processes that drive muscle growth 42% more than free leucine does.

They report their findings in the Journal of Applied Physiology.

Leucine, isoleucine and valine all are branched-chain amino acids, famous among body builders and health enthusiasts for their purported muscle-enhancing benefits. Like other amino acids, they are the building blocks of proteins. But leucine also acts as a signaling molecule that triggers muscle-building pathways in cells, said University of Illinois Urbana-Champaign kinesiology and community health professor Nicholas Burd, who led the new research with kinesiology graduate student Kevin Paulussen.

Digestion breaks the chemical bonds between the amino acids that make up proteins, resulting in a stew of shorter molecules, including free amino acids and dipeptides. Previous studies have suggested that the small intestine absorbs dipeptides like dileucine more rapidly than their single-molecule counterparts, Burd said.

“But few studies have examined whether dileucine in the diet makes it into the blood as a dipeptide or is first broken down into two leucine molecules,” he said. “And no studies have examined its effects on acute muscle-building and breakdown.” Burd’s laboratory is one of a small number of research facilities set up to study muscle protein metabolism in human participants.

For the new study, participants came to the lab after a 12-hour fast and were infused with stable isotopes, chemical probes that allow researchers to track the process of muscle protein synthesis and breakdown in their muscles. Then biopsies of muscle tissue were taken from the upper leg.

“After that, we fed them either 2 grams of leucine or 2 grams of dileucine,” Burd said. “And we studied their muscle-remodeling response for three hours.” This was a double-blind study, meaning that the data were coded to prevent participants and researchers from knowing who received leucine or dileucine in the initial phases of the study. Three more muscle biopsies were taken, at 30, 60 and 180 minutes after participants ingested the leucine or dileucine. 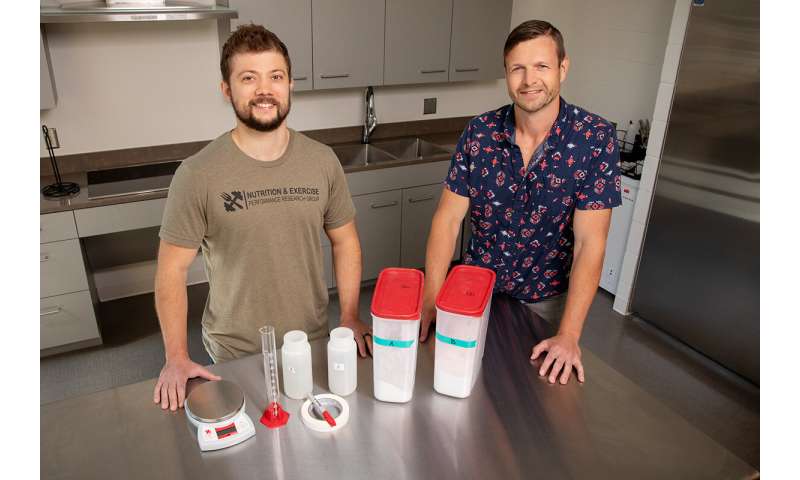 The next question was whether dileucine had any effect on muscle-building processes, he said.

Those who consumed dileucine had 42% more synthesis of new muscle proteins than those who ingested only leucine.

“To put that in perspective, exercise alone can cause a 100-150% increase in the muscle-building response,” Burd said.

The researchers also showed that animal-based proteins are the best source of dileucine in the diet. But Burd does not think people should start ingesting large amounts of animal protein or taking dileucine supplements to enhance their muscle metabolism. The study is only a first step toward understanding how the body uses dipeptides, “and focusing on a single nutrient doesn’t provide a perspective on how the overall diet and eating pattern impacts muscle growth,” he said.