A team of scientists from the United Kingdom recently conducted a large-scale screening of several membrane-bound and soluble host cell receptors to identify novel binding partners for severe acute respiratory syndrome coronavirus 2 (SARS-CoV-2). They have identified three novel receptors expressed on the human cell membrane; of which, one binds to SARS-CoV-2 spike with similar affinity as angiotensin-converting enzyme 2 (ACE2). The study is currently available on the bioRxiv* preprint server. 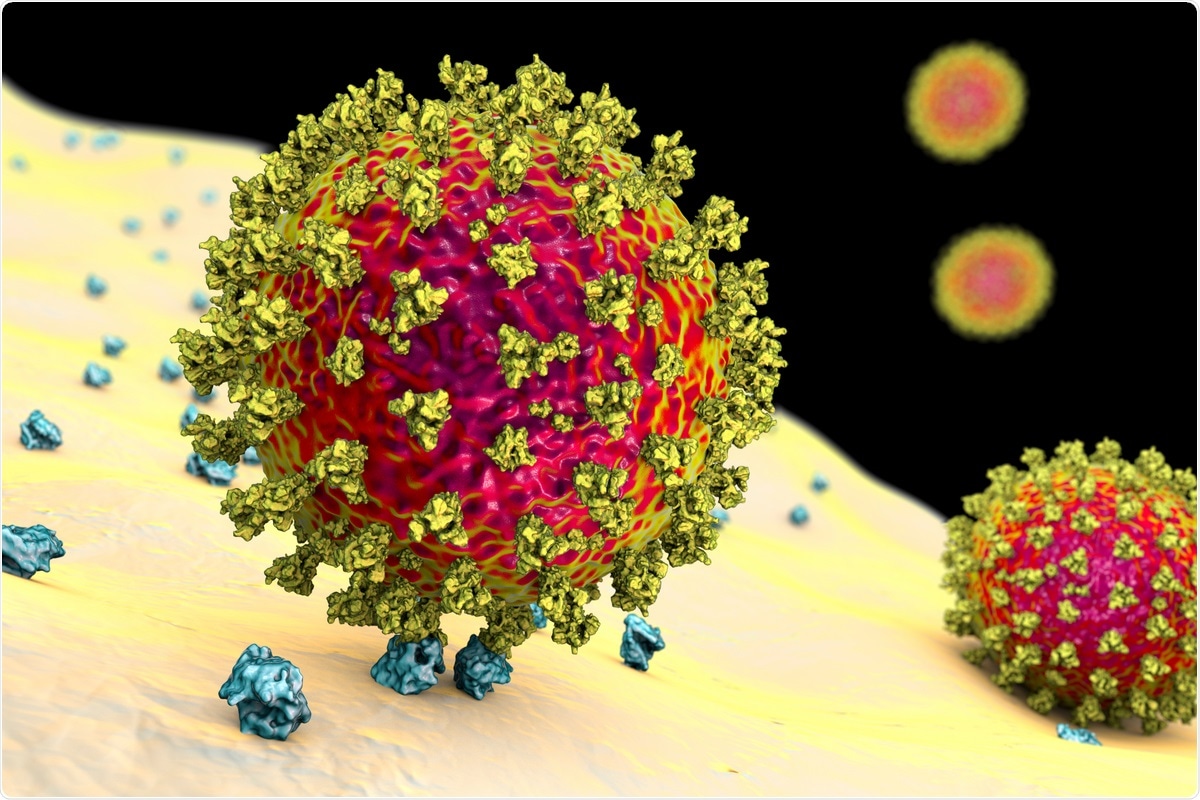 Severe acute respiratory syndrome coronavirus 2 (SARS-CoV-2), the causative pathogen for coronavirus disease 2019 (COVID-19), is a single-stranded, positive-sense RNA virus with a genome size of around 30 kb. There are genetic sequence similarities between SARS-CoV-2 and other lethal members of the human beta-coronavirus family, such as SARS-CoV and Middle East respiratory syndrome coronavirus (MERS-CoV). Regarding the mode of viral entry, it is now well-established that the interaction between SARS-CoV-2 spike protein and host cell ACE2 receptor is the key step to initiate viral infection. In addition to ACE2, the host cell protease TMPRSS2 plays a pivotal role in proteolytically activate the spike protein and initiate virus envelop – host cell membrane fusion. Furthermore, a growing-pool of evidence highlights the presence of other membrane-bound or soluble human receptors/coreceptors, such as neuropilin-1 and basigin, which may facilitate the entry of SARS-CoV-2 into host cells.

In the current study, the scientists have conducted a large-scale screening of several human receptors to identify novel interactive partners for SARS-CoV-2. Specifically, they have screened a library of more than 8,500 membrane-bound and soluble receptors recombinantly expressed in human cells. To conduct binding experiments, they have also expressed and purified recombinant trimeric spike protein of SARS-CoV-2.

For further validation, the scientists tested the interaction dynamics of microarray-identified proteins via flow cytometry, using spike-expressing human cells. The findings confirmed the specific interactions of all identified proteins with the SARS-CoV-2 spike protein. Similar to the microarray findings, the flow cytometric results revealed exclusive interactions between SARS-CoV-2 spike protein and host cell NID1, CNTN1, and APOA4 proteins. Importantly, the findings revealed that APOA4 interacted with the spike protein with a similar affinity as ACE2.

The study identifies three novel binding receptors, namely NID1, CNTN1, and APOA4 for SARS-CoV-2, with APOA4 having a similar binding affinity for the spike protein as ACE2.

APOA4 is a lipoprotein expressed in the intestinal enterocytes and plays an important role in lipid metabolism. The protein is also known to facilitate the entry of hepatitis C virus into the host cells. Since 30% of COVID-19 patients present with gastrointestinal complications, the scientists suggest that APOA4 may serve as a potential intestinal entry point for SARS-CoV-2.

Of the other two novel receptors, NID1 is a basement membrane glycoprotein tightly associated with laminin and collagen networks. The protein is known to play a crucial role in the cell-extracellular matrix interaction. Similarly, CNTN1 is a neuronal membrane adhesion protein that facilitates the formation of a neuronal network.

Furthermore, the study identifies a panel of binding receptors belonging to the C-Type Lectin Domain Family 4 (CLEC4), which are known to have high affinity for glycoproteins present on the viral envelop, and thus, may influence the transmission of SARS-CoV-2.