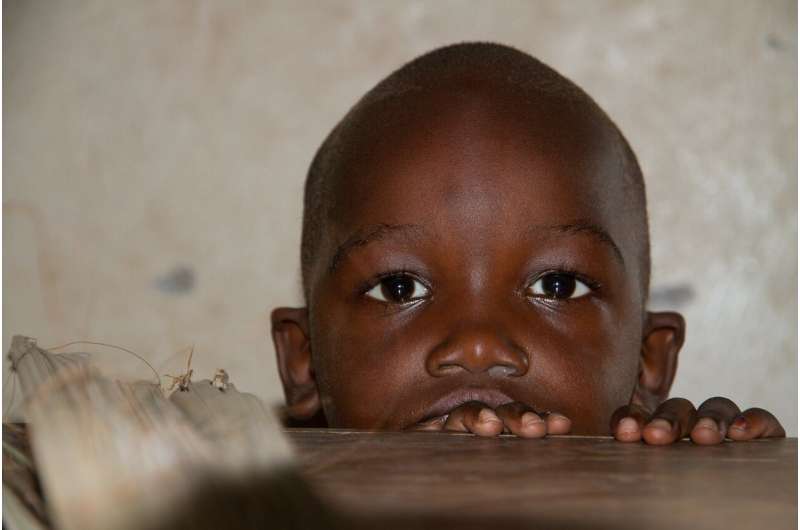 A new study of the genetics underlying facial features finds that East Africans have some unique facial genetics and some that are shared with Europeans. The findings, published August 19th in PLOS Genetics by Chenxing Liu, Seth Weinberg and John Shaffer of the University of Pittsburgh and colleagues, add to our understanding of how genetics shape the human face.

The remarkable range of shapes and sizes of the human face is largely the result of genetics. Previous studies have linked more than 100 genetic sites to facial characteristics, but most of these studies included only European or Asian populations. In the new study, Liu and colleagues focused on an East African population to expand our knowledge of the genetic factors behind human facial features.

The team analyzed 2,595 3D facial images collected from Tanzanian children and scanned their genomes to find genetic sites linked to specific features. The researchers identified 20 regions on the genome associated with face shape. Several of these genetic variants play a role in embryonic cells that give rise to facial structures very early in life—around 3 to 6 weeks after conception. Ten of the genetic sites were previously identified in European populations, suggesting that the genetic basis for human face shape is partly shared across populations.

Shaffer adds, “Our findings confirm that the genes connected to human facial features are basically the same across populations. Observed differences were mostly explained by how frequently an allele occurs in a given population. By comparing populations, we were able to uncover genetic signals that would otherwise remain obscured and narrow the field of genetic variants that are functionally impacting facial traits.”

The new study in Tanzanians uncovered novel sites and genes potentially related to face shape and also advanced the understanding of sites that were already recognized in Europeans. Overall, these findings shed light on the genetic and biological basis underpinning the diversity of human facial structures. They may also offer insights into the biological mechanisms responsible for how the face forms and the causes of facial deformities.