The idea that coronavirus disease 2019 (COVID-19) is a zoonotic disease is very popular. The theory that the initial case occurred from transmission from a bat in a wet market in Wuhan gained massive media attention in the first months of the pandemic. While other theories have gained more attention since there can be no denying that the disease has shown several zoonotic events since then. Severe acute respiratory syndrome coronavirus 2 (SARS-CoV-2) and variants have been identified in mink, several rodents, and several zoo animals, including pumas, gorillas, and snow leopards. In a paper published in Emerging Infectious Diseases, researchers from the University of Veterinary Medicine Hannover have been investigating the spread of the disease in domestic cats in Europe. 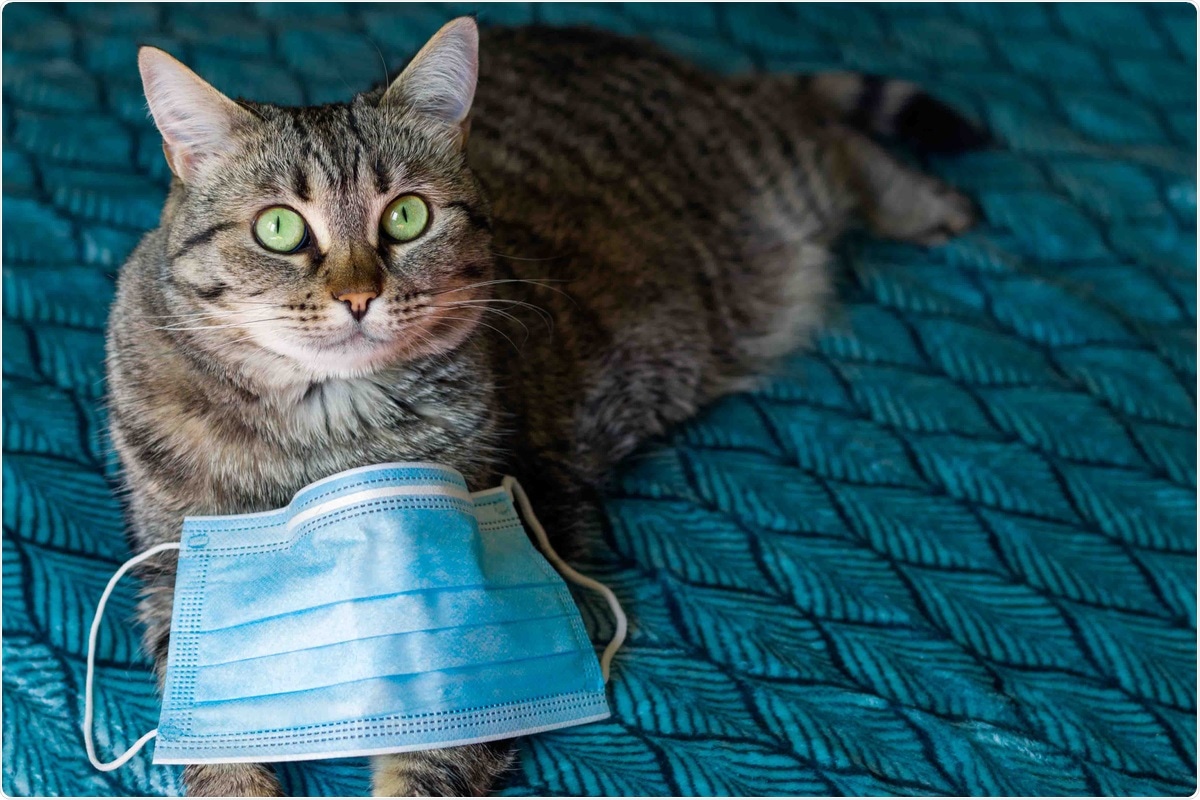 Many vaccines and treatments for the disease target the spike protein for SARS-CoV-2. It is essential for the pathogenicity of the organism. The spike protein is a trimer with many copies that cover the virus's surface and is formed of two subunits. S1 contains a receptor-binding domain (RBD) that can bind to several receptors, including angiotensin-converting enzyme 2 (ACE2), to allow viral cell entry. The N-terminal domain of the S2 subunit is responsible for membrane fusion.

The researchers collected over 2000 samples in total from cats in Europe. Between April and June 2020, 1136 samples were collected from Germany, 331 in the UK, 333 in Italy, and 360 from Spain. Around 1800 of these came with information on the cat's age, with an average age of 11 years. Twenty-five pre-pandemic cat serum samples and 25 samples from cats were confirmed to have tested positive for feline coronavirus.

The scientists used a plaque-reduction virus neutralization test (VNT) to measure seroconversion by analyzing the rate of virus neutralization. They developed an indirect ELISA to detect RBD antibodies by replacing the anti-human IgG conjugate with an anti-cat IgG conjugated to validate these results further. The performance of this ELISA was evaluated using Pearson correlation, and the VNT was analyzed using Gaussian distribution analyses.

In total, SARS-CoV-2 seroprevalence was around 4.2% in Germany, 3.3% in the UK, 4.2% in Italy, and 6.4% in Spain. Both tests revealed similar results, with the VNT showing a total of 96 positive samples and the ELISA 92 positive samples. The Gaussian distribution analyses showed a strong correlation between the sensitivities of the new tests. Both controls showed negative results for all samples in both tests, confirming the specificity of the assays.

The ELISA showed higher sensitivity and specificity than the VNT. Still, the VNT proved better at detecting low titer positive samples – probably because it can detect a broader range of virus-neutralizing antibodies. In contrast, the ELISA can only detect anti-RBD antibodies.

While most COVID-19 infections in felines appear to run either a mild or asymptomatic course, and there is little evidence of common cat-to-human infection, it is likely that the disease first transferred to cats through a zoonotic event from humans. Further investigation into the transmission of COVID-19 in animals and zoonotic events is important, as animal populations could provide a reservoir for the disease. In other animals, such as mink, the disease spreading between humans and mink is fairly common, and there is evidence that the disease could also infect other primates.

The authors highlight that their tests show very similar results and suggest further testing for WT SARS-CoV-2 in felines be completed using their homemade ELISA, as there is no need for a live virus, avoiding the requirement for a Biosafety Level 3 Laboratory. Further, they suggest that to prevent cross-infection between humans and domestic cats, infected individuals should maintain social distancing with their cats, wear masks when within the same room, and generally avoid close contact. The researchers admit that as all samples were sent to veterinary diagnostic laboratories for conditions other than COVID-19, they may not fully represent the European cat population.

However, this study provides valuable insight into the spread of SAS-CoV-2 amongst feline populations and provides tools for further investigations. The same concept used for their ELISA could also be adapted to investigate the spread in other animals, which could be more likely to show cross-infection with humans. As vaccination rates in the US and UK stall, it appears the disease will likely last for significantly longer than originally assumed. Understanding the zoonotic effects and the spread among domestic animals could be extremely important in minimizing future outbreaks.