The study enrolled over 1,000 participants, recruited from routine HIV services in and around the inner city area of Hillbrow, and analyzed two of the current Department of Health antiretroviral regimens recommended in the 2019 ART guidelines, and a third regimen favored by higher-income countries.

The newer regimens appeared to have side effect and resistance benefits over older regimens, and potential cost benefits, but little research had been done on African populations with them till now.

All three regimens were very potent and well tolerated by patients, however, the newer regimens containing dolutegravir (DTG) and tenofovir alafenamide (TAF) demonstrated a large increase in weight, especially in women.

After 96 weeks of treatment, the percentage of people with viral suppression was:

There were no significant differences in overall efficacy between the three treatments tested.

In terms of weight gain, after 96 weeks of treatment, men gained:

For women, at the same timepoint, the weight gain was:

The treatment emergent obesity for women at week 96 was: 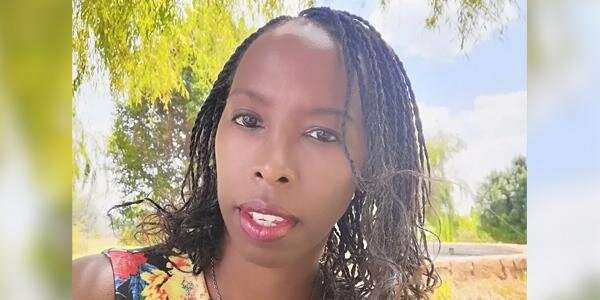 Dr Simiso Sokhela, lead clinician on the study, presented additional results in a high-profile oral presentation at the 23rd International AIDS Conference in July, commented: “We are concerned about the weight gain and body composition changes which are more severe in women, and we have predicted new risk of associated diabetes and other complications, especially when taking both TAF and DTG together. The 96 week results supports the WHO treatment guidelines which reserve TAF only for patients with osteoporosis or impaired renal function.”

Professor Francois Venter, head of Ezintsha at Wits, added, “This was a huge and complex international collaboration, and I am proud of the team achieving such a high quality result. We thought we had found the magic bullet for our patients, but it is clear there is much more work to be done on antiretroviral safety. It is imperative we do these studies locally, as toxicity seems to vary significantly by population.

One of the most worrying data points were that the women in the study were actually heavier than the men before starting treatment, a stark reminder that South Africa has a major obesity problem among women, made worse with these new drugs.

It’s a headache for public health programs that have delivered HIV treatment so effectively in the last decade, and we need to be looking to the future for alternatives that are safer.”

The study team is considering the best options for patients to reduce their risk of long-term co-morbidities, and will be consulting with patient groups, researchers and other expert groups to get guidance.

The results support the current recommendation from the World Health Organization to use dolutegravir as first-line treatment for HIV, with efavirenz as an alternative option. However, the results suggest that dolutegravir should be combined with TDF/FTC, which is associated with suppression of weight gain, and not with the newer combination of TAF/FTC, which is associated with excess weight gain and clinical obesity, especially in women.

South Africa has the largest antiretroviral program in the world with over 6 million people on treatment. The program has resulted in a large increase in South African life expectancy and it has contributed to a large decrease in new HIV transmissions over the last few years.

Of concern is that South Africa has an obesity epidemic, with related diabetes the second commonest cause of death in the country, and both are implicated in Covid-19 severity.