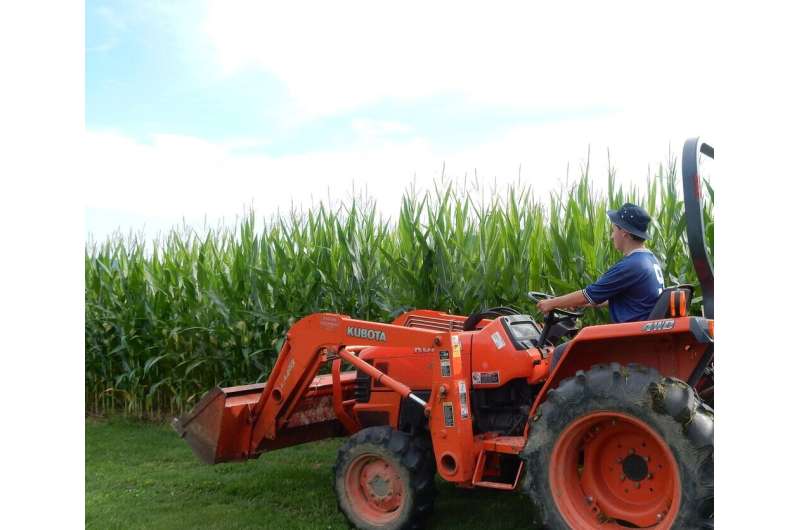 A new study by Penn State researchers, who looked at emergency room admissions across the U.S. over a recent five-year period in a novel way, suggests that the agriculture industry is even more dangerous than previously believed.

The research revealed that from Jan. 1, 2015, to Dec. 31, 2019, more than 60,000 people were treated in emergency departments for nonfatal, agricultural-related injuries. Significantly, nearly a third of those injured were youths, according to study author Judd Michael, Nationwide Insurance Professor of Agricultural Safety and Health and professor of agricultural and biological engineering, College of Agricultural Sciences.

“This study revealed the true magnitude of the agricultural-related injury problem,” he said. “We were slightly surprised at the sheer number of farm-related injuries and concerned by the high number of youths who were injured.”

Before this research, knowledge of nonfatal agricultural injuries was somewhat limited by the available sources of information, Michael noted. Existing data are based mostly on regional or national periodic surveys, he added. The Bureau of Labor Statistics captures only nonfatal occupational injuries through its Survey of Occupational Injuries and Illnesses, often called the SOII.

That survey collects data on work-related nonfatal injuries and illnesses among employees in all industries in the U.S. But its data exclude self-employed farmers and family members as well as workers on farms with fewer than 11 employees.

“It has been estimated that the SOII was undercounting occupational injuries and illnesses in agriculture by about 78%,” Michael said.

To reach their conclusion, researchers conducted a cross-sectional study using data from the U.S. Consumer Product Safety Commission’s National Electronic Injury Surveillance System—or NEISS—for patients treated in emergency departments over the five-year period. By querying all cases in the NEISS database using the location code “farm,” and with a narrative search using relevant key words, they created a unique view of one of the country’s most dangerous occupations.

Over the period, an estimated 62,079 people were treated in an emergency department for agricultural-related injuries. The mean age estimate in this population was 39 years old, with ages ranging from 1 to 95. Almost two-thirds of patients were male, and almost 80% were white. Approximately 30% and 22% of those injured were youth and elderly patients, respectively. These age groups are usually not present in the typical workforce but are involved in agriculture.

According to findings recently published in the Journal of Agromedicine, most injuries occurred from April through September. The most common injury was fracture, followed by open wound or amputation. The primary source of injury was in the “vehicles” category, with tractors being the dominant vehicle type.

Historically, researchers have known that youth are at greater risk than adults for injury around a farm or ag environment, but it is not necessarily because they are working, Michael noted. Rather, in family farm environments where the kids are present, they are exposed to dangers.

“Small farms are family-oriented businesses, and often they have all their family members helping out,” he said. “And the kids who are helping out or visiting the farm are exposed to hazards that they may not understand or know how to react to. They’re not mature enough to foresee hazardous situations. And that leads to injuries or worse, in some cases, fatalities.”

Getting a better handle on the number of agriculture-related injuries and how they occur is important, Michael pointed out, because that knowledge may lead to a reduction in accidents.