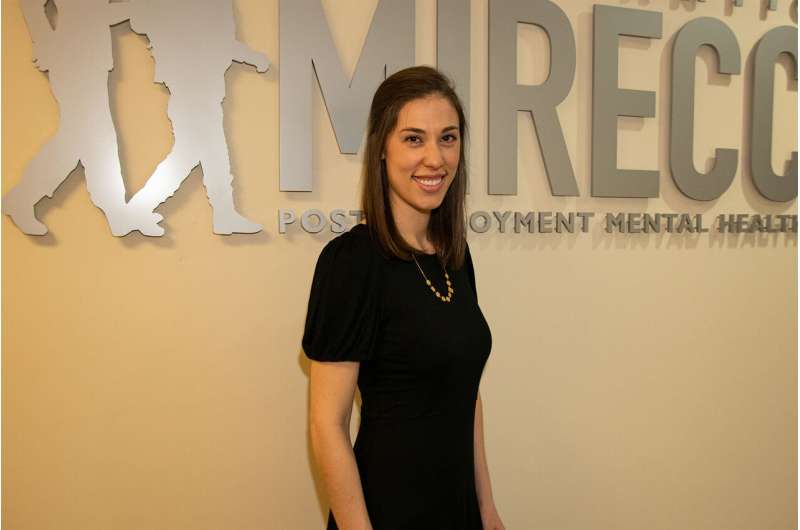 A new Veterans Affairs study finds that combat experience is associated with a higher risk of alcohol use to cope with PTSD symptoms. But the connection is weaker when accounting for the severity of the PTSD.

The findings appeared online in the Journal of Dual Diagnosis in March 2021.

In an observational study of more than 11,000 men with at least one traumatic experience, the researchers found that those with combat experience were much more likely than those without to report drinking alcohol to cope with PTSD. The diversity of traumatic experiences, the severity of PTSD, and diagnoses of alcohol abuse or dependence were significantly tied to drinking to cope with PTSD.

However, combat experience was not strongly linked to drinking to cope when the researchers adjusted for a person’s total number of PTSD symptoms.

“This interpretation is supported by higher rates of PTSD and greater PTSD symptom totals among men with [combat experience] versus those without in our sample, as well as with prior research linking PTSD severity to both combat exposure and hazardous alcohol use. Alcohol use may be perceived by military combat Veterans as an effective, socially acceptable strategy for coping with PTSD symptoms and associated distress, perhaps due to certain personality factors, masculinity-related gender norms, or general attitudes toward alcohol common in the military. These and other possible interpretations warrant additional research attention.”

Dr. Shannon Blakey, a postdoctoral fellow at the Mid-Atlantic Mental Illness, Research, Education and Clinical Center at the Durham VA Health Care System in North Carolina, led the study. Dr. Jack Tsai and Dr. Eric Elbogen, both of the VA National Center on Homelessness Among Veterans, were the co-authors.

Blakey was most surprised by two of the findings.

“First, the association between combat experience and drinking to cope was statistically significant when adjusting for the presence versus absence of a PTSD diagnosis, but not when adjusting for the number of PTSD symptoms,” she says. “This suggests that drinking to cope among trauma-exposed men is more strongly associated with PTSD severity than the mere presence of PTSD.”

“Second, our analyses showed that trauma-exposed men without combat experience were more likely than men with combat experience to report an alcohol use disorder,” she adds. “That’s not entirely consistent with previous research and highlights the complexity of associations between trauma exposure, posttraumatic experiences, drinking to cope, and drinking severity among trauma survivors.”

Understanding the complicated nature of PTSD is one of VA’s most pressing challenges. Large percentages of Veterans who fought in Vietnam, the Gulf War, and Iraq and Afghanistan have had PTSD sometime in their lives. Symptoms include flashbacks, nightmares, hypervigilance, aggressive behavior, and anxiety.

Studies have shown that PTSD increases the risk for drinking problems. But research has been scant on whether combat experience is linked to alcohol use to cope with PTSD.

Blakey’s team used data from men who took part in the National Epidemiologic Survey on Alcohol and Related Conditions. The survey recruited a nationally representative sample of U.S. adults between 2004 and 2005, including Veterans and non-Veterans.

The researchers focused mostly on the responses to the yes-no question, “Did you ever drink alcohol to improve your mood or to make yourself feel better when you were [experiencing PTSD symptoms]?” They adjusted for whether the men met the criteria for alcohol use disorder. They were thus able to capture both drinking severity and drinking to cope with PTSD symptoms in their analyses.

The survey also asked participants if they were ever in combat. Nearly 1,400 said they had combat experience, and more than 10,000 said they did not. It’s possible that some in the latter group were non-combat Veterans. An analysis showed that drinking to cope with PTSD symptoms was more than twice as common among men with combat experience than those without (6.46% versus 2.37%).

Blakey says the findings raise questions that can be explored in future studies.

“Is there something unique about combat trauma, relative to other types of trauma, that increases the chances men will use substances like alcohol to ease their PTSD symptoms. Are men who experience combat more likely than men without combat experience to hold positive sociocultural beliefs about the acceptability and helpfulness of alcohol to cope with PTSD symptoms? Are men who assume combat roles at greater risk of drinking to cope due to some other pre-existing risk factor?”

Although a large sample size was a strength of Blakey’s study, the research had limitations. One of them was that the participants were specifically asked about their combat experience, not about their overall military service history. Therefore, it was unknown how many of the men without combat experience were Veterans. The study also did not include women.