The rapid spread of the severe acute respiratory syndrome coronavirus 2 (SARS-CoV-2) in the United States has stretched health care informatics beyond its limits. This is largely due to the increased demand for real-time in-depth information on viral load and antibody responses across the country.

This challenge was further complicated by the lack of accurate and timely testing that was available in the United States at the start of the pandemic. In fact, testing for SARS-CoV-2 was largely performed in response to suspected infections, rather than in a proactive manner. Antibody tests were also rarely performed.

In a recent study published on the preprint server medRxiv,* researchers aimed to monitor the levels of the anti-SARS-CoV-2 spike immunoglobulin G (IgG) levels in populations that were subjected to routine tests. Further, the authors correlated these serum levels with available infection, vaccination, and demographic data. 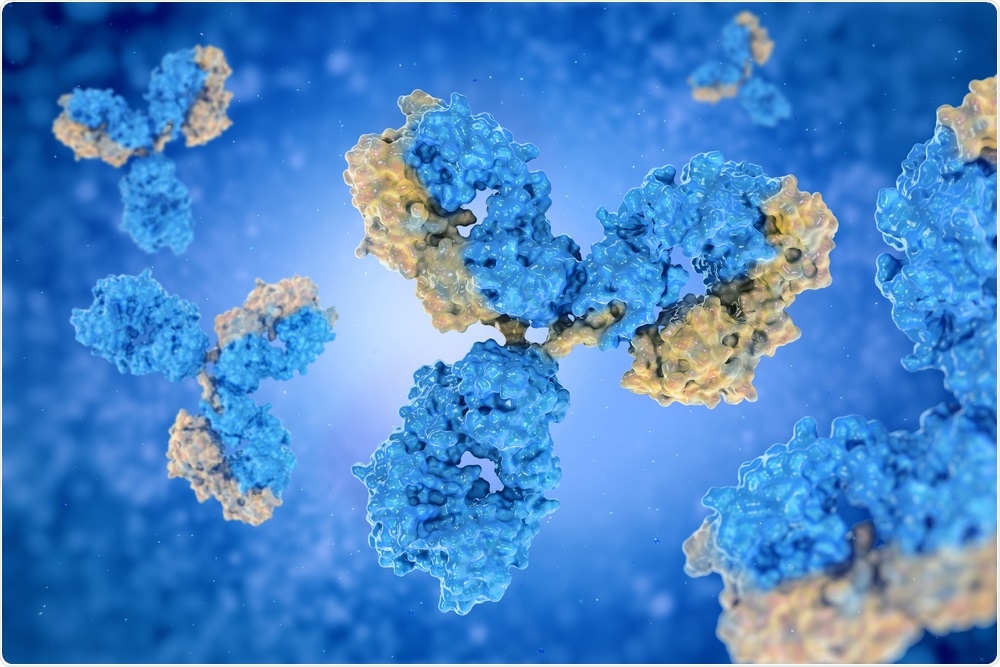 The current study involved 245 individuals, out of which 135 were female and 110 were male. A total of 19 participants had received the Johnson & Johnson (J&J) single-dose coronavirus disease 2019 (COVID-19) vaccine, whereas 141 and 72 had received the two-dose messenger ribonucleic acid (mRNA) Pfizer and Moderna vaccines, respectively.

Blood samples were collected from all participants. Titration based on the enzyme-linked immunosorbent assay (ELISA) was performed on the blood samples once a month for a total of eleven months to determine anti-SARS-CoV-2 antibody levels in the blood.

The study involved certain biases such as economic, cohort educational, and racial bias.

Individuals who had received the J&J vaccine exhibited lower antibody levels as compared to the other two vaccines, both in naïve and recovered individuals. Thus, it can be concluded that the efficacy of the J&J vaccine was lower than Pfizer and Moderna vaccines. 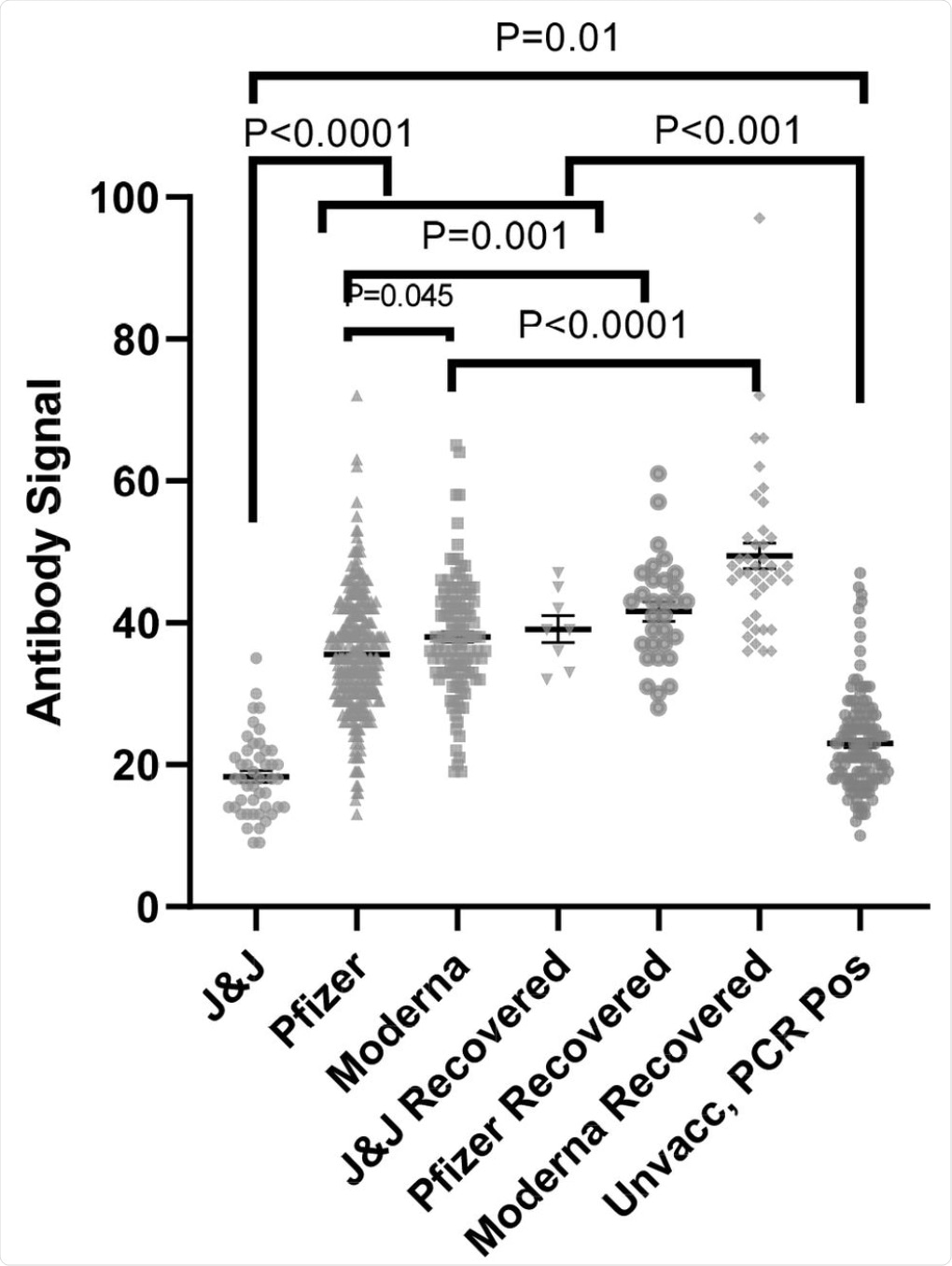 Anti-SARS-CoV-2 spike antibody (IgG) signals from samples from naïve and recovered individuals receiving vaccines from different manufacturers as compared to PCR positive unvaccinated individuals (data replicated from Fig 1). The numbers of independently collected replicates are (from right to left) 46, 122, 331, 8, 40, 31, and 133. Samples collected per individual are shown in Fig. S4.

“We observed little in the way of demographic impacts on antibody production, with only gender impacting infection recovery and no impact of gender, age, or race on responses elicited by the Pfizer and Moderna vaccines.” 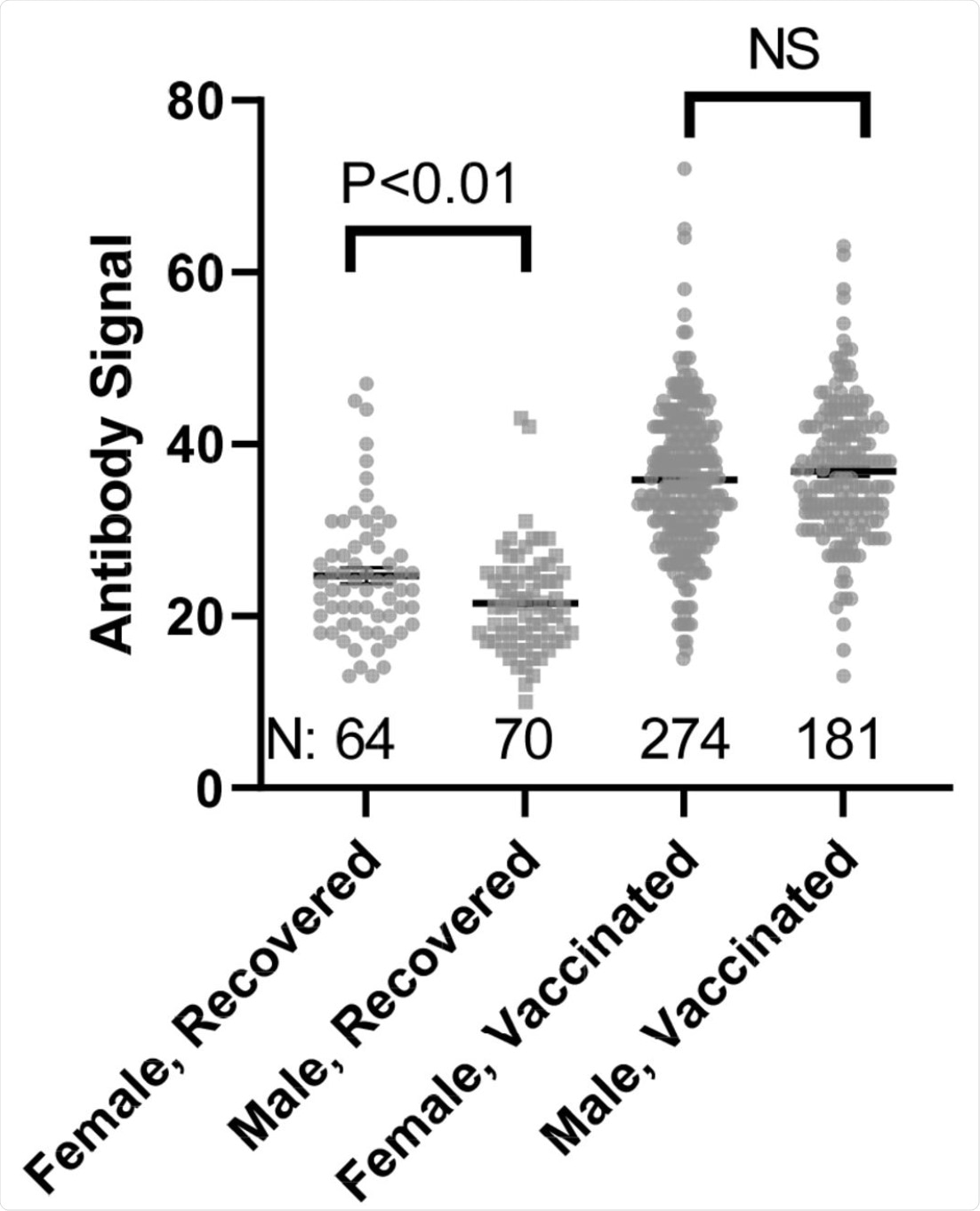 Comparison of Female and Male anti-SARS-CoV-2 spike antibody (IgG) signals. N refers to the number of independent replicates. Vaccinated group is only Pfizer and Moderna as other manufacturer groups did not achieve the numbers necessary for statistical comparison.

The study had certain limitations, of which included IgG binding to a single spike isoform, uncertainty in sample collection method and timing, as well as participants belonging only to a local community.