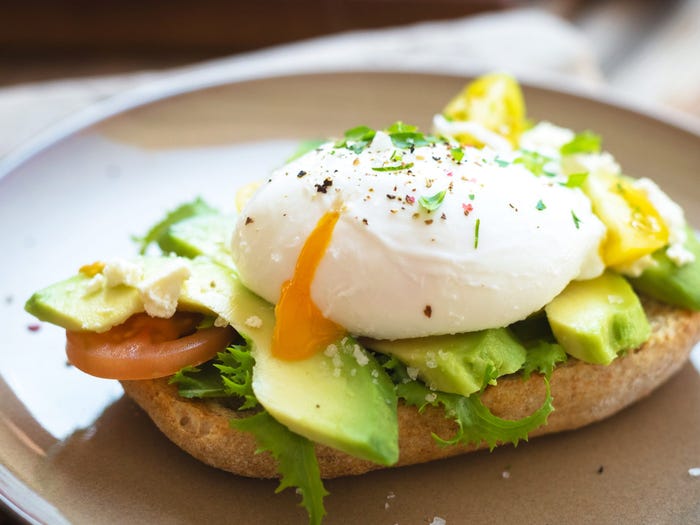 Switching out burgers, steaks, and bacon for beans, eggs, and dairy could reduce heart disease risk by as much as 20%, according to a new study published in The BMJ.

Researchers from the Harvard TH Chan School of Public Health looked at 43,272 American men for 30 years of follow up, collecting data on their eating habits, lifestyles, and health outcomes. None of the participants had cardiovascular disease at the start of the study.

Researchers also found that people who ate dairy and whole grains instead of red meat had a significantly lower risk of cardiovascular disease. The same was true of participants who ate eggs instead of processed meats.

Saturated fat and cholesterol are linked to higher risks, while fiber and antioxidants may help

One possible explanation of these findings is that red and processed meat are high in saturated fat, cholesterol, and heme iron, all of which have been previously associated with heart disease risks.

In contrast, plant-based foods are high in fiber, antioxidants, and polyphenols which are linked to reduced risk, according to Laila Al-Shaar,  postdoctoral research fellow at the Harvard T.H. Chan School of Public Health and lead author of the study.

However, the study looked at whole foods, not specific nutrients, so it's likely a combination of factors are involved, Al-Shaar said.

This study was unique in that it directly compared different sources of protein in people's diets, and the resulting health outcomes. Most nutritional studies on red and processed meat don't account for other aspects of participants' diets.

For instance, in many studies that don't specify the meat-free diet, participants may be replacing meat with other processed foods, including refined sugars. This makes it hard to assess how meat might affect health, since the comparison foods are so varied and many of them are also known to be unhealthy, according to Al-Shaar.

"The relation of red meat to risk of coronary heart disease is of great interest, and the observed associations are likely to depend on the foods to which red meat is compared," Al-Shaar told Insider. "Analyses that fail to specify comparison foods are by default mainly comparing red meat with these less healthy sources of calories."

The study only observed the associations between diet and disease risk over time, and doesn't show that meat directly causes an increase in heart disease risk. Participants were also mainly white, and all of them were health professionals of some kind, and these results may not be the same for other kinds of people.

"It would be useful to conduct a similar study on different populations to replicate our findings and increase their generalizability," Al-Shaar said. "More interestingly, new plant-based meat alternatives are entering the market, and all of them need to be evaluated for health effects."

A mostly vegan diet may lower your blood pressure, even if you occasionally eat meat and dairy

Avoiding red and processed meats could cut your cancer risk, according to American Cancer Society guidelines