Data spanning more than 11 years suggest that testosterone injections could be a novel treatment for obesity in men. The results show that long-term testosterone therapy may be comparable to weight loss surgery, with a lower risk of complications. 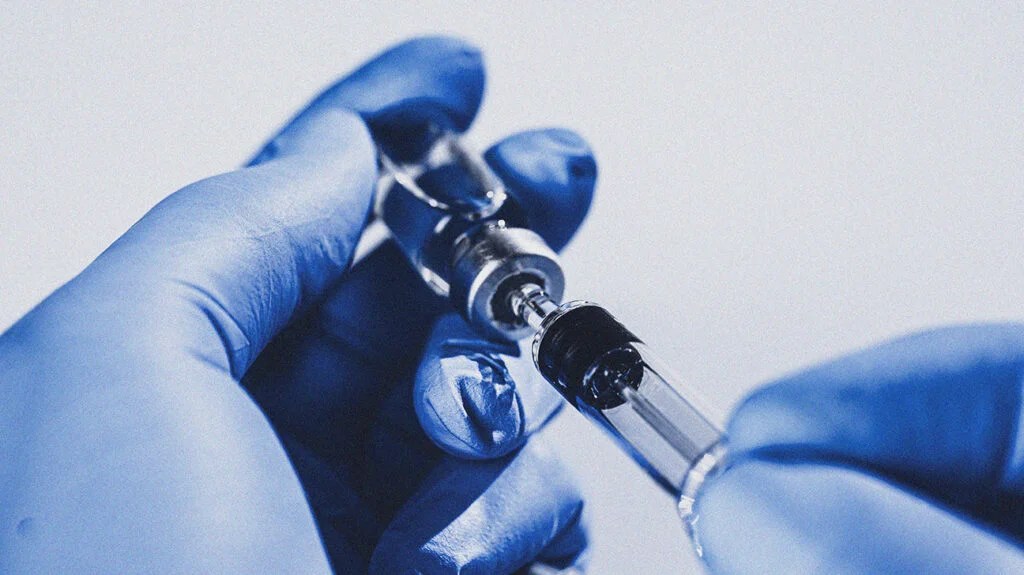 Over 42% of adults in the United States have obesity, according to the Centers for Disease Control and Prevention (CDC). Obesity has links to several chronic health conditions, including heart disease and type 2 diabetes.

However, obesity is a complex issue with both medical and social causes, and achieving lasting weight loss can be challenging for many people. This means researchers are looking for new strategies to help treat obesity — beyond merely cutting calories.

Data recently presented at the virtual European and International Congress on Obesity support the use of testosterone therapy to treat men with obesity.

The pharmaceutical company Bayer and Gulf Medical University in the United Arab Emirates led the research, using 11 years’ worth of data.

The researchers collected data since 2004 of 471 men with functional hypogonadism, or low testosterone production, and obesity from a German urological practice.

Around 58% of the men received an injection of testosterone every 3 months for the duration of the study, while the remainder chose not to have the treatment and therefore acted as controls. The average age of the participants was 61.57.

Medical staff administered and documented all injections at a doctor’s office, which assures that all participants received the treatment in a consistent manner. No participants dropped out of the study.

The men who received testosterone lost on average 23 kilograms (kg) (equivalent to 20% body weight) during the study period, while those who did not receive treatment gained an average of 6 kg.

Body mass index (BMI) correspondingly decreased by an average of 7.6 points in those who received testosterone therapy, compared with an increase of 2 points in the control group.

Waist circumference, which is a risk factor for cardiometabolic disease, decreased by an average of 13 centimeters (cm) in the treatment group, compared with a 7 cm increase in the control group.

The testosterone-treated men also had less internal (visceral) fat by the end of the study period. They may have had a lower risk of cardiovascular disease than those who did not receive treatment.

Overall, 28% of men in the control group had a heart attack, and 27.2% had a stroke during the study period. There were no major cardiovascular events in the men who received testosterone therapy.

Commenting on the results, Farid Saad of Bayer said: “Long-term testosterone therapy in hypogonadal men resulted in profound and sustained […] weight loss, which may have contributed to reductions in mortality and cardiovascular events.”

An alternative to surgery?

The researchers also presented data specific to men who were eligible for bariatric surgery. This is a surgical treatment for obesity, which encompasses gastric band, gastric bypass, and gastric sleeve surgery.

Rates of bariatric surgery are on the rise in the U.S., with more than 250,000 people undergoing weight loss surgery in 2018 alone.

Although bariatric surgery is a proven means of achieving weight loss, there are serious risks associated with the surgery, which does not always have positive outcomes.

This part of the study included 76 men with class 3 obesity (a BMI of 40 or above), making them eligible for bariatric surgery. Of these, 59 received testosterone treatment and lost 30 kg on average.

The BMI of the men also reduced by an average of 10 points, which could be enough to take them out of the highest obesity class, provided their BMI was less than 50 to begin with.

According to Saad, these results suggest testosterone therapy could be as effective as surgery for weight loss — but without the risk of serious complications.

“We believe testosterone therapy should be discussed with patients as an alternative to surgery and should be considered for male patients who cannot undergo surgery.”

This study is based on data exclusively from men, and all participants had clinically low testosterone levels. Scientists need to conduct further studies to validate the use of this approach in other populations.