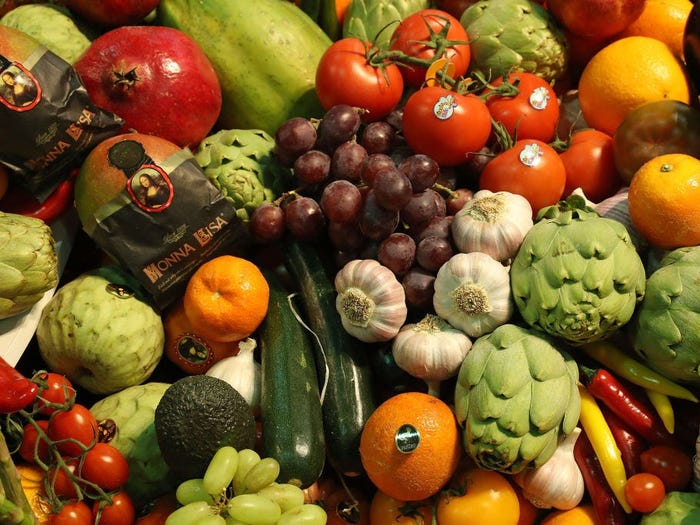 There's no benefit to basing your diet on your blood type, despite the popularity of diets tailor-made for type A or type O, new research suggests.

Blood type makes no difference in diet-related health outcomes like weight loss, metabolism, and cholesterol levels, according to a study published December 4 in the Journal of the Academy of Nutrition and Dietetics.

Researchers from the Physicians Committee for Responsible Medicine and Yale School of Medicine studied 244 overweight adults, half of whom were assigned a vegan diet, for 16 weeks.

The main findings of the trial, which showed the high carbohydrate vegan diet could boost metabolism, were published last month in JAMA Network Open.

The researchers did a separate analysis on those trial results to see if any of the health outcomes appeared to vary by blood type. They found that the health effects of a plant based diet were consistent, regardless of participants' blood type.

"Our research shows that all blood types benefit equally from a vegan diet based on the consumption of fruits and vegetables, legumes and whole grains, looking specifically at weight loss and cardiometabolic health in overweight adults," said Dr. Neal Barnard, lead author of the study and president of the Physicians Committee, in a press release.

These findings refute the most popular version of the blood type diet, which suggests people with certain blood types should avoid a low-fat plant-based diet, and eat more meat and dairy.

This diet strategy was proposed by Peter D'Adamo, an alternative medicine practitioner, in a popular book published in 1996. It claims that people with different blood types will thrive on different ways of eating — for instance, people with type O blood should eat more fat and protein in the form of meat and fish (similar to an Atkins or keto style diet), while people with type A blood should stick to mostly plants.

According to D'Adamo, eating the right diet for your blood type is key for losing weight, increasing energy, and reducing health risks. The theory is that blood type is related to your family history, and that you can improve your health by eating a diet similar to what your ancestors might have eaten.

There's some evidence that blood type might be related to genetic risk factors for certain diseases. Research has shown people with type O have higher risk of diabetes, and type A are more prone to cardiovascular illness.

However, there's no evidence that the blood type diet works. A 2013 analysis reviewed all the available research on blood type diets and found nothing to support D'Adamo's claims.

And some people might see benefits from the blood type diet, but not for the reasons it claims. A 2014 study found that diets were linked to some health improvements because they prompted people to eat more fruits and vegetables, and not because of any dietary boost specific to blood type.

Rebel Wilson reportedly used the Mayr Method to lose weight. Here's what to know about the diet and its effectiveness.