Breakthrough in treating cancer that killed The Wanted’s Tom Parker? New drug which ‘starves tumours could be first to get approval in over 20 years’

A drug which starves cancer cells could be the first breakthrough in brain tumour treatment for two decades, experts hope.

Imperial College London scientists conducted tests in mice who had glioblastoma (GBM) — one of the most aggressive forms of brain cancer.

They gave rodents an experimental drug which robbed them of arginine — a vital nutrient tumours use to grow.

Treated mice lived for around 47 days, almost twice as long (27 days) as ones left to fend for themselves. For comparison, mice given radiotherapy lived for 37 days, on average.

When the drug was combined with radiotherapy, all of the mice went into remission and lived cancer-free for around a year before being killed.

Study author Dr Tim Crook, a consultant in medical oncology at Cromwell Hospital, said: ‘We expect our work to change treatment of GBM and become a new standard of care for this devastating disease.’

He said after his diagnosis that he was ‘shocked’ at the limited treatment options for GBM and ‘massive improvements’ were needed. 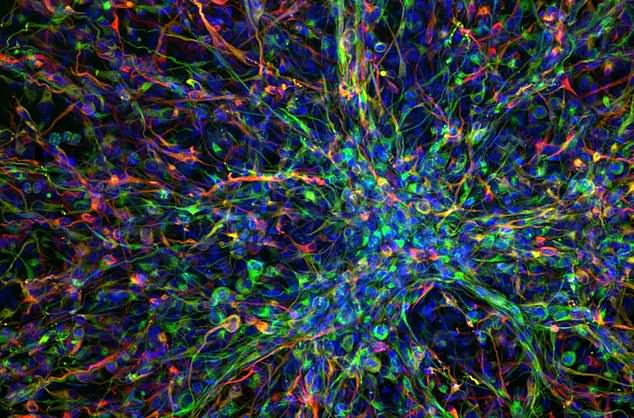 A team at Imperial College London conducted clinical tests in mice who had glioblastoma (GBM) — one of the most aggressive forms of brain cancer. They gave the mice a drug that slashed levels of arginine — a vital nutrient tumours use to grow. Pictured: Tumour cells derived from a glioblastoma multiforme 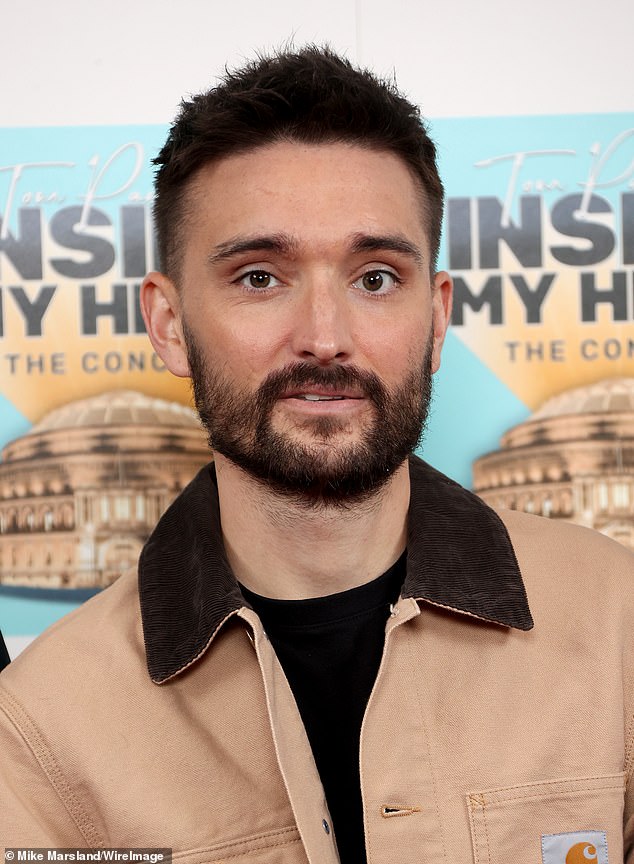 Diagnosed patients usually undergo surgery to remove as much of the tumour as possible.

This is followed by daily radiation and chemo drugs for around six weeks, after which the drugs are scaled back.

Radiation can be used to destroy additional tumour cells and treat those who are not well enough for surgery.

The cancer is one of the most aggressive brain tumours and can double in size in just seven weeks. For comparison, the fastest-growing lung cancers take 14 weeks to double.

Some people may go into remission with GBM — where symptoms ease or disappear for a time. But the cancer often regrows.

It is also used by cells which suppress the immune system — suppressor cells, which stifle disease-fighting T cells before they have a chance to act.

Five mice with GBM were given a weekly injection of ADI-PEG20 — an enzyme which breaks down arginine in the body. They also received a weekly dose of radiotherapy for four weeks.

Another group of the exact same size were given just the injection, while some only had radiotherapy.

A fourth group of five mice acted as a control group, receiving no treatment at all.

As thought, reducing arginine levels weakened the effects of suppressor cells and gave the mice’s T cells a boost.

The treatment — ADI-PEG20 coupled with radiotherapy — triggered no significant side effects and cured the mice of their tumours. None of the mice in the other groups went into remission, the researchers said.

The findings, in the Journal of Clinical Investigation, suggests depriving tumours of arginine could be a new anti-cancer strategy.

The researchers will now explore further studies using ADI-PEG20 on a different set of GBM tumours.

If these trials are successful, it means all patients with the aggressive cancer could be treated with the drug, they said.

The team hopes to trial the drug in humans to find out if it works as well.

Dr Nel Syed, who led the trial, said the lab results showed the drug, when combined with radiotherapy, boosted cancer response and increased the lifespan of the mice.

Hugh Adams, head of stakeholder relations at Brain Tumour Research, which funded the research, said: ‘This is a significant and exciting finding.

‘There is an urgent need for novel approaches to treat GBM which, in the majority of cases, is fatal.

‘There have been no improvements to treatment options for this type of tumour in two decades.’

WHAT IS A GLIOBLASTOMA AND JUST HOW DEADLY IS IT? THE AGGRESSIVE BRAIN TUMOR SUFFERED BY JOHN MCCAIN

Glioblastoma is considered the most aggressive tumor that can form in the brain. Senator John McCain was diagnosed with one in July 2017.

Patients have a 10 per cent chance of surviving five years after their diagnosis, according to figures. The average lifespan is between 14 and 16 months.

Three adults per every 100,000 will be struck down with a glioblastoma, says The American Association of Neurological Surgeons (AANS).

It is most commonly found in men aged 50 to 60, and there is no link between developing glioblastoma and having a previous history with other cancers.

WHAT IS THE TUMOR MADE OF?

The tumor is made up of a mass of cells growing quickly in the brain, and in most cases patients have no family history of the disease.

It won’t spread to other organs, however, once it is diagnosed, it is nearly impossible to target, surgeons claim.

Unlike other types of brain cancer which are more specifically located, glioblastoma can occur in any part of the brain.

WHAT TREATMENT IS AVAILABLE?

Because the tumor likely already spread deep into the brain by the time it is diagnosed, the cancerous tissue is incredibly difficult to remove.

Surgeon will only ever remove the tumor, or part of the tumor, if it won’t do any damage to the surrounding brain tissue.

Dr Babcar Cisse, a neurosurgeon at the Weill Cornell Brain and Spine Center, told Daily Mail Online in July 2017: ‘By the time a glioblastoma is diagnosed, microfibers can spread to the rest of the brain which an MRI would not spot.

‘So even if the main tumor is removed and the patient receives radiation and chemotherapy, it will come back.’

Brain tumors are graded from between one to four, depending on how fast they grow and how aggressive they are.

Malignant tumors are either given a high-grade three or four, while benign ones are given a lower grade one or two.

Glioblastoma is often referred to as a grade four astrocytoma – another form of brain tumor, says the AANS.

Patients typically complain of symptoms such as confused vision, trouble with memory, dizziness and headaches.

The symptoms are somewhat nonspecific, and vary from person to person, and may not persist.

Some patients suffer from blindness if the tumour compresses their optic nerve, which connects the retina to the brain, resulting in vision loss.

The disease is therefore impossible to diagnose based on symptoms alone.