In this Special Feature, we draw from the work of experts on American Indian health inequities to highlight the unfair disparities this population faces as a result of historical trauma. 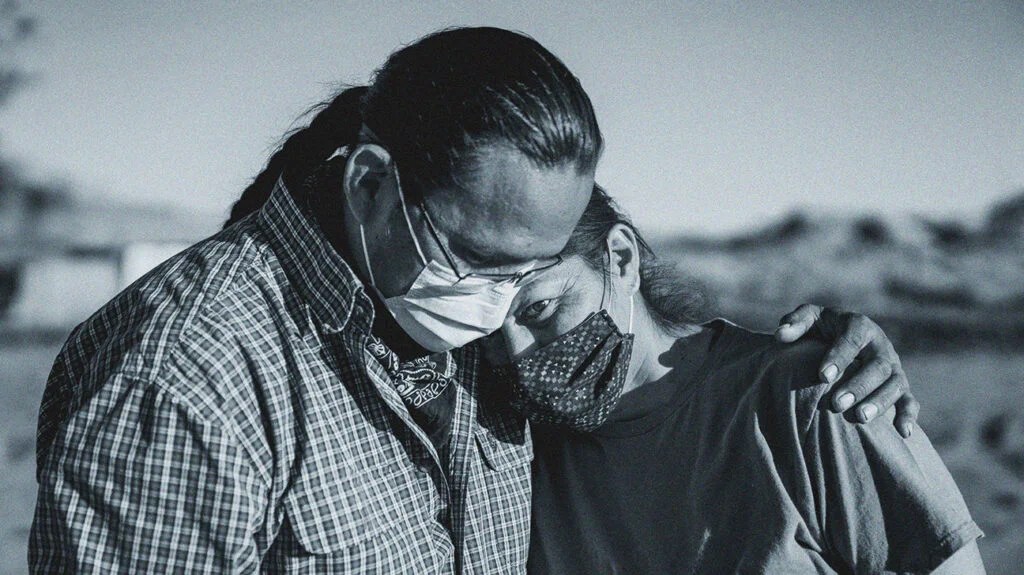 Trauma has profound implications for mental and physical health. Historical trauma, as we explore in this article, can create health inequities centuries later.

2020 has been an eventful year that has revealed injustice throughout so many layers of society.

Events such as COVID-19 and the Black Lives Matter (BLM) movement have brutally exposed racial and socioeconomic injustice. In their wake, it is becoming impossible to hold on to the same airbrushed narratives of the past.

Thanksgiving, for example, is a beloved celebration for many people in America, but it is also a controversial celebration riddled with historical inaccuracy.

For some people, memories of genocide, colonialism, and historical trauma replace connotations of peace, harmony, and understanding.

As American Indian health experts have pointed out, reckoning with historical trauma and the impact it has had on the health and well-being of entire populations is the first step in achieving health equity.

On this Native American Heritage Day, we examine the impact of historical trauma on present-day inequities among the American Indian and Alaska Native communities, as seen through the research of several experts on the subject.

When it comes to health inequities, few groups are as underserved as American Indian and Alaska Native (AI/AN) populations. The health disparities in this group are stark.

As part of the Infectious Disease Summit 2020 organized by the Association of Healthcare Journalists, Dr. Roger Dale Walker, MD, Professor Emeritus of Psychiatry in the Oregon Health and Science University School of Medicine, gave a talk on “Native behavioral health during COVID-19.”

In it, Dr. Walker — who is also the director of the One Sky National Center for American Indian Health, Education, and Research in Lake Oswego, also in Oregon — spoke about the disparities in morbidity that affected AI/AN populations in the United States before the pandemic started.

He mentioned an alarmingly higher prevalence and severity of various conditions among AI/AN than among the general population, such as:

Dr. Walker is not the only one to have highlighted these disparities.

Dr. Donald Warne — associate dean of Diversity, Equity, and Inclusion at the University of North Dakota School of Medicine and Health Sciences — makes similar points. In his talk for the University of Washington’s School of Public Health, he speaks of unresolved trauma that AI/AN people inherited over centuries due to genocide, displacement, and forced boarding school participation.

In his talk entitled “Impact of Unresolved Trauma on American Indian Health Equity,” Dr. Warne gives the example of the region where he hails from — Kyle, South Dakota, located within the Pine Ridge reservation.

The region is also a food desert — with the closest supermarket being 90 miles away, people have limited access to healthful food choices.

“We have a lot of built-in inequity because of our distribution of population,” Dr. Warne notes. He mentions that 15 states in the U.S. do not have federally recognized tribes, which means that these people do not benefit from health policies that serve American Indians.

In his talk, Dr. Warne highlights further aspects of the historical context that led to collective trauma.

These include “the first documented case of bioterrorism by the colonial government” in the form of the distribution of blankets that contained smallpox to American Indians, the “Indian removal act” of 1830 that forcibly relocated Cherokee populations and killed thousands in the process, the scalping bounties that made the practice legal and rewarded the killing of American Indians during the Dakota War of 1830–1862, and more.

“It was almost a complete genocide,” Dr. Warne says, adding that “In many ways, this is the American Holocaust.”

While surveys show the population numbers recovered by 2010, the question remains: “When you have this pattern of loss — loss of life, loss of population, loss of land, loss of culture, loss of resources — does it have a health impact, and can that impact be passed from one generation to the next?”

In his talk, Dr. Warne defines historical trauma as “the collective emotional wounding across generations that results from massive cataclysmic events.”

This trauma is “held personally and transmitted over generations. Thus, even family members who have not directly experienced the trauma can feel the effects of the event generations later.”

“These symptoms extend to future generations with anxiety, depression, reduced coping mechanisms, and impulsive behavior. Substance use disorders and suicide incidence are increased.”

Furthermore, trauma may lead to premature death in ways that remain unknown. As Dr. Warne also says in his talk, children forced to attend boarding schools experience excess deaths, although researchers do not fully understand the exact reasons for this.

As Dr. Warne has mentioned in another webinar that MNT reported on, “We have entire generations of Indigenous peoples in the U.S., Canada, Australia, and other parts of the world, where boarding schools and residential schools were used to try to integrate people, get rid of the Indigenous cultures. [And unfortunately] it was done through abuse: physical abuse, mental abuse, sexual abuse.”

So how does this trauma get passed on? As both Dr. Warne and Dr. Walker mentioned, one answer comes from epigenetics — the study of how behavior and environment change the activity of genes that do not depend on DNA sequence.

While epigenetic changes do not affect DNA sequences per se, they can change how a person’s body “reads” those DNA sequences, thus altering gene expression. In other words, environment and psychosocial factors can trigger some genes and switch others off.

Factors such as toxic stress can affect gene expression. A report from the Center on the Developing Child at Harvard University points out that early pre and postnatal experiences can chemically change the structure of genes, which can have a long lasting impact on a child’s brain development.

When a child’s early experiences are negative, they can cause long-term damage to both physical and mental health. As Dr. Warne notes in a paper he co-wrote with Denise Lajimodiere, assistant professor of Educational Leadership at North Dakota State University, Fargo:

Furthermore, Dr. Warne speculates that epigenetic changes may be why some of the boarding school survivors have shorter telomeres — protective protein structures that shorten with age.

Previous studies in Jewish Holocaust survivors, he says, have shown worse health outcomes than matched controls who were not direct descendants of Holocaust survivors. This may explain some of the excess mortality among this group, he says.

Although more robust studies are necessary to prove this link between epigenetics, trauma, higher mortality, and poor health outcomes among American Indians, Warne and Lajimodiere conclude in their paper that:

“A long history of genocide and the American Indian boarding school experience has led to pervasive and unresolved historical trauma and its associated poor mental health outcomes.”

The intergenerational effects of maternal stress

Another link in the chain of intergenerational trauma is perpetuated through gestational stress, that is, “[E]arly life conditions, such as prenatal undernutrition and stress, maternal stress [which] can modify the developmental biology in offspring.”

As a recent MNT article outlined, this can lead to a higher risk of conditions, such as type 2 diabetes. Conditions during pregnancy, such as stressful life events, depressive and anxiety symptoms, economic inequality, racism, and poverty, can lead to chronic diseases, such as diabetes.

Stress experienced in adulthood compounds the effects of these early-life stressors. For Warne and Lajimodiere, “[A]dverse adulthood experiences, including poverty, racism, and substance abuse, lead to a high prevalence of depression, anxiety, and poor health outcomes.”

“These social circumstances can have an impact on the quality of parenting skills for the next generation, leading to continued intergenerational health disparities.”

‘To get to equity, we have to walk through truth’

While reflecting on the truths of history can feel uncomfortable for many of us, the experts featured in this article urge us to do so for the sake of evening out health disparities and achieving equity.

As Dr. Warne notes in his talk, “If we are ever going to get to equity, we have to walk through truth, even when it’s unpleasant, even when it makes us uncomfortable.”

In the wake of Thanksgiving and Native American Heritage Day, MNT also asked Dr. Walker if there was anything, in particular, he would like our readers to reflect on.

“I believe it is time to consider a Marshall Plan for Native people throughout North America. We must assist and empower tribes and Native communities to develop successful policies for governance, full and complete education, and access to health care at the same standard as the general population.”