What analytical chemistry techniques have been most important in your D-amino acid research?

Enantiomeric separations by HPLC is by far the most important technique. Mass spectrometry is more or less useless for qualitative analysis because enantiomerics have exactly the same mass, but it is useful as a sensitive detector for HPLC.

What are the implications of this research on cancers and neurological disorders? Can they act as biomarkers for diseases?

Yes, they can. In cancer, some of the amino acids appear to be upregulated, meaning they are in a higher concentration than you would normally find. Three in particular, D-aspartic acid, D-serine and D-alanine, are agonists for NMDA (N-methyl-D-aspartate) receptors. These are ion channels that are found upregulated in nerve tissues, the brain and in cancer cells as well.

Neurologically, a D-amino acid has been found to stop severe seizures, and others are neurotransmitters, and some are agonists to neurotransmitters. We are not entirely sure as to the entire mechanism(s) of action, because we are just now finding out that these things exist.

What knowledge has your research provided, specifically regarding Alzheimer’s disease?

Beta-amyloid has been found to epimerize. Certain amino acids epimerize in the beta-amyloid at specific locations, and it turns out those amino acids are mainly aspartic acid and serine.

There was no good way to analyze for such aberrations in beta-amyloid until now, and we have found a number of techniques that not only detect it, but can point out exactly where, within the beta-amyloid chain, the aberration is occurring and if there are more aberrations in Alzheimer’s patients than in normal people. 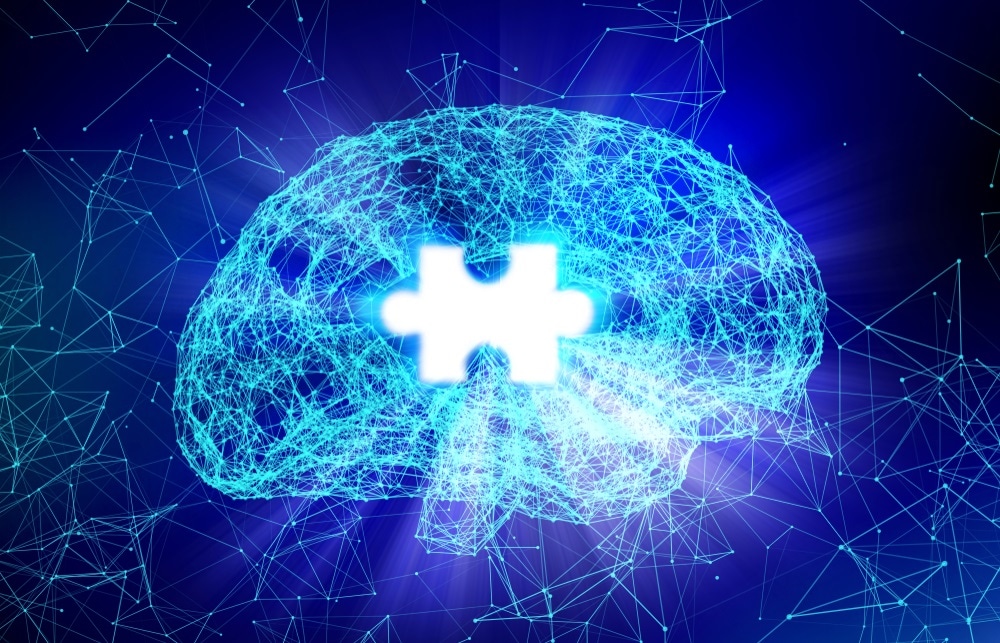 Could you tell us a little bit about your work on free L-amino and D-amino acids in cultured human breast cancer cells?

We found that certain amino acids are elevated in cancer cells, relative to non-tumorigenic cells. This raises the question of why? This also means that they can be used as oncometabolites, which is simply something that is elevated in a cancer cell or a cancer patient, relative to what it is in a healthy person.

As a diagnostic test, you can go in and if you find this oncometabolite, it is an indication that there is a cancer that needs to be examined or looked for a little more closely. So, it can be used as an early warning system, which is important.

How has this work been used to devise a simple malignancy indicator for detecting breast cancer, and what impact has this led to when you looked clinically?

We recently proposed that there is a possible test as a malignancy indicator using the ratio of certain D and L-amino acids, which seemed to work in the limited cell growth media that we were working in. However, it needs to be tested further and in more detail before any clinical applications are forthcoming. 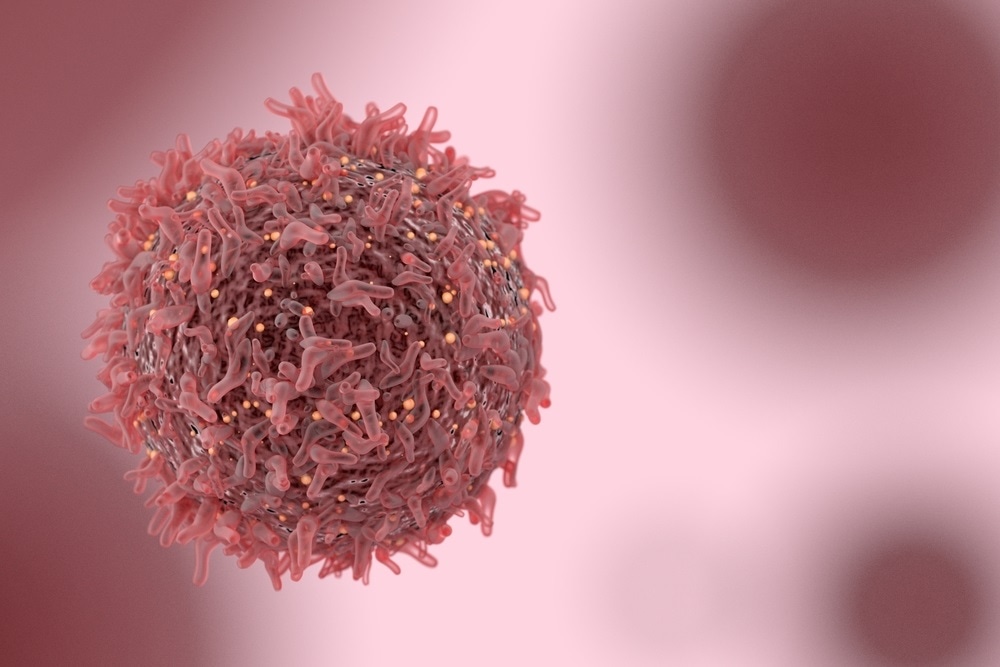 Can your research on D-amino acids be adopted by the pharmaceutical industry to develop drugs and therapies for human disease?

Absolutely it can, and in at least two ways. Firstly, as the oncometabolites that we have been discussing, as an early warning indicator for cancer. Secondly, by interfering with cancer cell D-amino acid production.

We think that cancer cells actually produce D-amino acids to protect themselves against certain cancer drugs. So they are fighting back and they can do this in a matter of minutes to hours. Nobody realized this before but, knowing this, we can develop drugs to interfere with D-amino acid production by cancer cells. This will make other cancer drugs more effective.

How do you think studies on D-amino acids and their role in the human body are going to develop in the future?

This work is going to expand greatly. We are just at the very beginning and are still trying to convince people that it is important and something that should be studied. I think that battle is over, and now the great onslaught of research is about to begin.

The roles of D-amino acids, whether they are free D-amino acids or in peptides and proteins, more and more are going to be discovered. This research is going to expand greatly. I think you will find a field, D-amino acid proteomics, which we are proposing, is going to grow tremendously.

Your work clearly spans multiple fields of interest, such as molecular biology and analytical chemistry. How is the impact of your research influenced by its multidisciplinary nature?

The nice thing about being an academic is that I can investigate anything I find to be interesting, regardless of the field. One would have to have a fairly limited imagination to focus on only one thing your entire life.

Discoveries in one area usually impact other areas, so a new analytical method can be used in many fields. Once you invent a new method or a technique, even the most limited researchers can and do use it in many important fields. It is the invention of the new effective technique that mattered.

Gas chromatography is obviously a useful technique to separate samples into chemical compounds for analysis. Can you tell us why this is such an important technique?

It is interesting that the main source of employment in all areas of chemistry involves separations. If you do separations, then you will have a job. While employment opportunities were reduced during the pandemic, we did not experience that. Our students were getting job offers right through COVID, even with remote interviewing.

This year at Pittcon, you are presenting ‘Frontiers in Gas Chromatography for Petrochemical Laboratory – From Sampling to Detection.’ Can you tell us a little bit about your research and what you are going to be presenting this year?

I am going to be talking about new columns based on ionic liquids. An ionic liquid is a liquid in which all the components are ions, like salt (sodium chloride), only, instead of being a solid, it is a liquid. These things have very high polarity and can be developed with extremely high thermal stabilities. They are highly useful as GC stationary phases, which I will be talking about. They are really useful as headspace solvents for the analysis of environmental and biological samples. We use it to analyze water and all sorts of materials.

That is the thrust of what I will be talking about, new ionic liquids that are highly polar, highly stable and can be used for unusual analyses that ordinary stationary phases and ordinary techniques have difficulty with.

What analytical techniques will be necessary for progression in this research? Will there be any new, further-developed techniques?

Techniques are always evolving and the areas that they are going to be used in are going to be virtually unlimited. Petrochemistry, for example, is just one area, although that is the area of this particular talk. They are just as useful in environmental analysis, food and beverage analysis, fragrance, forensic science. It cuts across all these areas, so the research involving ionic liquids, or using them, can go in any direction. 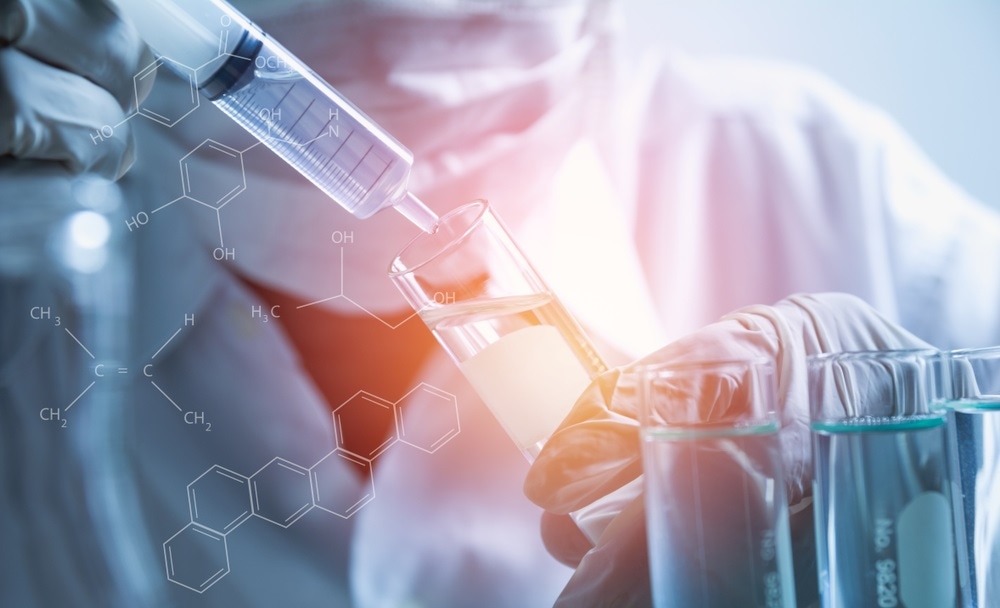 Taking both of the topics that we have discussed into consideration, where would you like your research to lead into the future?

As in the past, I hope the new technologies and new knowledge will be useful in the future. It is also important because, in doing my research, the next generation of scientists are educated and can continue such work long after I am gone. That is how science advances, often dragging humanity up and along with it.

You are a regular at Pittcon. What does the event offer to researchers around the world?

Pittcon offers ease of networking, with a very large number of scientists in many different fields, all together in one location. It is easier to hear a wider variety of talks than at any other meeting I have been to, so the number of people you can access and talk to is much easier at Pittcon than virtually any meeting worldwide.

What impact do events like Pittcon have on the communication and further development of your research?

I think it may be the best forum or venue for a large number of both academic and industrial scientists to interact and communicate. In addition, the students are there and it is the best opportunity for them to hear your work and for you to hear about what they are doing, as well.

This year has been a little bit different and we have had to do a lot of these interviews virtually. Why do you think events like Pittcon are more important now than ever?

It is one of the largest gathering of analytical and other scientists, and yet, all the presentations are in a relatively localized area, so one can easily access a greater variety of topics and scientists in a limited amount of time. It is also one of the biggest exhibitions in the world, and having this exhibition can provide useful technical information, often unknown or unexplained in academic talks.

I bring a significant number of students to Pittcon. They must give a talk or poster in order to attend. I think this is really important as it is good for them. They love the whole experience, from the networking, giving their presentations, being exposed to new topics, new parts of the country. A lot of them have not traveled so it is a wonderful opportunity. That is why we always bring as many students as we can and have them participate; they love it.

Daniel W. Armstrong has over 750 publications, including 35 book chapters, one book (“Use of Ordered Media in Chemical Separations”) and 35 patents. He has been named by the Scientific Citation Index as one of the world’s most highly cited scientists, and he has given ~ 580 invited/keynote/plenary lectures and colloquia worldwide. His work has been cited over 46,000 times and his Hirsch index is ~ 109 (G.S.).

Daniel Armstrong is considered the “Father” of micelle and cyclodextrin-based separations, he elucidated the first chiral recognition mechanism by cyclodextrins, he was the first to develop macrocyclic antibiotics as chiral selectors, and he is one of the world’s leading authorities on the theory, mechanism, and use of enantioselective molecular interactions.  Over 30 different LC and GC columns that were originally developed in his laboratories have been commercialized and/or copied worldwide.  His work and columns were in part responsible for the chromatography and electrophoresis-led revolution in chiral separations over the last two and one half decades.  Currently, the columns, chiral selectors and techniques he developed dominate the world of analytical enantiomeric separations.

He has developed the most effective way to characterize the solvent properties of room temperature ionic liquids (RTILs).  This has proven to be an essential and effective way to explain the effect of RTILs on organic reactions, and in various analytical methodologies.  Surfactant aggregation to form normal micelles in RTILs was demonstrated.  The first MALDI-MS matrices and high stability GC stationary phases based on RTILs were developed in his laboratories and were recently commercialize by Supelco/Sigma/Aldrich.  The new enhanced mass spectrometry technique of PIESI (Paired Ion Electrospray Ionization) was developed in his laboratory and is one of the most  sensitive methods for ultra-trace anion analyses and speciation.He developed the first high-efficiency CE separation approach for microorganisms (i.e., bacterial, viruses, fungi, etc.).  This will extend the realm of separation science into the mainstream of biology and colloid science.

He founded or co-founded two separate companies focused on the production of novel separation media and using them for difficult analyses.

Sponsored Content Policy: News-Medical.net publishes articles and related content that may be derived from sources where we have existing commercial relationships, provided such content adds value to the core editorial ethos of News-Medical.Net which is to educate and inform site visitors interested in medical research, science, medical devices and treatments.