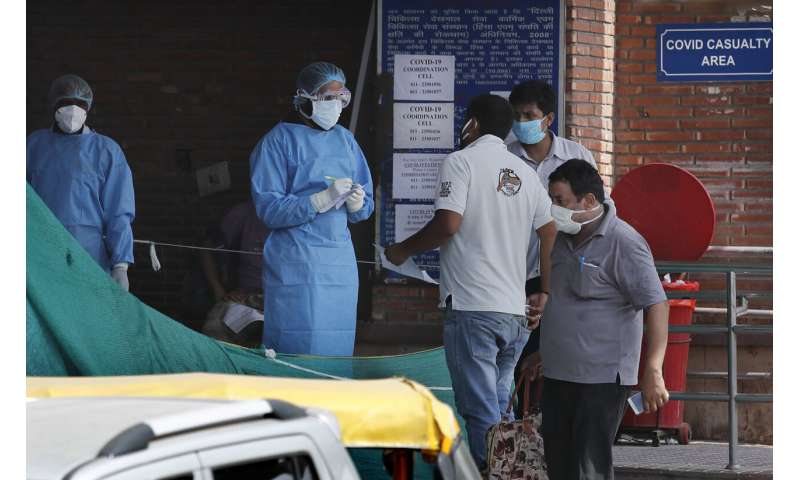 In New Delhi, a sprawling capital region of 46 million and home to some of India’s highest concentration of hospitals, a pregnant woman’s death after a frantic hunt for a sickbed was a worrying sign about the country’s ability to cope with a wave of new coronavirus cases.

“She kept begging us to save her life, but we couldn’t do anything,” Shailendra Kumar said, after driving his sister-in-law, Neelam, and her husband for hours, only to be turned away at eight public and private hospitals.

Two and a half months of nationwide lockdown kept numbers of infections relatively low in India. But with restrictions easing in recent weeks, cases have shot up, rising by a record of nearly 10,000 on Thursday, raising questions about whether authorities have done enough to avert catastrophe.

India’s tally has reached 286,579, the fifth highest in the world, with 8,102 deaths. In Delhi, which has reported 32,810 cases including 984 deaths, the rate of infection is higher than the national average, doubling every 12 days.

Half of Delhi’s 8,200 hospital beds dedicated to COVID-19 patients are already full and officials are projecting more than half a million cases in the city alone by July 31.

“We are sitting on a ticking time bomb,” said Dr. Harjit Singh Bhatti, president of the Progressive Medicos and Scientists Forum. 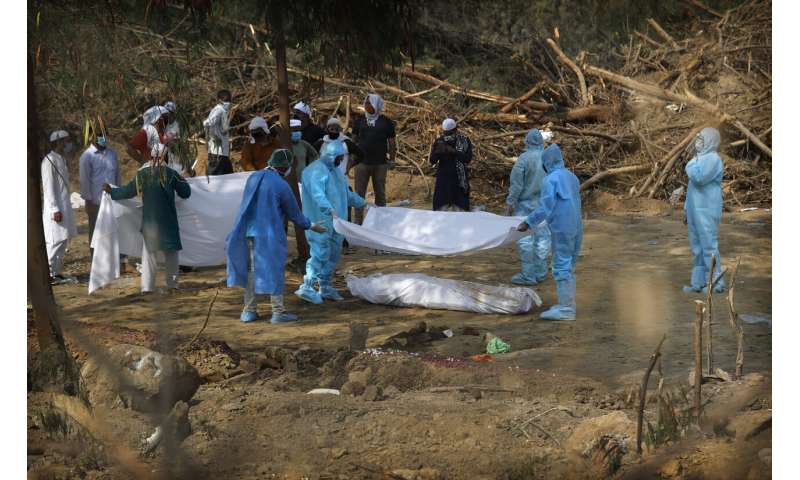 “Unless and until the government increases its spending on health care, things won’t change. A lot of people will die,” he said. “But if some strong policy decisions are made not only in Delhi but across India, we can minimize the damage.”

Private hospitals in Delhi—a wider territory that encompasses New Delhi—report that all of their sickbeds and ventilators are in use. Severely ill people have been turned away from public hospitals, too.

“The surge is clearly visible now so we are in for a tough fight,” said Dr. Mukesh Kumar, a neurologist at Delhi’s private Max Hospital who, like most of his colleagues, has been pulled in to care for COVID-19 patients.

Prime Minister Narendra Modi’s government has come under fire for imposing a 10-week nationwide lockdown that crippled the economy and triggered a humanitarian crisis as tens of thousands of suddenly unemployed migrant workers fled for their ancestral villages on foot. Government officials defended the measures as the cost of protecting India’s 1.3 billion people from a devastating loss of life. In a televised address, Modi said Indians’ sacrifice had “saved the nation.” 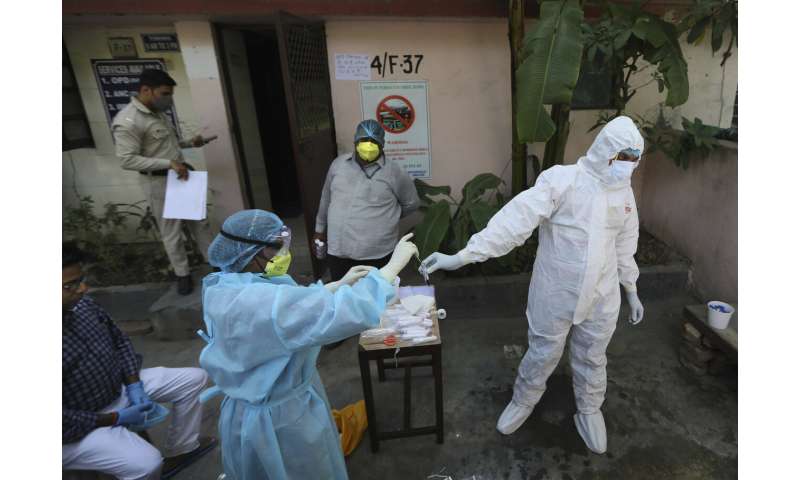 But in recent weeks, the government has eased lockdown restrictions, resulting in nearly 10,000 new infections per day.

Nurses at All India Institute of Medical Sciences, India’s premier public hospital in Delhi, have threatened to go on strike over ever-lengthening shifts and crowded personal protective equipment changing rooms. And an AIIMS doctor resorted to an appeal on WhatsApp to seek plasma donations for patients.

But some sites are controlled by the central government, and Delhi’s efforts to reserve resources for its residents have already been hamstrung by interference from the center.

Earlier this month, Delhi Chief Minister Arvind Kejriwal, the city’s top elected official and the head of the Aam Aadmi Party, announced that hospital beds for COVID-19 patients would be exclusively for Delhi residents and testing limited to those with symptoms of the disease. 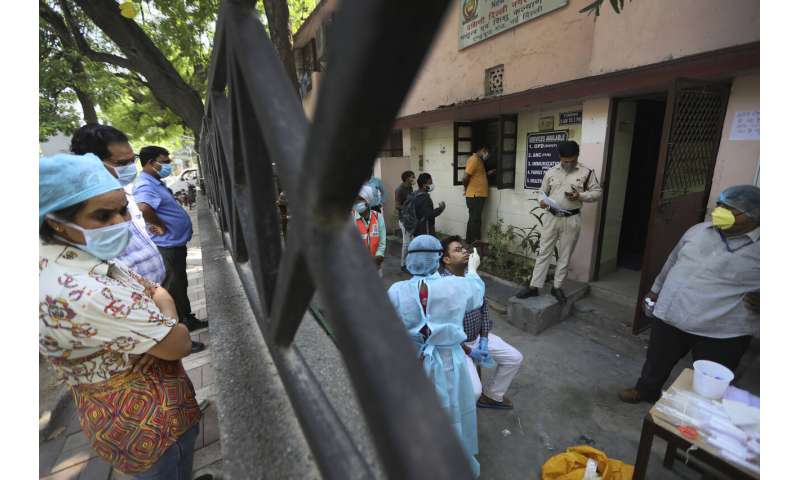 But Modi’s government, ruled by the rival Bharatiya Janata Party, strongly objected. The Delhi government set the rules aside on Monday, with Kejriwal tweeting that “making arrangements for treatment for people from across the country during the Covid-19 pandemic is a major challenge. But maybe it’s God’s will that we have to serve everyone in the country.”

Kejriwal’s deputy, Manish Sisodia, then made the dire prediction of 550,000 cases in Delhi by the end of July.

Dr. Anant Bhan, a bioethicist, said the rules restricting hospital care to residents of Delhi weren’t acceptable, particularly because of how many people across north India depend upon health facilities in the capital for anything beyond primary care.

But Bhan said it was “certainly not ideal” for the central government and the Delhi government to be at odds amid a public health crisis. 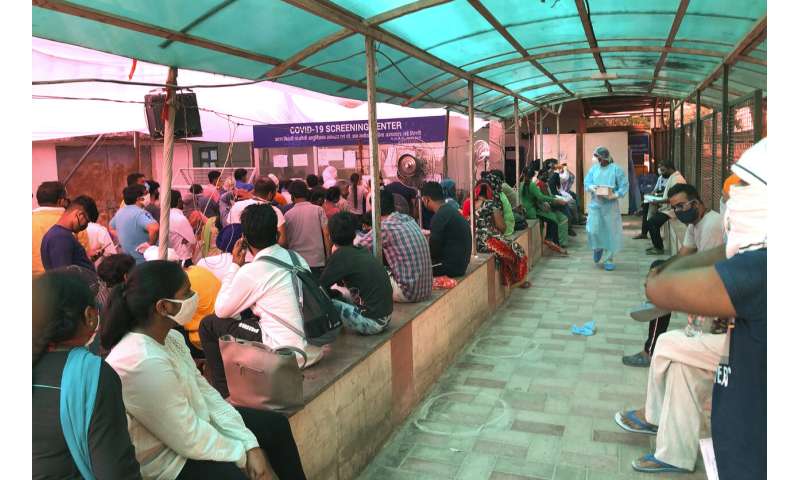 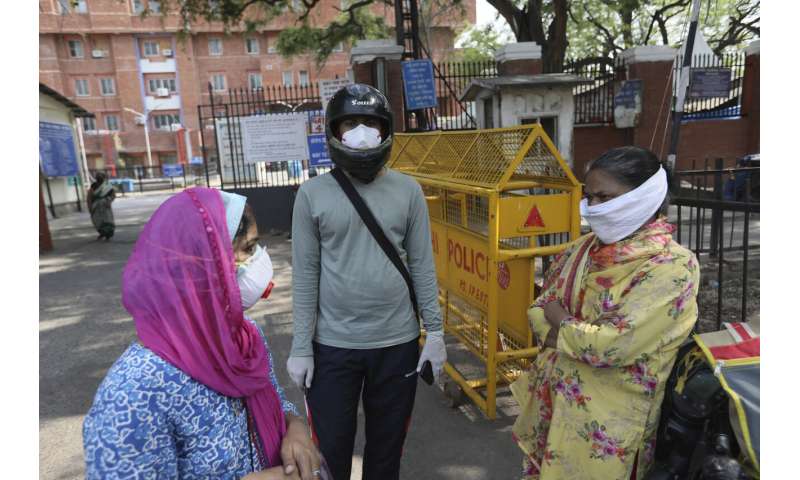 “What one would like to see instead of this bickering is the governments working together to take charge of the situation,” he said.

In the meantime, people are dying in Delhi and its outskirts because hospitals are full.

Delhi’s predicament reflects India’s fraught response to the pandemic, experts said, from delays with screening incoming travelers before the nationwide lockdown began in late March, to the lack of personal protective equipment for health workers, limited testing and denials of local transmission of the virus.

The explosion of cases has made it far more difficult for patients with other life-threatening diseases to receive care, Bhan said, a problem as India enters the monsoon period, which brings malaria, dengue and a host of other mosquito and water-borne diseases.