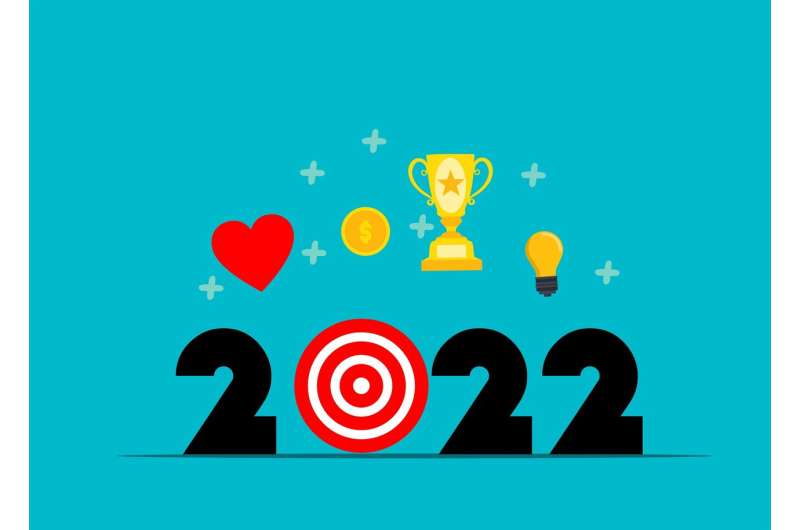 New research suggests that people may not always want help with sticking to their New Year’s resolutions.

Behavioral scientists frequently interpret such behavior as evidence of a conflict between two ‘selves’ of a person—a Planner (in charge of self-control) and a Doer (who responds spontaneously to the temptations of the moment).

A team of researchers from the Universities of East Anglia (UEA), Warwick, Cardiff and Lancaster in the UK and Passau in Germany investigated how far people identify with their Planners and their Doers.

Public policies designed to ‘nudge’ people towards healthy lifestyles are often justified on the grounds that people think of their Planners as their true selves and disown the actions of their Doers.

However, in their study published today in the journal Behavioral Public Policy, the authors argue this justification overlooks the possibility that people value spontaneity as well as self-control, and approve of their own flexible attitudes to resolutions.

Robert Sugden, a professor of economics at UEA, said: “Our key message is not about whether nudges towards healthy lifestyles are good for people’s long-term health or happiness. It is about whether such nudges can be justified on the grounds that they help individuals to overcome what they themselves acknowledge as self-control problems.

“If that idea is to be used as a guiding principle for public policy, we need to be assured that individuals want to be helped in this way. Our findings suggest that people often may not want this.”

Co-author Andrea Isoni, a professor of behavioral science at Warwick Business School, said: “We conclude that identifying when and where individuals want to be helped to avoid self-control failures is not as straightforward as many behavioral economists seem to think.

“We believe our findings point to the importance of treating desires for spontaneity as equally deserving of attention as desires for self-control, and as suggesting interesting lines of further research.

“One idea it would be useful to investigate is whether some kinds of deviation from long-term goals are viewed as more spontaneity-affirming than others. For example, we found a contrast between our respondents’ spontaneity-favoring attitudes to sugary drinks and restaurant desserts and their self-control-favoring attitudes to exercise. Breaking a health-oriented resolution by ordering a crème brûlée is perhaps a more positive way of expressing spontaneity than not taking one’s daily run on a wet day.”

The experiment, run via an online survey, began by asking each of the 240 participants to recall and write about a particular type of previous episode in their life. For some, this was a memorable meal when they had particularly enjoyed the food; for others, it was an effort they had made that was good for their health and they felt satisfied about.

They were then asked to say how well they recognized themselves in various statements. These included wishes for more self-control (eg, ‘I wish I took more exercise’), regret about lapses of self-control (‘After ordering desserts in restaurants, I often feel regret’), and approval of self-control as a life strategy (‘In life it’s important to be able to resist temptation’).

An equal number of statements expressed wishes for less self-control (eg, ‘I wish there was less social pressure to take exercise’), regret about exercising self-control (‘After ordering a healthy dish, I often wish I’d chosen something tastier’), and approval of spontaneity (‘Having occasional treats is an important source of happiness for me, even if they are bad for my health’).

Overall, respondents recognized themselves almost as often in statements favoring spontaneity as in statements favoring self-control. In responding to statements about what was important in life, most participants maintained both that it was important to make long-term plans and stick to them and that there was no harm in occasionally taking small enjoyments rather than sticking to those plans. Surprisingly, attitudes were not significantly affected by the type of episode respondents had recalled.