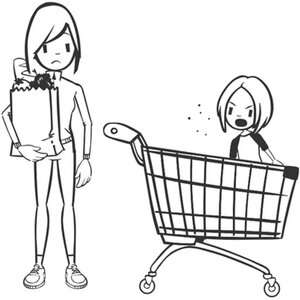 A year and a half ago, when researchers at the Yale Child Study Center (CSC) began developing a virtual program to train parents how to manage children’s tantrums, they had no idea just how popular telehealth treatments would become in the face of a looming pandemic.

But they discovered that their eight-week online training program delivered tangible benefits in children’s behavior and parents’ peace of mind.

For the study, the researchers enrolled 15 families whose children, ages three to nine, met the criteria for either oppositional defiance disorder or disruptive mood dysregulation disorder, psychiatric disorders characterized by anger outbursts and irritability. (Twelve of the families completed the full treatment.)

Writing in this week’s Journal of Child and Adolescent Psychopharmacology, they report that their online “Tantrum Tool” significantly reduced pediatric irritability and disruptive behaviors.

Traditionally, parents with one of these diagnoses would bring their children to treatment sessions at the CSC where a clinician would work with them, using observation and playacting, to improve these behaviors. The researchers wanted to see if instead, through online training sessions and periodic virtual check-ins with a doctor, they could improve behaviors and help more people—especially now that social distancing is considered critical for public health.

For the online tool, Dr. Denis Sukhodolsky, associate professor in the CSC and senior author of the study, and Dr. David Grodberg, medical director of the CSC, designed short animated videos or modules that illustrate the key triggers driving tantrums and ways to regulate them. The videos might show a child screaming in response to bedtime, or throwing a fit in a grocery store because his parents refused to buy him candy.

“When you think about problem behavior like a tantrum, you have to break it down into the specific things the child is expected to do,” said Sukhodolsky. “Then the parent can have a plan.”

If, for example, a child is expected to hang up his coat, put away his shoes, wash his hands, and sit down at the table when he gets home from school, he said, the parent should approach each one of these tasks separately, and praise the child for each completed task.

“You have to understand where the child is at and slowly raise the bar,” added first author Dr. Andrea Diaz-Stransky, a former child psychiatry fellow at Yale who is now on the faculty at Duke University. While it may be counterintuitive to interrupt a child when he is playing nicely, she said, it’s important for parents to make praising good behavior a habit.

“Every few hours, they need five to 10 minutes of positive attention,” she said. “You should plan it almost like you plan a snack.”

Once parents in the study completed a module and tracked their progress on a behavior chart, the researchers received a notification. Then, the researchers met with parents virtually, engaged in role playing, and provided feedback “designed to boost their confidence and individualize the tools for each family,” said Diaz-Stransky.

The eight-week intervention resulted in a significant reduction in the children’s disruptive behavior score and irritability score, researchers said. They are planning to conduct a larger randomized trial.

For parents, the importance of managing tantrums goes far beyond keeping the peace, Sukhodolsky said.

“Tantrums tend to get better with age,” he said. “But if tantrums persist beyond four to five years of age, or if they are frequent, intense and much more pronounced, it could be a bigger problem.” These more intense tantrum episodes interfere with a child’s development, disrupt educational settings, and strain family life, he said. Ultimately, he said, tantrums can provide “a learning opportunity” for parents. Their goal should be “to praise the child for calming down,” even if they’ve been throwing a tantrum for an hour, and even if the parent is frustrated.

One important piece of advice, Sukhodolsky added, is, “ignore the minor misbehaviors but don’t ignore the child.”