Dietary recommendations during breastfeeding are complex because they affect both the person and their baby. Due to a lack of consensus about dietary insufficiency and the effects of supplements on breast milk, guidelines for breastfeeding have been slower to evolve than those for pregnancy. 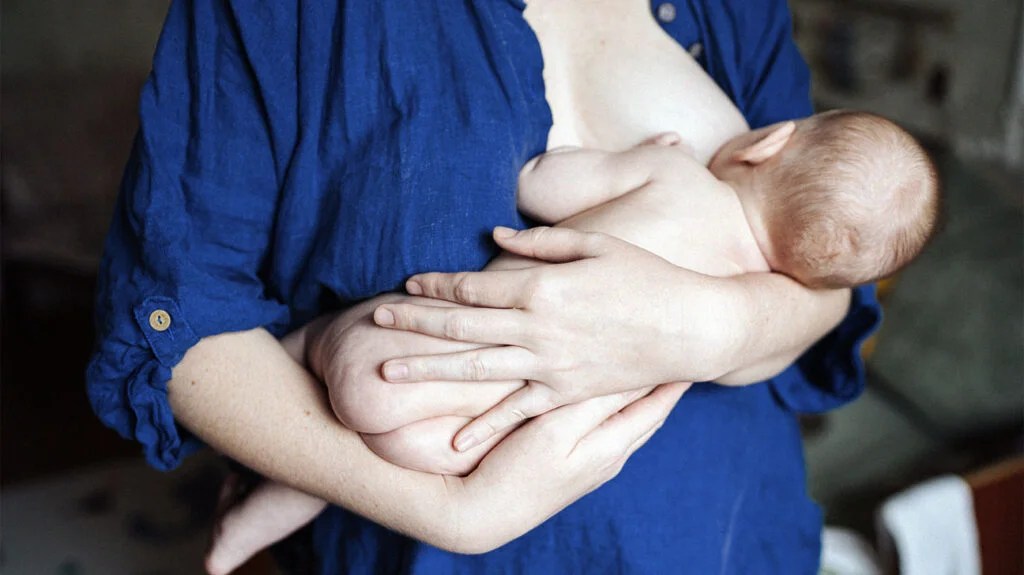 The recent furore over a National Health Service (NHS) claim that weight loss is a benefit of breastfeeding served to highlight how focused on calories nutritional advice can be.

The wording on the NHS’ Start4Life website has since changed, but there has been no additional advice about nutritional requirements. So, just what do lactating people need?

The question is not as straightforward as it seems. First, research into breastfeeding is largely focused on the needs of the baby, and little research had explored the composition of breast milk until fairly recently.

A 2020 study described past research as “scant” and reported that it focused mainly on the first few weeks of lactation.

A lack of understanding about the composition of breast milk makes it difficult to understand exactly which nutrients lactating uses up and exactly what a baby receives.

While researchers are using new techniques to gather insights into the composition of breast milk, these points remain unclear for many.

Recent news that vitamin D could offer protection against autoimmune diseases is to be welcomed. It adds clarity to an issue that has confounded researchers for decades, and it adds weight to calls for routine vitamin D supplementation for everyone in Northern latitudes.

Vitamin D is created when sunlight hits the skin, but short days, cool climates, and spending most of the time indoors means that as many as 40% of Europeans have a deficiency, which may be severe in 13% of cases.

Dr. Gareth Nye, a lecturer in physiology at the University of Chester, explained to Medical News Today:

“Most of us are deficient between October and April, at best, and many of us will have low levels throughout the year, which is why the recommendation that all pregnant women should take a supplement of 10 [micrograms (mcg)] or 400 [international units (IU)] of vitamin D per day throughout pregnancy is sensible and cost effective.”

“Low levels of vitamin D leave children prone to a condition called rickets, where the bones do not develop correctly,” he explained, adding that “Most formula milks have vitamin D supplementation included. However, with breastfeeding, all the source has to come from the mother.”

There is some evidence that people who breastfeed are more likely to have a vitamin D deficiency than the rest of the population.

A subanalysis of a German study into vitamin levels found that breastfeeding women were more likely to have vitamin D deficiencies than other women, and that these deficiencies likely arose during pregnancy. This means that the levels of vitamin D in their breast milk are also likely to be low, putting their babies at risk of deficiencies.

Considering that vitamin D supplementation is advisable during pregnancy and at other times of life, one could be forgiven for thinking that supplementation during breastfeeding would not be particularly controversial. One would, however, be wrong.

While the American Association of Pediatrics suggested that all children receive supplements of 200 IU of vitamin D a day in 2003 and raised this to 400 IU a day in 2008, uptake has been low.

One reason is that some breastfeeding advocates have argued that supplementing breastfed babies undermines breastfeeding.

The implication that breast milk does not provide sufficient nutrition for babies has been documented by UNICEF as a technique used by companies to push breast milk substitutes inappropriately. This is at the root of the controversy.

However, questions remain about whether 400 IU a day is enough. Both of those studies included dosages of at least 6,000 IU (150 mcg) a day.

Dr. Nye said: “Once the child is eating other forms of food, like yogurts, cow’s milk and eggs, they are getting the vitamin D themselves. So supplementation is only advised for as long as breastfeeding is the sole source of food.”

Pregnant people can have deficiencies in iron, and doctors routinely test for this throughout pregnancy in many countries. Some people then need iron supplementation due to blood loss from labor, but there is no increased demand due to breastfeeding.

“[The] baby should have enough stores of iron from the womb and should get enough from breastfeeding in the first 6 months,” said Hannah Whittaker, who is the spokesperson for the British Dietetic Association and a specialist registered dietician, as well as the director of bump2baby nutrition.

She added that people with vegan diets are less likely to obtain enough iron from food, a deficiency that does not stem from breastfeeding. Breastfed babies obtain dietary iron when solids are introduced at 6 months, and this is crucial for neurological development.

Despite some debate about whether babies who are exclusively breastfed until 6 months of age are more likely to have iron deficiencies at 9 months, the and the NHS concur that the iron in solid foods introduced at 6 months is sufficient for most babies.

Lactating people with vegan diets should also consider their levels of vitamin B12. The necessary amount during breastfeeding is slightly higher than it is for other adults — the recommended daily allowance rises from 2.4 to 2.8 mcg, according to the .

“Vitamin B12 we get from meat products, animal products. So if you’re following a vegan diet, we would always recommend to supplement with vitamin B12,” Whittaker explained.

If a breastfeeding person with a vegan or strict vegetarian diet has a deficiency in this nutrient, their exclusively breastfed baby will likely develop one, as well.

Breastfeeding a baby with milk allergy

The rate of allergies to cow’s milk in babies has increased in recent decades, as have rates of other food allergies, though, as various researchers have found, exact figures are unclear.

A doctor may advise someone who is breastfeeding a baby with this allergy to remove dairy from their own diet. In this case, consider supplementing with calcium, Whittaker said.

This is to protect the person’s bone health, not the baby’s, as calcium supplements have on calcium levels in breast milk.

“We would always encourage parents to continue to breastfeed as we always do, even with a baby with an allergy. So requirements go from 700 milligrams (mg) of calcium a day when pregnant to 1,250 mg. And then if you’re excluding calcium from your diet in terms of cow’s milk products, you’re really going to struggle to meet that. So that would be a situation where I’d always advise supplementation with breastfeeding, if your baby has an allergy or if mom is vegan.”

Impact of an unhealthy diet

For many people, the increased requirements during breastfeeding to not mean that it is necessary to take supplements. But it may be necessary if a person does not obtain enough nutrients due to dietary or lifestyle factors.

And while it is theoretically possible to obtain all the nutrients that a person and their breastfed baby needs through the diet, this often is not happening, Whittaker warned.

While many pregnant people meet their caloric requirements, an unhealthy diet may lead to low levels of some micronutrients, Whittaker explained, adding, “Some studies that one of my colleagues did in Liverpool Women’s Hospital found that the diets of the women in that hospital at that time, at the maternity hospital, were really quite poor. […] It is quite worrying, actually.”

Doctors frequently find iodine deficiencies in people who are pregnant or breastfeeding, Whittaker said, and emerging evidence of this is a frequent topic of discussion among her colleagues. She added:

“In pregnancy, people aren’t getting enough. And then as we get into breastfeeding, they need a little more, and then they are definitely not getting enough. So it is becoming a bit of a problem, because [iodine] is responsible for hormone production and [the] baby’s brain development, as well.”

The amount of iodine necessary during breastfeeding is almost double that at other stages of adulthood, rising from 150–290 mcg per day. During pregnancy, a person also needs more than usual. If a person starts breastfeeding with a deficiency, this can pose real risks to the baby, Whittaker emphasized.

A study published last year found that breastfeeding women who supplemented were more likely to have adequate levels.

Ultimately, the lack of clarity about what lactating people need is down to a lack of research. A recent review of micronutrient requirements for pregnant and breastfeeding women concluded that “Scientific evidence on which micronutrient intake recommendations for breastfeeding are based is sparse, compared to that published in relation to pregnancy.”

While people are encouraged to breastfeed their babies with the old adage that “Breast is best,” perhaps it is time to consider what nutrition is “best” for the people who breastfeed, too.