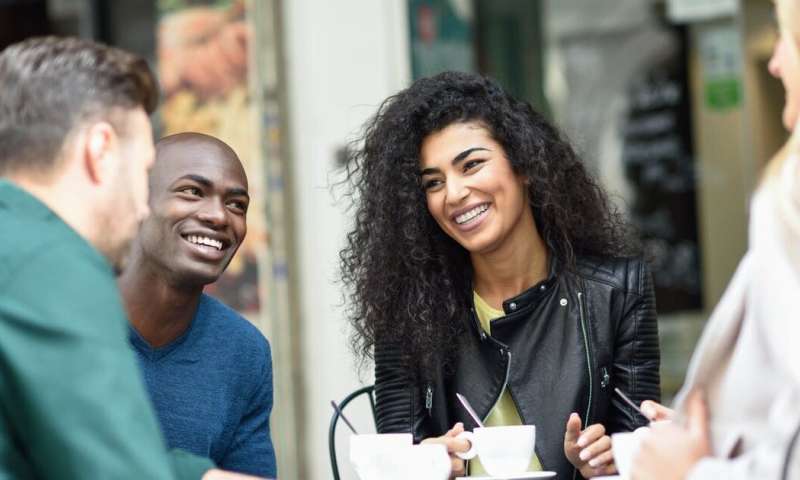 We have been following more than 2,000 Queenslanders from their adolescence into adulthood. The aim of the Our Lives study is to investigate how young people think about their future and how they master their trajectories in a world of rapid change and uncertainty.

In 2006, our research team began tracking more than 7,000 students who began high school in Queensland at the age of 13. Since then, the study has become the largest and longest of school leavers in Australia post the global financial crisis. The cohort turns 27 this year.

Every two years, we survey this cohort about their developing aspirations and experiences in work, study, housing, relationships and family. We also explore changes in their social attitudes and mental and physical health.

We did a special survey in June 2020 in response to COVID-19. We wanted to understand how the cohort had been affected since the previous survey six months earlier, in late 2019.

Among our findings are a sharp decline in mental health between 2019 and June 2020, especially among respondents living in urban areas and those without secure work. Marriage or de facto partnerships seem to be a buffer against sharper declines seen in young people who are single or living with housemates.

A decline in mental well-being

But, only six months into the next year 2020 (in June), this figure had already fallen by a further four percentage points, to 66%. These data suggest changes in the young people’s lives during the COVID-19 pandemic have accelerated the existing downward trend in their mental well-being. 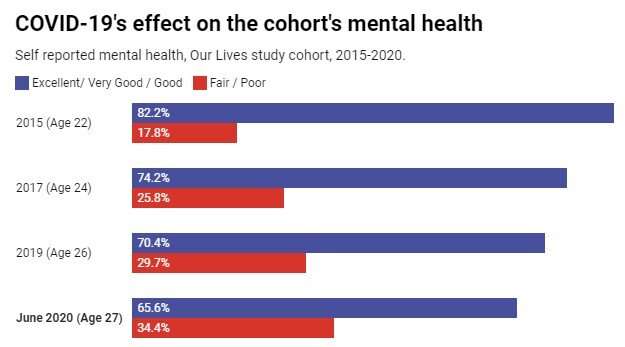 How different demographics have fared

Research has indicated women are more adversely affected than men by recessions, both economically and psychologically.

In line with this, the female participants in our study displayed significantly worse mental health during COVID than their male counterparts. The proportion of 27 year old males who described their mental health as excellent, very good or good in June 2020 was 70.5% compared to 63.5% for females.

Emergency welfare measures, such as the JobKeeper wage subsidy and increase to JobSeeker, may have temporarily prevented this gap from widening.

One of Australia’s top mental health experts, Professor Ian Hickie, has argued an extension to JobKeeper and greater financial support for students in post-school education and training are critical for mitigating the predicted surge in youth mental illness.

Security in young adults’ housing and relationships appears to provide a key buffer against the negative psychological impacts of COVID-19. Our data show young adults living out of home, or with a partner (married or de facto) report substantially better mental health in June 2020 than those who are single and living with parents.

Young people in who were living with housemates during the COVID-19 period experienced the sharpest decline in positive mental health. 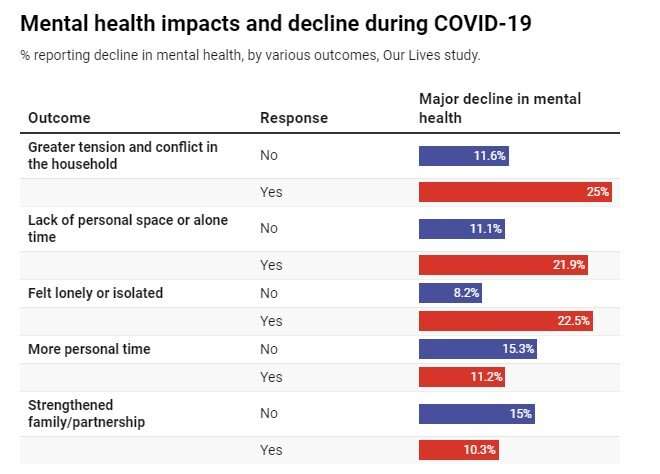 Social distancing took its toll on the Our Lives cohort during the national restriction period, with 39% reporting feelings of loneliness or isolation. There were also signs of strain and conflict in the young people’s relationships with those in their household.

Around one-quarter of the sample reported a lack of personal space or alone time, while 16% reported experiencing greater tension and conflict in the household. These outcomes increased young adults’ chances of experiencing a major decline in mental health during the lockdown period.

However, the effects of stay-at-home restrictions were not inherently negative. For many young adults, restrictions provided more time for themselves (38%) and encouraged stronger relationships with partners or family (33%). These outcomes were associated with significantly lower chances of a decline in mental health.

It’s vital young people have good access to youth mental health services in the months ahead so their mental health doesn’t continue to drastically decline. This is particularly the case for young people who may be less able to turn to parents, partners or friends for help.

Research has consistently found young people with mental health issues are the least likely to seek out mental health information and access professional help when they need it.