Microdialysis is a valuable tool in neuroscience that can be used to investigate and learn about complex brain functions through the collection of small-molecular-weight substances from the extracellular fluid or interstitial space. 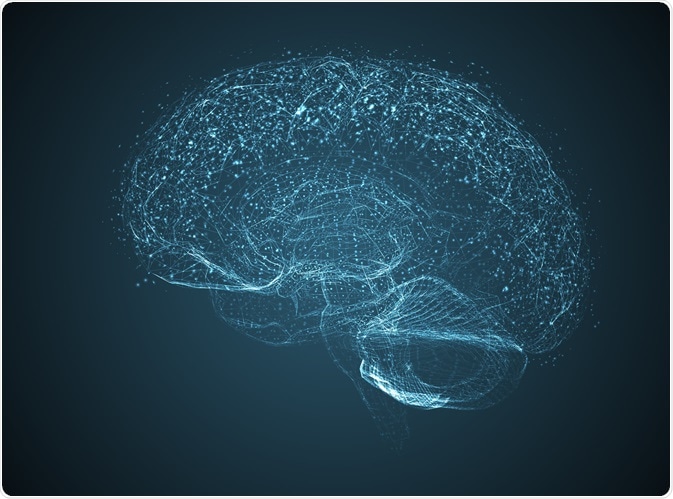 The technique involves a fine catheter lined with a membrane being placed into the brain tissue to monitor neurotransmitters, peptides, hormones, and drugs. The membrane is semipermeable and only enables small-molecular-weight solutes to be transported across it, with permeability generally confined to molecules of mass less than 20,000 Da.

Once the probe is in place and perfusion has begun, substances lying outside of the membrane in the interstitial space pass through into the probe, as they move from an area of higher concentration to lower concentration.

The concentration gradient is set by ensuring the analyte concentration is higher on one side of the membrane. The perfusate is slowly infused along the probe and flows into the end of the device, where it is collected so that the analyte can be measured over a predetermined volume and time.

The technique is used to analyze the “cross talk” between different neurotransmitter systems and the effects that various chemicals within the brain have on neuroreceptors. The technique has proved valuable in the study of multiple psychiatric and neurodegenerative diseases, as well as in the discovery of new pharmaceuticals to treat such conditions.

The technique is widely used to measure in vivo extracellular levels of the neurotransmitters dopamine, acetylcholine, norepinephrine, and γ-aminobutyric acid (GABA).

Unlike the imaging techniques and biosensors that are used as detection tools, microdialysis is a sampling tool and requires coupling with a device that will enable analysis. If appropriate analytical assay is available, microdialysis can be used to measure virtually any soluble substance within the interstitial fluid.

Advantages over other techniques

One of the main advantages of using microdialysis over other perfusion methods is that the probe used to capture substances from the interstitial space is smaller and displaces less tissue when push-pull perfusion is applied.

The membrane that lines the catheter also creates a barrier that separates the perfusate and tissue, preventing exposure of the tissue to the perfusate’s turbulent flow. It also prevents exposure to substances, such as bacteria which are too large to cross the membrane. The rate of the perfusate flow is also slower than other methods, which minimizes analyte depletion.

Sally has a Bachelor's Degree in Biomedical Sciences (B.Sc.). She is a specialist in reviewing and summarising the latest findings across all areas of medicine covered in major, high-impact, world-leading international medical journals, international press conferences and bulletins from governmental agencies and regulatory bodies. At News-Medical, Sally generates daily news features, life science articles and interview coverage.