Single particle cryo-electron microcopy (cryo-EM) helps to determine the three-dimensional structure of molecules and assemblies without crystallizing the samples. 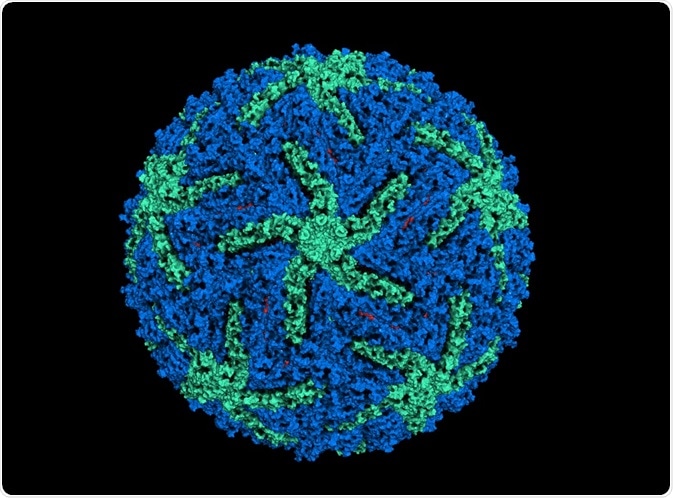 What is single particle cryo-EM?

Single particle cryo-EM involves using electron microscopy to take up to millions of images of a biological sample using low-dose radiation. Cryo-EM has been in use since the 1970s, however, there has been renewed interest in the technique after scientists achieved near-atomic resolution, which is less than 4 Å.

The rapid increase in the popularity of cryo-EM can be attributed to the development of a direct electron detector device, or DDD camera. These cameras have a superior quantum efficiency which measure the signal to noise ratio in the system. The metal-oxide semiconductor technology helps to collect the image stacks that are then corrected for sample movements.

Employing these tools provides a very good quality of the image and image processing. Also, the inclusion of sophisticated image processing software has aided the creation of three-dimensional maps of the sample.

In addition, in EM, the electron beam is kept in a vacuum and the same conditions need to be applied to the sample. This may not pose an issue for inorganic samples, however, a biological sample may become dehydrated, thus affecting sample integrity. This issue was resolved by Taylor and Glaeser, who used frozen hydration to preserve the structural integrity of samples.

Another problem is the radiation damage that may be caused by the high energy electron beam. Often, cooling the sample can reduce the damage due to radiation. Subsequently, the idea of determining the protein structure without crystallization was proposed by Joachim Frank. He proposed combining images of several individual protein particles to reconstruct a three-dimensional image.

In the late 1990s, charge-coupled devices (CCDs) were used to record the EM images. As CCD cameras cannot detect electrons directly, it needs a phosphor scintillator for converting the electrons to photons.

The resolution while reconstructing an image may also depend on the homogeneity of the sample and how well the individual images are aligned. The two critical steps to process an image computationally are classifying an image and alignment. Recently, a Bayesian approach has been used to reconstruct the cryo-EM images. This is a powerful approach that classifies images very well.

Earlier, the process of single particle cryo-EM was complicated and tedious where a large number of high-quality cryo-EM images were needed to reconstruct a single sample. Also, these images were only collected by persons who had training and experience in the field of electron microscopy.

The process was time-consuming, requiring several hours of repeating the same procedure. However, automation of data acquisition has now changed the field. Now, the facilities require only a few highly trained individuals, while regular users require only minimal training and can even acquire data remotely.