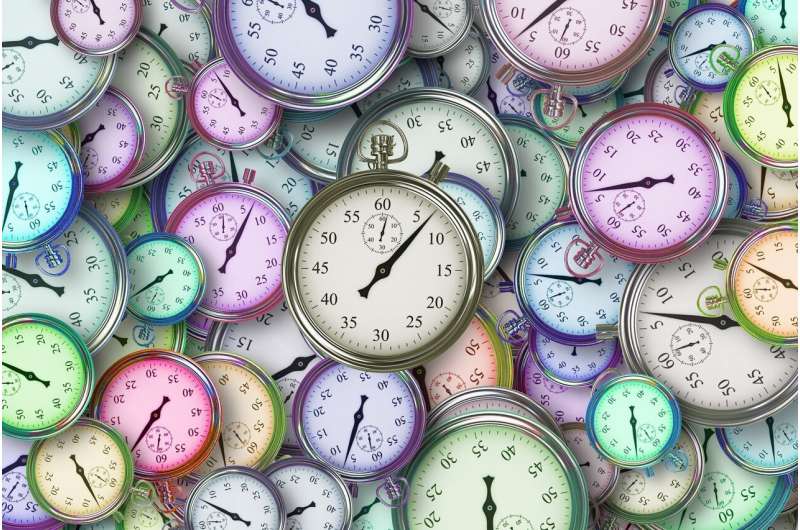 Feeling a little out of it this week? It’s no surprise. You can thank our annual tradition of turning the clocks forward one hour for Daylight Saving Time.

Losing an hour of sleep once a year may seem worth it once you get around to the extra hour of sunlight in the evening (or not worth it, if you are a morning person). But even Congress is tired of being tired—the Senate just passed a bill (unanimously!) to make Daylight Saving Time permanent in 2023.

How did this one issue attract so much attention and agreement?

Because playing with our sleep twice a year has consequences, on our bodies and society as a whole—as UC Berkeley sleep researcher Eti Ben Simon tells us in our Fig. 1 video on bad sleep.

If legislation is anything to go by, time changes aren’t even popular, whether you’re springing forward or falling back. At least 36 states introduced bills in 2019 to get rid of the time change and stick to either standard or Daylight Saving Time. California voters agree with that sentiment, and in 2018 a whopping 60% voted to allow legislators to consider making Daylight Saving Time permanent.

California and other states, however, are unable to enact the change without approval from Congress. With the Senate’s unanimous vote this week to make Daylight Saving Time permanent, we are now one step closer to doing away with time changes, but the bill must still be taken up by the House and signed by the president to be enacted into law. Some say standard time, not Daylight Saving Time, should be permanent.

Why does changing our clocks get our goat so much? Perhaps it’s because losing sleep is even worse for you than you thought.

Ben Simon, a researcher at the Center for Human Sleep Science, studies how sleep loss affects our social and emotional behavior.

“I think sleep is the last frontier in human health,” Ben Simon says. “So far, we managed to understand the basic requirements for life, like oxygen, food and water and why they are critical to our survival. Yet, sleep still remains a mystery. Sleep evolved hand-in-hand with life on earth and we have not found a living organism that can survive without it. It is one of the foundations of life and it’s time we understand this thing called sleep.”

You may already know that lack of sleep is linked to high blood pressure, diabetes, Alzheimer’s disease, heart attack or stroke, and obesity. What Ben Simon has also found is when we don’t sleep, we become antisocial and drive others away.

Her lab performed an experiment in which they compared emotional and social behavior in young people after a night of solid sleep versus staying up all night.

Without sleep, people felt more anxious and depressed, and did not allow others to get as close to them as they did after a good night of sleep. Their sense of personal space was far greater. Even normally outgoing people engaged less. Observers perceived the sleepless students as less healthy, more anxious and less desirable to interact with. It was the same person, just without a night of sleep.

Losing an entire night of sleep may seem like a drastic example. But Ben Simon’s lab has found similar effects when we lose smaller amounts of sleep (as we do when cramming for finals, say, or changing the clocks for Daylight Saving Time). Nights of poor sleep led individuals to engage in less social activities and feel lonelier the next day. Ben Simon’s lab is concerned with how a lack of sleep can combine with chronic stress and loneliness to snowball into a particularly unvirtuous cycle: loneliness makes it hard to sleep, and not sleeping makes us lonelier.

Ben Simon believes sleep is essential for our health, and needs to be treated as such for a better, healthier society.

“I think that change has to come from people demanding the right to sleep and not being embarrassed they need eight hours of sleep,” she says. “And from policymakers and governments and employers that really care about the well-being of citizens to start promoting sleep.”

When Daylight Saving Time was first introduced in World War I nobody ever thought about how it might affect human health and sleep loss. It was intended to help the country burn less coal and conserve energy. But today it’s clear that it triggers massive sleep loss—and related ill effects—on nearly 1.6 billion people twice a year.

Going to bed earlier or making other adjustments to “catch up on sleep” don’t really fix the problem, Ben Simon says. That’s because we often struggle to adjust to any change in our sleep pattern. In a chronically sleep-deprived society, disruptions like the shift to Daylight Saving Time just make the problem worse.

“I think it’s kind of ironic that in trying to catch up on sleep, you know, come Sunday night, you might actually lose more sleep than you’ve earned, because once you change the timing you also change the duration,” Ben Simon says. Going to bed at the same time and sleeping for the same duration are important to our overall health. A time change is not conducive to that.

In fact, it might be time for society to consider being more flexible about our school and work start times, too. California has taken the first step by enacting legislation earlier this year to make sure middle and high school starts no earlier than 8:30 a.m. That might eventually mean letting parents clock in later, too.

So do yourself a favor, and make sure you get your sleep. Moving our clocks forward or backward may one day be gone for good, but your internal clock is going nowhere—and knows what’s best for you.

How to get in tune with your internal clock: