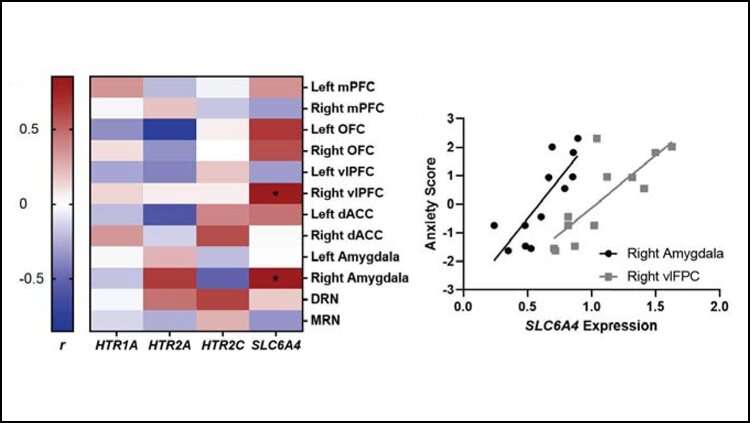 Anxiety-prone people can blame serotonin cleanup proteins gone awry in their amygdala, according to research in marmosets recently published in JNeurosci. Targeting the amygdala with anti-anxiety medication could provide quicker relief.

The same event or set of life circumstances could send one person into the depths of anxiety or despair while leaving another unaffected. This distinction, called trait anxiety, arises from the proteins involved in serotonin signaling, a neurotransmitter implicated in anxiety and depression.

Quah et al. measured the level of gene expression for genes encoding serotonin transporters—the protein tasked with cleaning up serotonin after its release—and those encoding receptors in marmosets.

The researchers focused on brain areas involved in emotional processing, such as the amygdala and prefrontal cortex. Marmosets with greater trait anxiety had high levels of gene expression for serotonin transporters in their amygdalae.