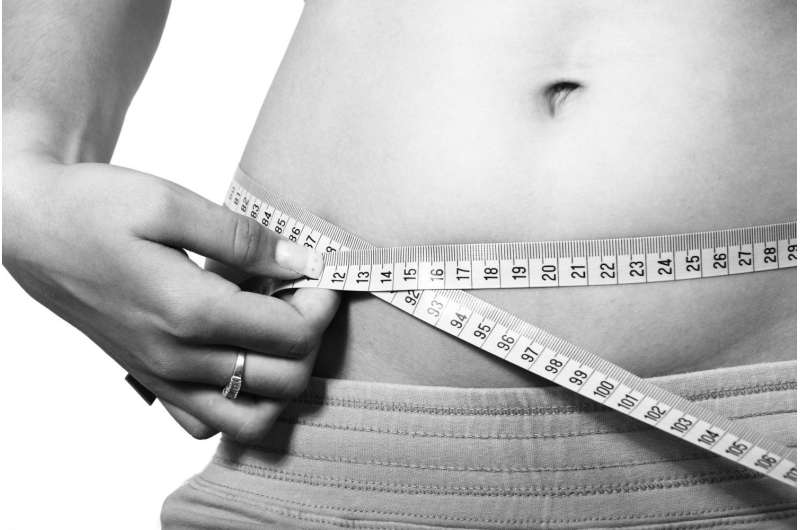 Scientists believe a stomach-specific protein plays a major role in the progression of obesity, according to new research in Scientific Reports. The study, co-authored by an Indiana University School of Medicine researcher, could help with development of therapeutics that would help individuals struggling with achieving and maintaining weight loss.

Researchers focused on Gastrokine-1 (GKN1)—a protein produced exclusively and abundantly in the stomach. Previous research has suggested GKN1 is resistant to digestion, allowing it to pass into the intestine and interact with microbes in the gut.

In the Scientific Reports study, researchers show that inhibiting GKN1 produced significant differences in weight and levels of body fat in comparison to when the protein was expressed.

“While diet and exercise are critical to maintaining a healthy weight, some individuals struggle with weight loss—even in cases of bariatric surgery, maintaining weight loss can be a challenge,” said David Boone, Ph.D., associate professor of microbiology and immunology at IU School of Medicine, an adjunct professor in the Department of Biology at the University of Notre Dame, and a co-author of the study. “These results are an example of how a better understanding of the gut microbiome and the physiological aspects of obesity—how our bodies regulate metabolism and accumulate body fat—could help inform new therapies.”

Data from the Centers for Disease Control show adult obesity rates have increased to 42.4 percent in the United States. In addition to increasing an individual’s risk of stroke, diabetes, certain cancers and other health issues, obesity can also increase the risk of severe illness due to COVID-19.

Models without GKN1 weighed less and had lower levels of total body fat and higher percentages of lean mass—despite consuming the same amount of food. When put on a high-fat diet, models without GKN1 showed a resistance to weight gain, increased body fat and hepatic inflammation, which can lead to liver disease. Researchers also found no evidence of adverse effects such as cancer, diabetes, loss of appetite, malabsorption or inflammation—and results were consistent in male and female models.