Attention deficit hyperactivity disorder (ADHD) is one of the most common neurological conditions in children, characterized by marked hyperactivity, impulsivity, and inattention. More than 5% of children globally suffer from ADHD. 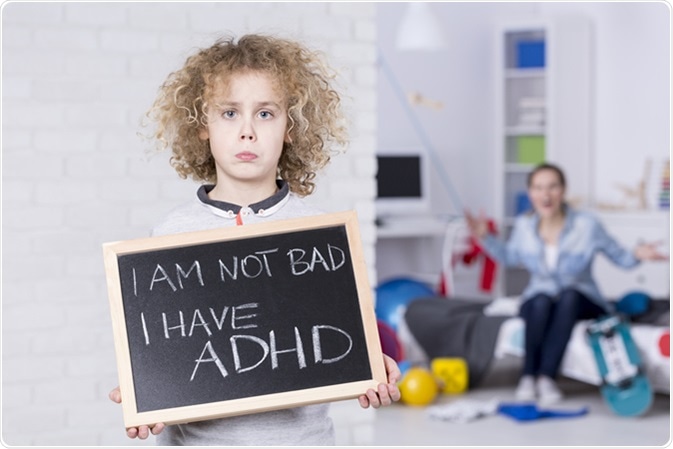 ADHD is predominantly a disorder of childhood. However, its occurrence in adolescents and young adults has been rising in the last few decades. People from all races and ethnicities are at a similar risk of being diagnosed with ADHD.

The precise cause of ADHD is still not known, however the familial patterns of ADHD point towards its association with genetic triggers. Children and adolescents with ADHD are typically hyperactive, face difficulties in executing skills and paying attention in school. They usually find it hard to deal with people due to their impulsive nature, and hence they remain aloof. These children often have problems controlling their emotions, and they  can exhibit defiant or violent behavior.

An early and accurate diagnosis of ADHD and any other coexisting mental condition helps in the effective management of this disorder. Combination of psychotherapy, counselling, behavioral training, and ADHD medications are used depending on the severity of the condition and age of the patient.

A lot of research has gone into this domain. The amount of information that is available about ADHD presently is the outcome of the work of several scientists over centuries.

Sir Alexander Crichton, a Scottish doctor, was the first person to mention a condition which appeared to be similar to what is classified as ADHD today. In 1798, based on his observations in several patients with mental illnesses, he described a characteristic present in these patients as the inability of paying steady attend to one object. This symptom fits into the modern definition of inattention in ADHD.

Heinrich Hoffmann, a German physician, created  “Fidgety Phil”- a series of stories for children in 1844. In these stories, he described certain irrational behaviors of a child which loosely fits the modern definition of ADHD. Even though the symptoms described by him were not classified as ADHD at the time, his stories are used as popular ADHD allegories.

ADHD in the 20th Century

In 1902, Sir George Frederic Still, a British physician, mentioned a defect in moral control without general physical or intellectual impairment. With the benefit of hindsight, the behaviors explained by him, to an extent, can now be correlated to the modern definition of ADHD. The cases studied by him which depicted this behavior, were disproportionate in terms of gender. This points towards high incidence of ADHD in males compared to females.

Charles Bradley, an American physician, serendipitously discovered some beneficial effects of a CNS stimulant drug in 1930. It showed an improvement in behavior and performance of students at school.

Later in the 20th century, the term “hyperkinetic impulse disorder” was coined, which largely covered the characteristics of the behavior present in ADHD patients.

In 1952, American Psychological Association (APA) released the first edition of the Diagnostic and Statistical Manual of Mental Disorders (DSM), listing several mental health conditions, albeit ADHD was not recognized in this edition.

In 1955, USFDA, approved a psychostimulant medication that later went on to become a choice of treatment for ADHD.

APA issued DSM-III (third edition) in 1980 , in which they defined the condition as attention deficit disorder (ADD). As hyperactivity was not considered a typical symptom of this disease back then, they had classified ADD into two subtypes: ADD with/without hyperactivity.

Further down the line, in 1987., APA released a revised version of DSM-III. In this manual, they recognized hyperactivity as an inherent feature of ADHD, and not a variant symptom. Therefore, the classification of ADD with/without hyperactivity was removed, and the condition was renamed as ADHD. DSM-III definition of ADHD included all three symptoms, i.e. inattentiveness, hyperactivity, and impulsivity.

During 1990s , the medical community observed a tremendous hike in the number of ADHD cases worldwide. This might be attributed to several factors such as the clarity of symptoms and accurate diagnosis criteria, rising awareness about ADHD, or an actual increase in number of cases. There are diverse opinions from researchers on the major reason for such rise in positive ADHD diagnosis during this decade.

APA released DSM-IV (fourth edition) in 2000 , which classified ADHD into three subtypes: (1) predominantly hyperactive-impulsive type, (2) predominantly inattentive type, and (3) combined type. This is the most recent official classification of ADHD that serves as the reference point for psychiatrists dealing with this disorder globally.

Recent epidemiological research on ADHD has focused mainly on neural responses and affected brain circuits in ADHD patients, coexistence of other psychological conditions, and the possible link of ADHD to genetic mutations.