Dr. Alois Alzheimer first described both amyloid plaques and neurofibrillary tangles early in the twentieth century, who noticed the unique structure were evident in patients with certain symptoms, now known as Alzheimer’s disease.

As a result, he suggested that the tangles and plaques may be involved in the pathology of the disease, and they have since been the subject of many research studies investigating this hypothesis.

Amyloid plaques consist of dense, mostly insoluble clumps in the spaces between the nerve cells in the brain tissue. The plaques are made up of beta-amyloid, which is a protein peptide or fragment that appears to have toxic effects on the function of the surrounding brain cells. 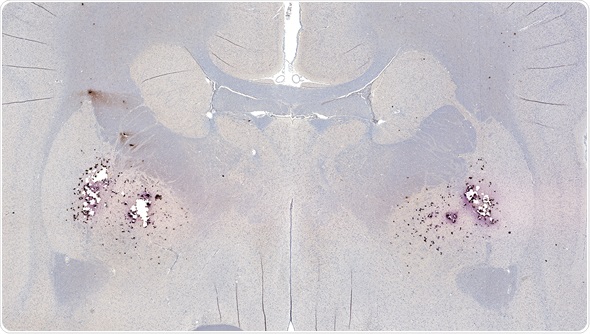 Over time, some individuals develop amyloid plaques in the central nervous system as they age. There are some regions of the brain that are particularly prone to the development of the plaques, such as in the hippocampus. The hippocampus is important for the processing of memories from short-term to long-term and damages in this area of the brain is associated with symptoms of Alzheimer’s disease.

The exact role of amyloid plaques in the pathogenesis of Alzheimer’s disease is not well understood. It is evident that they are more prevalent in individuals with the disease, but it is unclear if they cause or are a by-product of the disease. However, there is some evidence to support the suggestion that some genetic mutations lead to an increase in beta-amyloid production, responsible for causing some forms of Alzheimer’s disease.

Neurofibrillary tangles are another hallmark characteristic of the brain tissue associated with Alzheimer’s disease. They involve the twisting of tau protein threads of the nerve cells in the brain tissue.

For healthy individuals, microtubules are structures found in the nervous system that provide support to the neurons and assist in the transportation of nutrients and vesicles. The tau protein threads with some phosphate molecules usually bind to the microtubules, helping to stabilize them.

For individuals with Alzheimer’s disease, there is a larger number of phosphate molecules bound to the tau protein than normal, known as hyperphosphorylation. This reduces the stability of the microtubule support to the neurons and can lead to the formation of tau threads and then paired helical filaments, which can then become tangled inside the cell.

Amyloid plaques and neurofibrillary tangles are unique structures in the brain tissue that are suspected to be involved in the pathophysiology of Alzheimer’s disease. However, the exact role of these structures is not known, and it remains unclear if they cause the disease or if they are a byproduct.

Yolanda graduated with a Bachelor of Pharmacy at the University of South Australia and has experience working in both Australia and Italy. She is passionate about how medicine, diet and lifestyle affect our health and enjoys helping people understand this. In her spare time she loves to explore the world and learn about new cultures and languages.