Cytotoxic T-lymphocyte-associated protein 4 (CTLA-4) is an immunogenic protein receptor that is expressed almost exclusively on CD4+ and CD8+ T cells. It plays a crucial role in the homeostasis of these cells and by binding to CD80/86 on antigen-presenting cells (APCs), it blocks co-stimulation between T cells and APCs.

This is a critical function within the immune system that allows it to separate self from non-self and eliminate the imposters. T cells begin their lives in the thymus, where a large repertoire of them is generated in order to fight against the many unknown pathogens that we come into contact with during our lives. 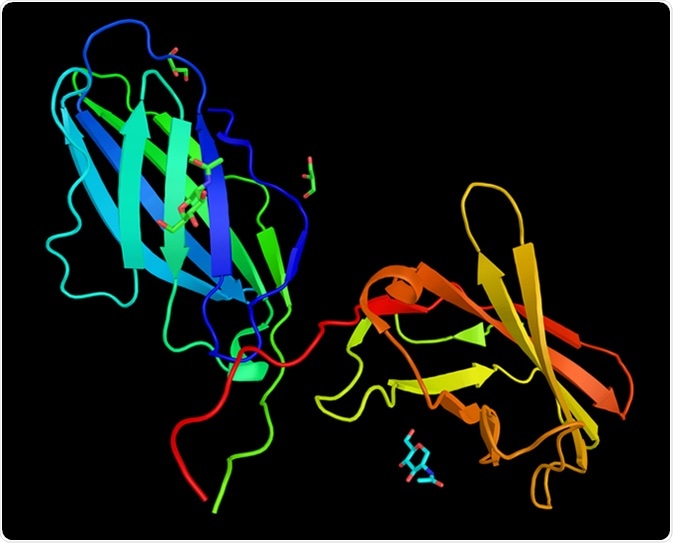 In a process known as central tolerance, T cells that react strongly to self-peptides are eliminated to prevent auto-reactivity. In further processing, those T cells that cannot bind to the major histocompatibility complex (MHC) sufficiently undergo apoptosis, while those that do so weakly to MHC molecules or self-peptides are released into the peripheral pool where they are exposed to APCs that display either foreign antigens or mutated endogenous proteins as in the cases of infection and malignancy, respectively.

T cell receptors (TCRs) may have what is known as cross-reactivity with self-antigens and in efforts to avoid any autoimmunity, a normally functioning immune system keeps several checks and balances in place to regulate T cell activation during immune responses in a process known as peripheral tolerance.

CTLA-4 is central in the process of peripheral tolerance. It has a very dominant function in the stoppage of T cells that are potentially autoreactive at the initial stages of T cell activation. Cancers give rise to neo-antigens that are tumor-specific and capable of being recognized by the immune system. Under normal conditions, the recognition of such cells would lead to their elimination; however, cancers use several tricks to evade host immune defenses. These strategies include inducing T cell tolerance, immune editing and suppressing host immune response in the local microenvironment of the tumor.

Studies show that when the CTLA-4 pathway is blocked, there is a decrease in growth of the tumor and improved overall survival. These studies, although preclinical, postulate the rationale for using inhibition of the immunogenic checkpoints as a means for anti-cancer therapy. Monoclonal antibodies for the treatment of lung and skin cancers have been approved, while there are other antibodies in the pipework for a range of other cancers, such as prostate, kidney, head and neck.

The exact mechanism by which the antibodies against CTLA-4 work to produce an antitumor response has not yet been clearly elucidated. However, data gathered from studies show that the immune priming phase is affected by CTLA-4 blockade. This is accomplished by enhancing effector T cell activation and proliferation, while reducing the suppression of T-cell response by regulatory T cells.

Dr. Damien Jonas Wilson is a medical doctor from St. Martin in the Carribean. He was awarded his Medical Degree (MD) from the University of Zagreb Teaching Hospital. His training in general medicine and surgery compliments his degree in biomolecular engineering (BASc.Eng.) from Utrecht, the Netherlands. During this degree, he completed a dissertation in the field of oncology at the Harvard Medical School/ Massachusetts General Hospital. Dr. Wilson currently works in the UK as a medical practitioner.