Over the past few years, an increasing number of both federal and state governments around the world have decriminalized and/or legalized the medicinal and/or recreational use of cannabis. Since cannabis is most commonly smoked indoors, it is crucial to investigate the potential effects that secondhand cannabis smoke can have to others, particularly children.

This article will cover: 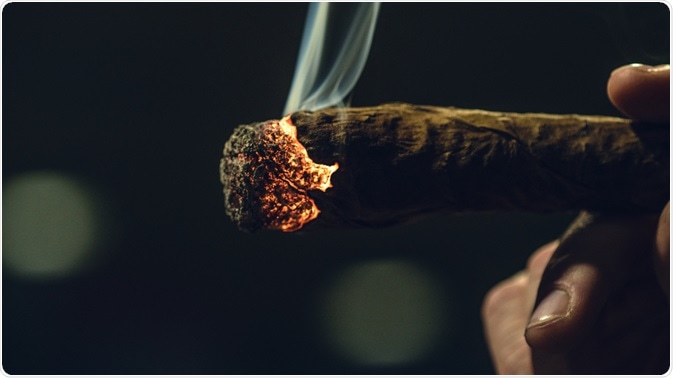 Overview of indoor cannabis use

As of 2016, it has been estimated that 24.0 million people in the United States are cannabis users. This number has undoubtedly experienced a significant interest since court rulings in Washington D.C. and 8 other states have legalized cannabis use for both recreational and medicinal purposes.

Cannabis smoking, which is its most common form of consumption, often occurs indoors, which can lead to a high concentration of particulate matter to be released and inhaled by nearby individuals.

Children are often considered to be the susceptible population to the harmful effects of environmental tobacco smoke; therefore, the fact that up to 8.0 million children in the United States live with a parent who is a current cannabis user raises the concern that inhalation of secondhand cannabis smoke can also cause detrimental health effects.

In addition to a lack of literature confirming this potential health correlation, there also remains no legal restrictions in the United States that protect children from exposure to secondhand cannabis smoke in the home.

What is in cannabis smoke?

Although the cannabis plant differs greatly from the tobacco plant, the smoke from both of these plants are actually comprised of many of the same chemicals, such as nitric oxide and aldehydes, both of which are known to cause severe health effects to exposed individuals.

Several different studies have been conducted to investigate the chemical composition and properties of cannabis smoke alone, as well as in comparison to that of tobacco smoke. In fact, it has been reported that higher levels of benzo[α] pyrene are present in cannabis smoke than tobacco smoke; however, these studies are often limited in their sample size and variety of cannabis strains tested.

A 2019 Preventive Medicine Reports study investigated the association between secondhand cannabis smoke (SCS) and adverse health outcomes in exposed children. This large trial study monitored air particle concentrations in almost 300 homes of families with at least one smoker and one child under the age of 14 with a customized Dylos DC1700 particle monitor. This study separated families into one of four categories of a cannabis-only home, cigarette-only home, dual-smoking home or non-smoking home.

The particle monitors used in this study were capable of obtaining continuous data on the presence of air particles within the diameter size range of 0.5 to 2.5 micrometers (µm). It was determined that there was no real difference in particle concentrations present in cigarette-only homes as compared to cannabis-only homes. As expected, both cigarette-only and cannabis-only homes exhibited a significantly higher concentration of particles as compared to that which was present in nonsmoking homes.

In order to determine the health outcomes of children living in the different types of homes in this study, the researchers considered the frequency of emergency department visits, ear infections, bronchitis/bronchiolitis, asthma and skin conditions in all home types.

It was found that children living in homes with indoor cannabis smoke were 83% more likely to exhibit adverse health outcomes compared to children living in non-smoking households. It should be noted that this correlation was not found to be statistically significant.

While the study discussed here was limited in its statistical power and use of reported measures, the potential health concerns for children exposed to SCS remain concerning.