Brain damage caused by illnesses such as Alzheimer’s, which is a form of dementia, can be identified through biomarkers in the bloodstream, which can leak into the bloodstream after any type of damage or trauma to the brain. These biomarkers include the presence of a protein called neurofilament light chain (NfL).

Although assessing the amount of NfL in the bloodstream can provide information on whether a patient could go on to develop Alzheimer’s even more than 15 years before symptoms of the disease arise, predicting when exactly the onset of disease will occur is not currently possible. 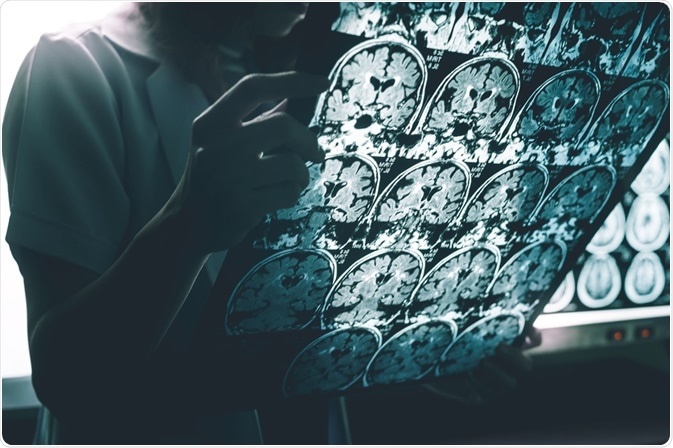 What is Alzheimer’s disease?

Alzheimer’s is a type of dementia. Dementia is a syndrome that is characterized by progressive cognitive decline, which affects a person’s memory, thinking and reasoning skills, as well as speech abilities, mood, and movement in its later stages.

Although the exact cause of Alzheimer’s disease is not yet fully understood, several risk factors and biomarkers have been identified through research.

Some risk factors for Alzheimer’s include:

What type of brain damage leads to Alzheimer’s?

In the healthy human brain, billions of neurons transmit information from the brain to the muscles and organs through electrical and chemical signals, but in illnesses like Alzheimer’s, these communication pathways are disrupted.

This causes large numbers of neurons to stop working properly and die off, leading to the widespread neurodegeneration that causes the majority of Alzheimer’s symptoms.

Initially, the damage to the brain in Alzheimer’s disease is characterized by neuronal connections in the entorhinal cortex and hippocampus, which are areas of the brain containing the networks for memory functions, becoming damaged.

As the disease progresses, the cerebral cortex is damaged, which is responsible for language, reasoning, and behavioral functions.

A natural protein called the beta-amyloid protein collects between neurons and forms plaques and disrupts neuron communication. Neurofibrillary tangles also occur, which are accumulations of tau-protein that abnormally detach from microtubules that form part of the structural support in neurons and attach to other tau molecules.

When tau molecules stick together, they form tangles that disrupt neuronal transport systems and communication between the neurons is damaged.

How can brain damage caused by Alzheimer’s be identified through blood tests?

The blood test, which was discovered by a research team at Washington University in 2020, detects the amount of neurofilament light chain, also known as neurofilament light polypeptide, which is a cytoskeletal protein that makes up a portion of the internal skeleton of neurons. 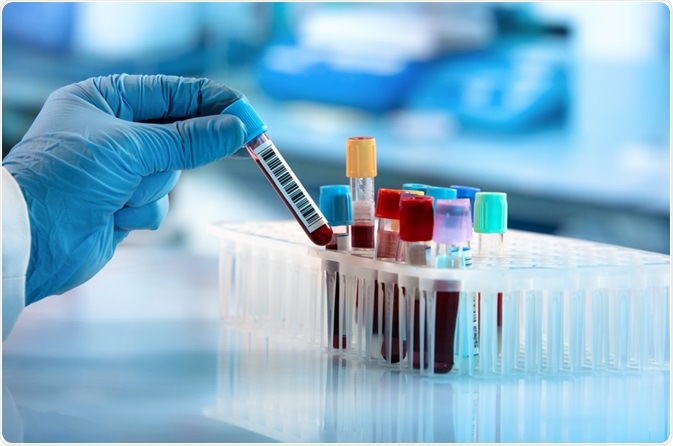 NfL leaks into the cerebrospinal fluid that surrounds the brain and spinal cord when neurodegeneration takes place. The protein then makes its way into the bloodstream, where it can be picked up on and measured through the use of blood tests.

If there is a high level of the NfL in a patient’s bloodstream, this could be an indicator that they are experiencing a degree of brain damage, which could be caused by a number of illnesses other than Alzheimer’s.

Using this blood test, doctors could be able to give predictive information for patients, before they experience any of the symptoms of Alzheimer’s disease.

This means their likelihood of getting Alzheimer’s disease could be estimated, although predicting exactly when a patient would develop Alzheimer’s is not yet possible.

How is the blood test for Alzheimer’s disease taken?

To obtain a sample, a spinal tap must be carried out. A spinal tap is a procedure in which spinal fluid is extracted from around the spinal cord through a needle that is inserted in between two bones in the lumbar region of the spine.

The future of blood testing for Alzheimer’s disease

At present, the blood testing kit for Alzheimer’s disease can test for the amount of neurofilament light chain in the blood, but it has not been approved by the Food and Drug Administration (FDA) for the use in diagnosing or predicting an individual patient’s risk of brain damage.

This is because there is currently no defined limit for how much neurofilament light chain in the bloodstream is too much. As NfL can rise quickly and significantly after head trauma and in other diseases,

Further research needs to be carried out for these blood tests to be used to accurately tell patients when they will be diagnosed with Alzheimer’s.

Lois is a freelance copywriter based in the UK. She graduated from the University of Sussex with a BA in Media Practice, having specialized in screenwriting. She maintains a focus on anxiety disorders and depression and aims to explore other areas of mental health including dissociative disorders such as maladaptive daydreaming.