Napping is a phenomenon seen across the world and in all age groups. It is a short sleep but produces many solid benefits in young and older adults. Its disadvantages include the presence of sleep inertia, which varies with the nap duration. 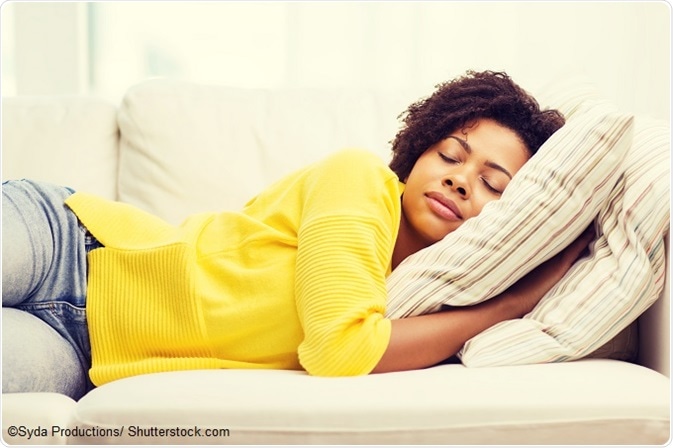 Short naps lasting 15 minutes or less produce almost immediate improvement in cognitive performance, whereas longer naps lasting over 30 minutes are also beneficial, with a sustained improvement for many hours of wakefulness, but are associated with a short period of sleep inertia.

Factors which determine the benefit of a nap

The timing of naps must be in accordance with the circadian rhythm of sleepiness to produce optimal benefit to the napper. Early afternoon (2-4 pm) when most people have a minor sleepiness peak would appear to be the best time for a nap.

In fact, when compared to getting more sleep at night, or having caffeine as a pick-me-up, a nap was the most beneficial mode of coping with this afternoon trough of energy. It has been shown that afternoon naps show better sleep efficiency, with a shorter sleep latency, and a higher amount of short-wave sleep. Napping at other times out of sync with the circadian cycles may produce severe sleep inertia.

Factors influencing nap timing may include individual sleepiness, timing of the sleep schedule in relation to the circadian clock, immediate sleep history, quality of sleep, and the preceding duration of wakefulness.

Naps show greater benefits when they are preceded by a longer period of wakefulness. Normally, about 16 hours of wakefulness are followed by a feeling of tiredness and wish to sleep. However, if an individual works in night shifts or has other problems with night sleep, the night peak of sleepiness may start earlier, when the workday is still going on. A nap may postpone this feeling to later, producing significant gains in productivity.

Those who habitually nap reported that their nap was refreshing, rather than those who rarely take a nap. The former show a pre-nap body temperature drop unlike the latter, and have lighter sleep which may be responsible for a quicker recovery from sleep inertia.

Any factor which disturbs the biological clock such as jet lag, or changing to daylight saving time, or shift work, or simple insomnia, causes untimely fatigue and sleepiness, and napping may help manage this best.

Naps extending from 10 to 20 minutes seem to be the most beneficial because of the reduced sleep inertia related to less slow-wave activity. However, following severe sleep deprivation, slow-wave sleep is desirable to reduce sleep pressure. Thus, short naps are suited to workplace breaks to ensure the immediate resumption of alertness.

Napping does not allow the person to enter deep sleep, but allows the buildup of sleepiness to rapidly dissipate, resulting in higher alertness post-nap. Those who do not nap are those who may sleep more deeply and experience severe sleep inertia when they wake.

Memory enhancement occurs with a brief nap, showing the importance of sleep in information retention. Problem solving skills may increase due to the better ability to sift out the relevant from the extraneous. REM sleep helps even more in making logical connections between words and ideas and consolidating memory.

Thus, workplace napping may help improve employee efficiency especially when the job has to do with knowledge management or requires good judgment and decision making.  Working memory is one area which shows significant improvement with napping in adults without reported sleep deprivation. This is crucial to performing complex jobs which require multiple tasks to be held in the memory while concentrating on only one.

Naps are found to be more common in older people who suffer from diabetes, depression, or chronic pain, and also insomniacs. The common factor in all these is sleeplessness which may create a need for sleep in the daytime. It used to be believed that napping interfered with night-time sleep, but this has not been substantiated. Napping does improve cognitive function and leads to enhanced feelings of well being.

Though napping confers a lot of advantages in adults, it cannot replace the night-time sleep because the ability to give sustained attention to a matter and to notice significant details depends chiefly on the total night sleep. When sleep deprived, naps can boost mental functioning for a short time, but recovery sleep must still occur over the following days.