Water makes up for around 50-70% of human body weight and is necessary for the daily functioning of the body, including playing key roles in metabolism, maintenance of electrolyte balance, nutrient transporter, provides lubrication for joints and organs, as well as providing structure to various cells and tissues. 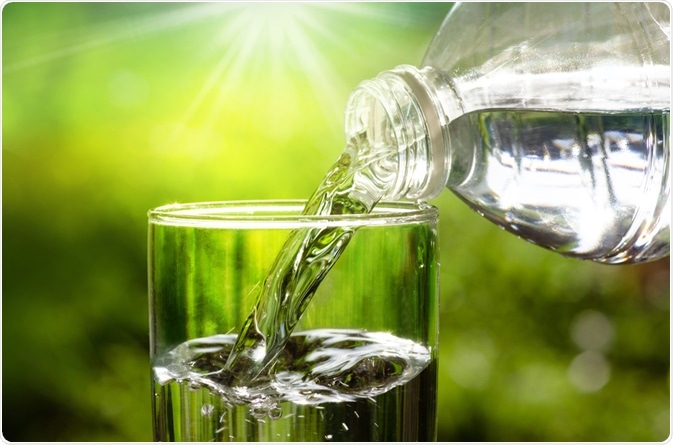 Deficits in body water (dehydration) can lead to serious problems within the body, as well as negatively affecting brain and cognitive function.

Effects of Dehydration on Body and Brain Function

Exercise, humidity, heat, sun exposure, and health conditions can greatly increase total water output (to around 3100ml+/day). Therefore, water loss needs to be compensated for by water intake in the form of water (around 2L or 8 cups per day), other beverages, and food.

The brain, compared to the rest of the body contains more water mass, approximately 75% of all brain mass is water. As mentioned, water is required to provide metabolic and structural support for cells and tissues, as well as being involved in the transport of essential nutrients and compounds, which are essential for proper neuronal function.

Studies have shown that cognitive function declines at mild water loss of around 2% body water loss, though this can be affected by individual differences relating to fitness levels and dehydration tolerance.

These include poorer concentration, increased reaction times, short-term memory issues, and negative mood changes. Such a mild loss of water from the body can occur simply as a result of routine daily activities especially in adults who consume only around 1L of water (or 4 cups worth) a day.

Other physiological symptoms of mild dehydration that affect the brain can include light-headedness, dizziness, headache, nausea, and fatigue. Many daily headaches can be attributed to mild dehydration. Thus, these factors may play a role in reduced cognitive function when dehydrated.

In one study, 26 men and 25 women (around 20-23 years old) were enrolled in a randomized placebo-controlled study examining the effects of mild dehydration on cognition.  A diuretic pill, or placebo, was administered combined with exercise.

Cognitive tests were performed 20 minutes after 3x exercise sessions and included testing for memory, vigilance, processing speed as well as an assessment of mood.

The results indicate that women were greatly affected in terms of fatigue, more headaches as well as concentration difficulties whereas men did not seem to suffer from such adverse effects. Thus, women are more sensitive to mild dehydration=induced cognitive and mood changes compared to men.

This was further supported by another study (involving a 24-hour fluid fast) which found similar effects but also increased sleepiness and fatigue, combined with worsened moods, during periods of water fasting.

Importantly, rehydration (after 24 hours) whilst improving mood, did not lead to improvements to fatigue and vigor suggesting longer periods of fluid deprivation can exhibit longer-lasting effects on the brain despite rehydration.

It is important to note that these effects were determined from a group of early-20-year olds and may not reflect the situation in older or younger individuals, as well as those with chronic health conditions. 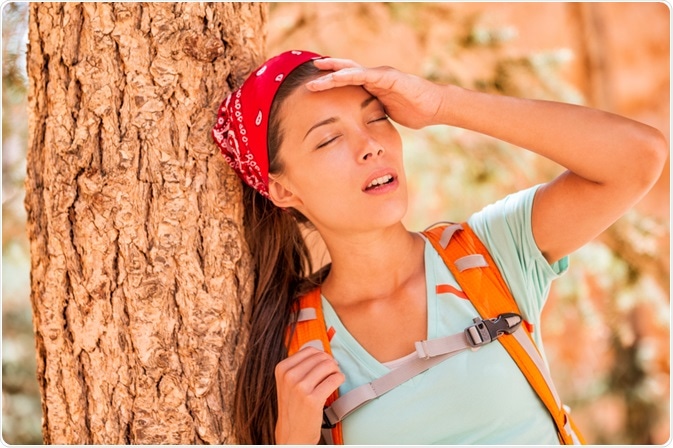 Effects of Hydration on Brain Function

The above study, whilst providing important insights into the effects of moderate dehydration, is not typically reflective of everyday scenarios. In another study, habitual high volume (>2L/day) drinkers were asked to lower their water intake to 1L/day, and low volume (<1.2L/day) drinkers were asked to increase their drinking to 2.5L/day for 3 days.

Thus, increasing daily water intake, be it a few more glasses per day than normal can lead to longer-lasting emotional, arousal, and energy changes associated with a positive effect of cognition. On the other hand, regularly consuming less than 1.2L/day and being dehydrated is associated with worse cognitive effects and everyday functioning.

These effects are particularly important for elderly individuals who are more at risk of impaired cognitive function coupled with moderate dehydration. Better hydration, as in the case with younger healthier adults, is associated with positive effects on cognition.

This is also the case with younger children who perform better when hydrated and perform worse when dehydrated. This has huge implications for learning and behavior in schools and suggests that keeping hydrated is key to ensure optimal learning and attention – in addition to mood and behavior.

One would speculate that those that revise or take exams when fully hydrated would perform better than those that were dehydrated (both during learning and testing phases). Indeed, a study found that water consumption before tests was associated with better performance on memory tasks and visual attention than those who did not consume water.

In summary, being and staying hydrated is critical to the normal and proper functioning of the body and the brain, importantly in the maintenance of cognitive function. Even mild dehydration (around 4 cups or less per day) is associated with reduced cognitive function characterized by increased fatigue, sleepiness, worse mood, and attention.

Studies have shown that increasing levels of hydration have beneficial effects on cognitive function by improving mood, energy, and attention – especially in school children and the elderly. Ensuring we stay regularly hydrated (around 2L/day) in adults ensures proper cognitive functioning, and even a period of mild dehydration can adversely affect mood and memory.

Osman is a Neuroscience PhD Research Student at the University of Sheffield studying the impact of cardiovascular disease and Alzheimer's disease on neurovascular coupling using pre-clinical models and neuroimaging techniques.