Since plasmapheresis can be used to separate blood cells from the plasma, the potential for its therapeutic use was recognized more than half a century ago. Therefore this method is also known as therapeutic plasma exchange (TPE), primarily due to its health benefits, although it can also be utilized to collect plasma in order to manufacture a wide range of medications.

This procedure enables effective removal of substances with large molecular mass (i.e. antibodies, complement components, antibodies and coagulation cascade factors) from the plasma. Thus, if a specific blood component is recognized as harmful, it can be selectively removed and subsequently replaced with the same component from healthy donors.

Two considerably different techniques are being commonly used to perform plasmapheresis – centrifugation and filtration. During centrifugation plasmapheresis whole blood is spun in order to separate the four major components of blood into layers, according to their dissimilar densities. This technique carries an advantage of virtually no limit pertaining to the maximum size of the removed molecules, but in most instances consultations with a blood banker who regularly performs this procedure are deemed necessary.

Conversely, in filtration plasmapheresis the whole blood is passed through a filter in order to separate the plasma components from the larger cellular components (red and white blood cells and platelets). Its major advantage is that a large filter is easily added to the existing hemodialysis circuit, without significant interruption of patient care. However, the size of the pore on the filter is a limiting factor in removing larger molecules.

A plethora of alternative techniques to standard plasmapheresis have been described. They include cryofiltration where the initial filtrate is cooled down prior to reinfusion through a second filter, and also cascade filtration using a series of membranes with different pore sizes. Those techniques are currently not widely used as further comparative research is needed to assess their efficacy.

When and how the procedure is performed

The main purpose of plasmapheresis is to remove aberrant proteins or antibodies, thereby preventing their accumulation or ability to attack certain body systems. It can be used in the treatment of a variety of diseases, including autoimmune disorders and specific types of cancer, but also as a method of detoxification (for example, in cases of phalloid mushroom intoxications). Some experts consider it as a modern approach to the ancient therapy of bloodletting.

The most common conditions that can benefit from plasmapheresis include thrombotic microangiopathies, systemic lupus erythematosus, liver failure, neurological disorders such as Guillain-Barré syndrome, Lambert-Eaton Syndrome and myasthenia gravis, autoimmune diseases of the kidney and renal transplantations. It is also used to reduce cholesterol levels in patients with familial hypercholesterolemia.

The procedure can be done either on an outpatient or inpatient basis. It is usually available in bigger medical centers and clinics. Plasmapheresis generally takes a few hours to perform, and the number of necessary treatments varies significantly based upon patient's specific diagnosis. Anticoagulant therapy is administered at the same time in order to prevent the formation of blood clots.

During the procedure a patient can lie down on a bed or recline in a chair, as long as the relaxation effect is accomplished. Two catheters are inserted – one into a large vein of the arm, and another one into the opposite arm (or sometimes even foot). Following their insertion the blood is taken from the patient and passed through a membrane; the separated blood cells are then combined with replacement fluids and returned to the patient. 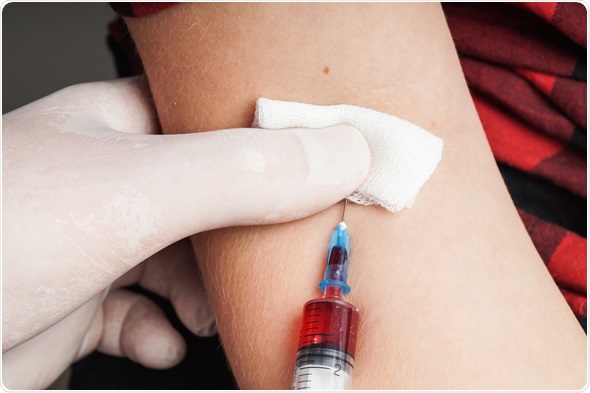 Although approximately 40% of patients experience some type of complications, severe forms occur in less than one percent of all plasmapheresis procedures. Among the most common ones is hypotension (low blood pressure), which can manifest as dizziness, nausea and blurred vision. Insertion of the catheter can also cause problems such as bleeding or infection.

Citrate toxicity can arise from anticoagulation therapy, prompting the urgent decrease of the anticoagulant flow rate to reduce the amount of citrates which bind to calcium in the blood. Calcium supplementation may also help in such instances. Although the transmission of hepatitis or HIV is a possibility, it is extremely rare in clinical practice.

On the whole, plasmapheresis is considered a safe procedure when conducted by experienced health care staff. Most of the potential complications are minor and not life-threatening. The improvement can be seen within days or weeks, and benefits usually last for several months.

Dr. Tomislav Meštrović is a medical doctor (MD) with a Ph.D. in biomedical and health sciences, specialist in the field of clinical microbiology, and an Assistant Professor at Croatia's youngest university – University North. In addition to his interest in clinical, research and lecturing activities, his immense passion for medical writing and scientific communication goes back to his student days. He enjoys contributing back to the community. In his spare time, Tomislav is a movie buff and an avid traveler.