The importance of studying protein-protein interactions

Proteins do not always function alone, and protein-protein interactions are thought to be important in cellular processes. Most of them will interact with other proteins as oligomers; this could be between two of the same proteins (homo-oligomer) or between different proteins (hetero-oligomer).

Within a bacterial genome, it is estimated that up to 80% of cellular proteins function as an oligomer, with homo-oligomers being four times more common than hetero-oligomers.

However, the definition of “oligomer” can vary according to the techniques used, and how the protein functions – i.e. does it function alone or with other proteins? 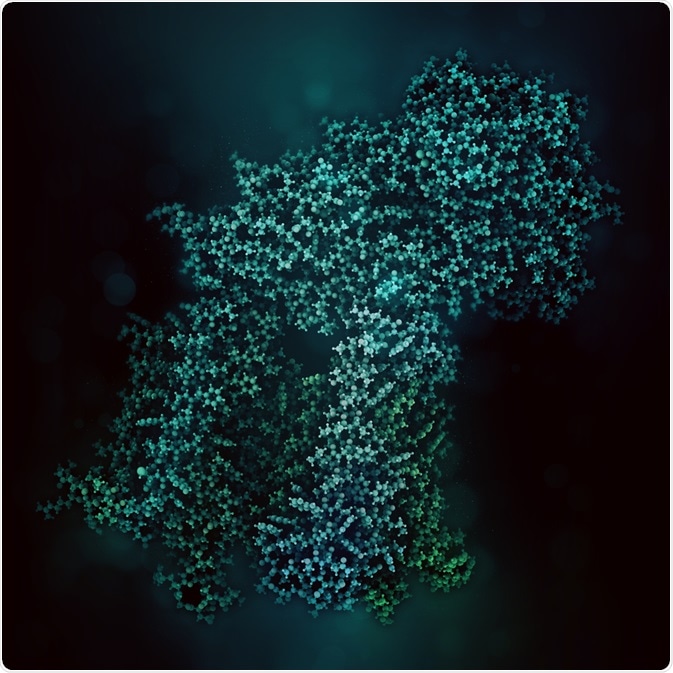 How do you visualize protein-protein interactions using fluorescence?

Various methods can be used to study protein oligomerization.

This can be genetically coded, organic dyes and nanoparticles such as quantum dots. Factors which need to be considered include the brightness and the “quantum yield” (the probability of a photon being emitted when the fluorophore is excited) of the fluorophore, which are linked to the environmental conditions, such as pH and viscosity, as well as the structural property of the fluorophore such as rigidity.

Organic dyes can be added directly or indirectly to the protein, and have advantages including stability and smaller size compared to fluorescent proteins. However, unlike genetically coded tags, these can lead to high levels of background noise due to the presence of unbound dyes.

The method which is commonly used to add organic dyes involves covalent modification of amino acid chains, as well as the use of fluorescently labeled immunoglobulins (immunofluorescence).

Quantum dots are semiconductor crystal nanoparticles and these have gained attention as a versatile and sturdy fluorescent label. The main advantages of using quantum dots include the ability to tune the emission spectra, and increased quantum yield and photosensitivity compared to organic dyes. However, these nanoparticles are generally thought to be too large to be able to diffuse through the cell membrane.

Once proteins are tagged with fluorescence, several methods can be used to study them using fluorescence microscopy-based methods; examples include the use of bimolecular fluorescence complementation and quantitative single-molecule localization microscopy. 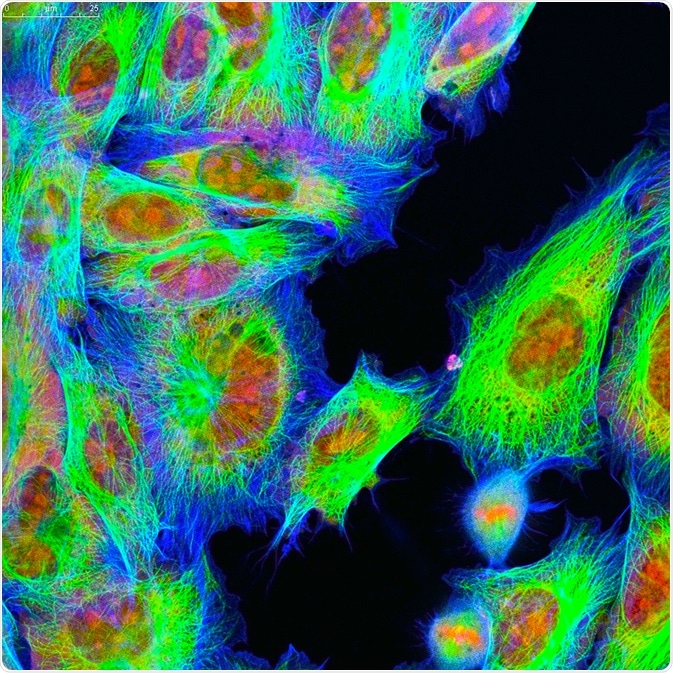 Bimolecular fluorescence complementation has been developed to facilitate the study of protein-protein interactions.

Here, photobleaching of a fluorophore is monitored by using a total internal reflection fluorescence (TIRF) microscope set-up. Fluorescence is kept low, and the TIRF microscope is set so that only the membrane proteins are illuminated.

This helps to eliminate background fluorescence as well as fluorescence coming from the cytoplasm. It is then possible to effectively isolate individual subunits which are emitting fluorescence. Thus, it is possible to go beyond high-resolution imaging and count individually tagged molecules such as a protein or a protein subunit.

A study has used single-molecule localization microscopy to study the oligomerization of human glycine receptor.