Stealing the show! Beyoncé’s 8-year-old daughter, Blue Ivy, looked all grown up in the Wednesday, July 28, trailer for her mom’s Black Is King visual album.

The Grammy winner, 38, kicked off the Disney+ trailer saying, “To live without reflection for so long might make you wonder if you even truly exist.”

The video went on to show clips from the singer’s visual album, which is based on music from The Lion King: The Gift soundtrack, released in July 2019.

Blue appeared nearly one minute into the trailer, looking elegant in an off-the-shoulder dress and pearls. The little one was all smiles rocking a bun and red lipstick.

“Black Is King is a celebratory memoir for the world on the Black experience,” Disney and Beyoncé’s Parkwood Entertainment said of the project in a statement earlier this month. “The film is a story for the ages that informs and rebuilds the present. A reunion of cultures and shared generational beliefs. A story of how the people left most broken have an extraordinary gift and a purposeful future.”

The special will include full-length videos for songs including “Already,” “Brown Skin Girl,” “Mood 4 Eva” and “My Power.” It premieres on Friday, July 31.

Blue sang in “Brown Skin Girl,” alongside her mom, Saint Jhn and Wizkid. The 8-year-old won her first BET Award for the tune last month. 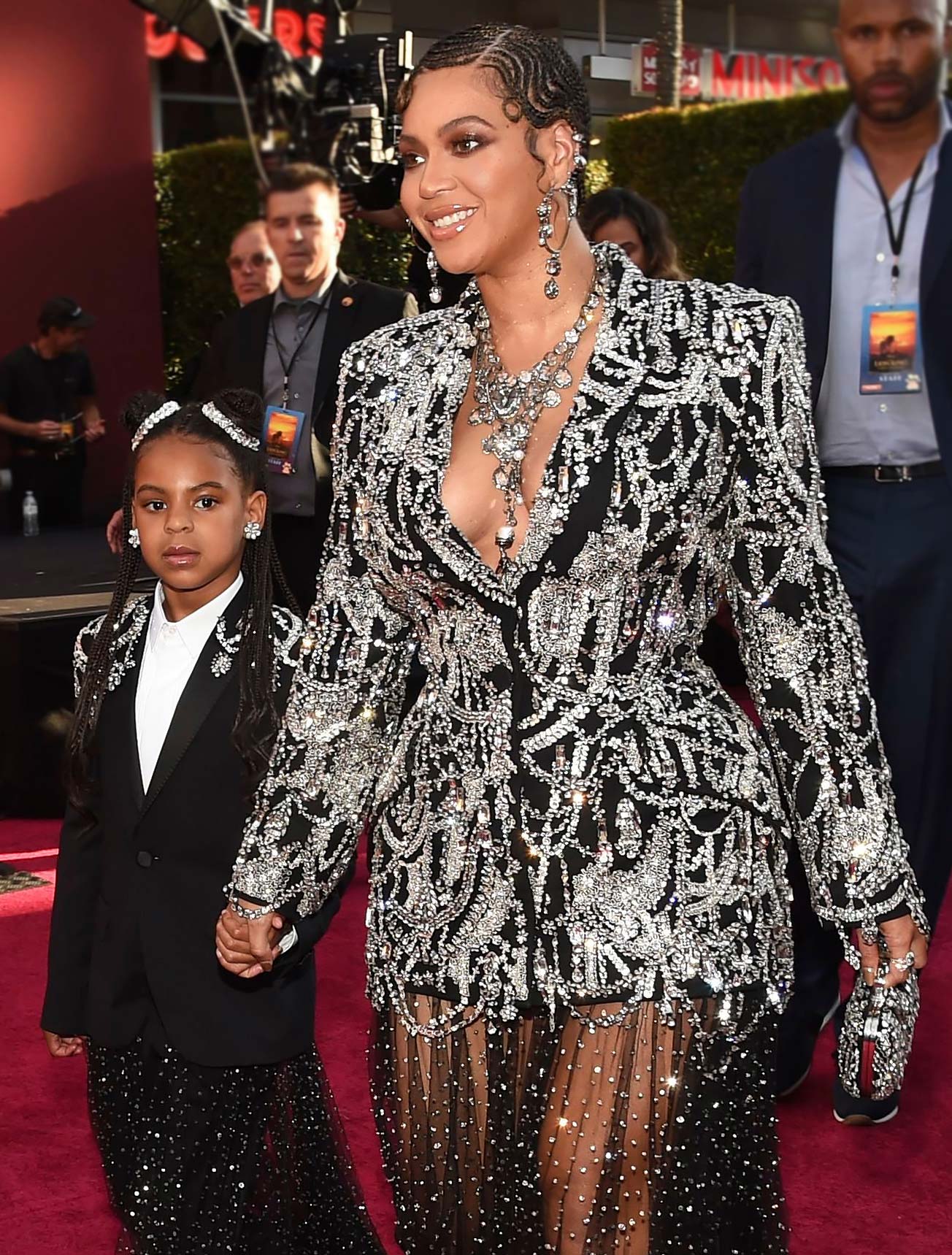 Celebrity Parents Who Have Twins

The couple try to bring their kids “everywhere,” a source exclusively told Us Weekly in June 2019. “Blue always travels with Beyoncé and comes with her when she’s working,” the insider said at the time. “The twins are getting older and Beyoncé has been taking them out a little more too. … They’re a very tight-knit family and like to do everything together.”

The source went on to tell Us that the rapper, 50, “does a lot of daddy stuff,” explaining, “He takes Blue to school and things like that.”