The new mom, 35, shared photos on Friday, May 28, via her Instagram Story, and revealed Jupiter took a liking to Hudgens, 32.

“Juju & Aunt Nessa,” Tisdale captioned the first photo of the Princess Switch actress holding the baby. Hudgens looked comfortable as she curled up on the couch with the little one. In the next photo, which showed Hudgens smiling at the newborn, Tisdale added a crying emoji. 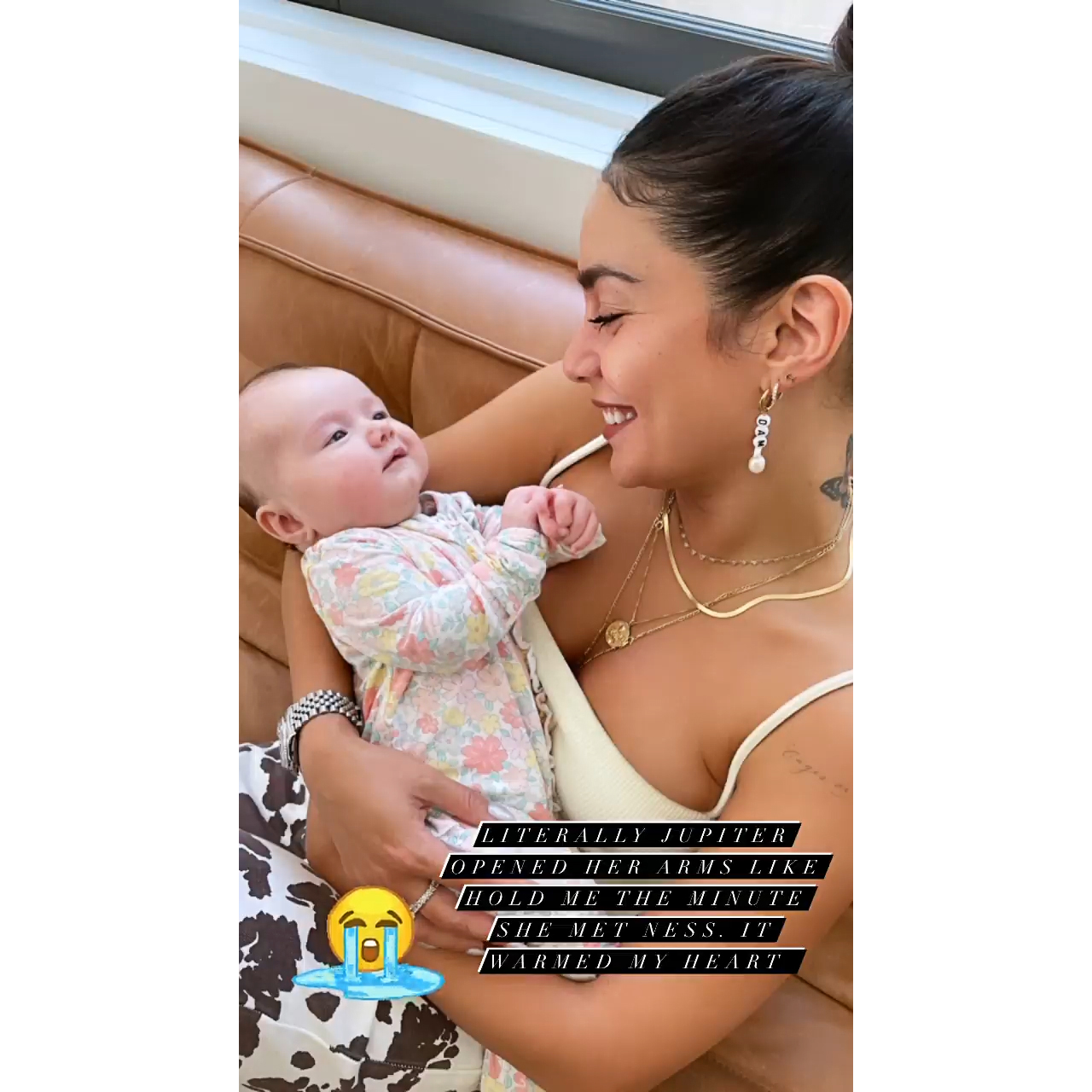 “Literally Jupiter opened her arms like hold me the minute she met Ness. It warmed my heart,” Tisdale captioned the photo.

The Cast of ‘High School Musical’: Where Are They Now?

Hudgens and Tisdale have been close friends since meeting while filming the original High School Musical movie in 2005. More than 15 years later, they’re still close.

Hudgens previously revealed that she was waiting to meet Jupiter until she could make sure it was safe.

“We’re going to wait until I have time and make sure that I’m not traveling anywhere,” Hudgens explained to Access in April. “I’m so excited. [Ashley’s] like, ‘You have to come over and sing for her because she loves singing … Whenever she’s on her stomach, she kicks when there’s singing!’ So I’m like, I’m going to come over and be the auntie who sings.” 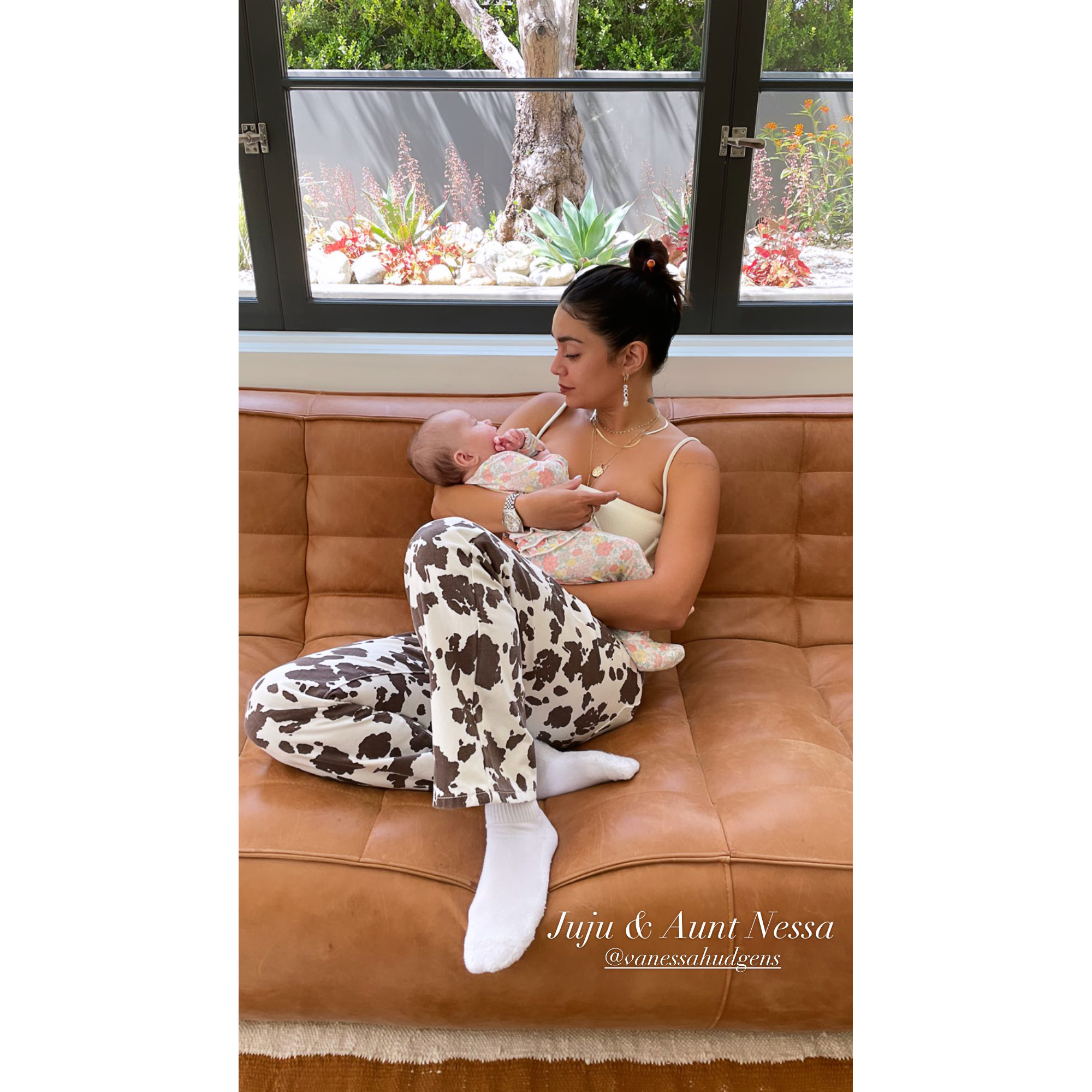 Tisdale gave birth on March 23. She and her husband, composer Christopher French, announced their baby’s arrival just a day later. “Jupiter Iris French arrived earth side 3.23.21,” they shared on Instagram the next day along with a photo of Jupiter’s tiny hand.

The star told Us Weekly in March that she caught up with Hudgens toward the end of her pregnancy, and it “was really special.” However, they probably won’t look back at their Disney Channel Original Movies with Tisdale’s little one.

“I don’t watch that stuff myself and my husband really hasn’t seen that stuff either,” the “He Said She Said” singer explained at the time. “If she’s watching with her friends one day, I might come across it. But I don’t think I would expose her to that stuff. I don’t know. Maybe when the time comes, it will be different. I want her to be really grounded.”