Breastfeeding one kid can be a tough job — even though eventually you do get enough practice to get the hang of things. Breastfeeding two kids at the same time? That’s a juggling act that impresses us every time. Bachelor alumna Bekah Martinez appeared to be trying this out over the weekend after she gave birth to her second child on Friday.

“In case you were wondering how the breastfeeding is going,” Martinez wrote on her Instagram Stories, showing her 1-year-old daughter Ruth Ray De La Luz on one breast and her newborn son (whose name she has yet to reveal) on the other. (Since the story has expired, peep the pic on Us Weekly.)

After the incredible effort it takes to give birth to another human being, just imagine what it’s like to feed two of them from your own body. Hats and bras off to Martinez.

I don’t know how I got so lucky. Gray— there’s quite literally no one I’d rather raise babies with. Dad— you set the bar pretty high. Love you both more than words can describe.

We’re big “fed is best” advocates here at SheKnows, so no judgment to those who can’t or decide not to breastfeed their babies, and to those who have to stop before their kids are 1. At the same time, the World Health Organization does advocate for children to be “given nutritious complementary foods and continue breastfeeding up to the age of 2 years or beyond” for their optimal health and growth. So, little Ruth is well within her rights to still get her share of mama’s milk. And if moms of multiples can do it, so can the mom of a toddler and a baby.

The littlest child of Martinez and her boyfriend, Grayston Leonard, was born early Friday morning, Martinez announced on Saturday, saying they didn’t have a name for him yet. Leonard posted another photo of his son saying his name is Old Bob.

This is my son. His name is Old Bob

Then he felt the need to clarify this on Sunday.

“His name is not actually Old Bob, as much as I want it to be,” he said in his Instagram Stories. “It’s just a nickname for right now.”

Enjoy these other beautiful photos of tandem breastfeeding in action. 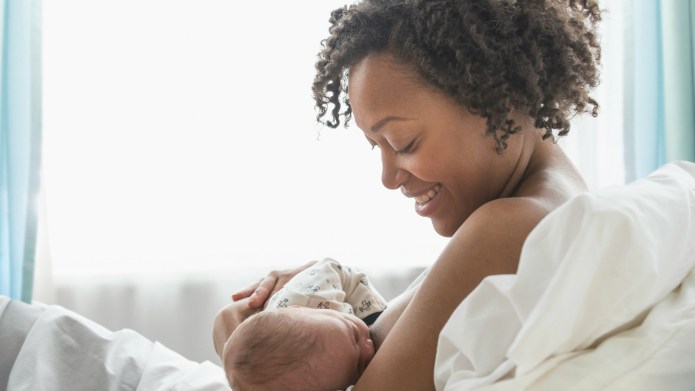 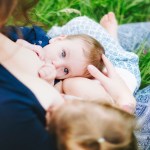 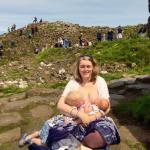 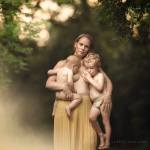 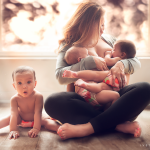