James Van Der Beek and his wife Kimberly have been candid about Kimberly’s harrowing experience suffering back-to-back miscarriages in recent years. Now they’re speaking up about how she needed blood transfusions to save her life not once, but twice, and it’s inspired them to raise awareness for the need for blood donations. 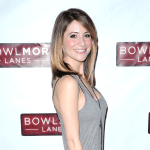 Kimberly, who has five children with the Dawson’s Creek alum, revealed that after suffering a fourth miscarriage in November 2019, she went on to experience her fifth just eight months later, in June 2020.

“My life was on the line,” she told People. “What saved my life was blood transfusions, people who donated blood. Without them, I probably would not be here.”

In a separate interview with Entertainment Tonight, the mom called her last two miscarriages “incredibly difficult, emotionally and physically. I just felt like I was going to pass. I didn’t know that I was going to live through it. It became pretty dark.”

As a result of these life-threatening experiences, the Van Der Beeks are partnering with the American Red Cross to bring awareness to the vital need for blood donations. “I never realized how important blood donations were until the woman I love most was in a situation where blood made the difference between life and death,” the Dancing with the Stars alum shared in an American Red Cross press release.

Kimberly, whom James calls “a miracle,” highlighted an extra need for blood donations now, as the pandemic has created a gap in supply. “Everybody has spent a year inside at home, not thinking about donating blood and that results in a shortage of blood available,” she told People. “We support the Red Cross and this mission of giving blood.”

On his Instagram page, the actor expounded further on the couple’s reason for their partnership with the life-saving non-profit during Trauma Awareness Month. While there are many things one can donate, Van Der Beek said, “there is one thing you can do that literally goes directly to saving somebody’s life and that’s giving blood. I don’t know many donations you can make that are that direct.”

These other famous parents have been open about suffering miscarriages.