Any parent who has updated a resume after taking time off to raise kids or care for a sick family member has wondered how to explain — and worried about — the gap in their work history. On digital employment websites like LinkedIn, there has literally been no way to easily include an explanation — until now. In response to criticism about the lack of flexibility in its platform for people, particularly women, who have left the paid labor force for periods of time, LinkedIn is adding job titles like “stay-at-home mom” and “caregiver” to its list of possible options. The site is also removing the requirement that resume entries must be linked to a specific company or employer. 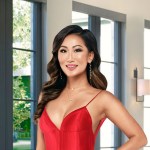 Honestly? It feels like a massive win for parents everywhere — and it’s about time.

According to Fortune, LinkedIn was encouraged to make these changes after a Medium post by Heather Bolen went viral last month. In her article, Bolen explained how a simple LinkedIn platform fix could help millions of women trying to re-enter the workforce.

“By simply modernizing its profile editing options, LinkedIn holds the key to encouraging transparent dialogue about employment gaps,” she wrote. “These conversations could help set the stage for improvements in company leave policies and work arrangements that better support primary caregivers.”

Bolen describes her own experience trying to reboot her career, which had been in corporate at Starbucks, after staying home to raise her children for a period of time. “The only viable drop-down option under LinkedIn’s employment type to describe my years as a SAHM (or homemaker as LinkedIn suggests) is self-employed or freelance, neither of which adequately represents my unpaid work stint,” she explained in the Medium article. “I would also argue that being a SAHM is full-time, but of course, LinkedIn intends to describe paid work only.”

More women (and people) in general now have gaps in their work history, thanks to this pandemic year. Between March and April last year alone, “some 3.5 million mothers living with school-age children left active work — either shifting into paid or unpaid leave, losing their job, or exiting the labor market all together,” according to a recent report from the U.S. Census Bureau. LinkedIn previously had “zero pre-populated options to identify maternity leave, parental leave, adoption leave, sick leave, bereavement leave, elderly care leave, or for long term injury/illness, education/re-training, volunteering, long term travel, a gap year, a sabbatical — or for a pandemic,” Bolen wrote.

“I’m left feeling disheartened and wondering why it is still necessary, in 2021, to manipulate a global platform like LinkedIn for something as common and essential as maternity leave,” she continued.

LinkedIn heard Bolen’s critiques — and similar echoes from others, explaining that such changes have been in the works but have taken time because of the technological redesign involved. This week’s updates, which also include a dedicated field for adding gender pronouns, are a “stopgap solution” as the company continues working on more comprehensive changes, according to what Bef Ayenew, director of engineering at LinkedIn, told Fortune.

Ayenew says that in the coming months, LinkedIn will also provide new options for those who have stopped working for a period of time, including allowing users to create separate resume sections for employment gaps with delineations such as “parental leave,” “family care leave,” or “sabbatical.”

Bravo to LinkedIn for updating its profile options to reflect the real experiences of people in and out of the workforce. Here’s hoping it will help normalize maternity leave and other caregiver time-off, as well inspire employers to view anyone who has a gap in their resume as a still-worthy hire.

Read about how Heidi Klum, Angelina Jolie, and more celebrity parents co-sleep with their kids.