Since marrying Meghan Markle and reevaluating his life as a royal, Prince Harry is inventing a new life for himself, his wife, son Archie, 2, and baby girl to be. While talking with Armchair Expert podcast hosts Dax Shepard and Monica Padman, Harry got into how he is going to give his kids a different childhood than he had. Of note: Yes, he watched Disney movies growing up, and now those prince and princess stories make him groan. 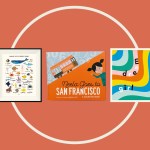 In the Armchair Expert episode released on Thursday. Harry joined Padman and Shepard in the attic where they record their podcast to talk about everything from paparazzi to mental health to life in general. Shepard commented that it must have been bizarre for the youngest son of Prince Charles and Princess Diana to learn all the fairy tales like in many Disney movies, where the ultimate prize was becoming royalty, while Harry probably just felt like a normal person.

“I feel like that would be a real cognitive dissonance moment,” Shepard proposed.

“I do think that kind of old way of thinking of the prince, the princess — all these little girls reading these wonderful fairy tales, going ‘all I want to be is a princess’ and I’m thinking [groans],” replied Harry, who is expecting his first daughter sometime this summer.

“It’s not so rad!” Shepard interjected.

“My wife had the most amazing sort of explanation to that, ” Harry added. “It’s that you don’t need to be a princess. You can create the life that will be better than any princess, and that’s coming from her own lived experience. We got together, and she was like, ‘Wow, this is very different to what my friends at the beginning said it would be.’”

Markle, of course, knew life would change when she got together with a member of the British royal family, but she did not expect the unfair way she was treated by both insiders and outsiders. Now, though, it seems the Sussexes are enjoying their new life in Santa Barbara, Calif., where Prince Harry even said he is able to take Archie on bike rides without being mobbed.

And for those curious about those rescued chickens that Harry was playing with while Oprah and Meghan chatted, he told Shepard and Padman that the they have regrown all their feathers and are doing great.

“They’re all rehabilitated from the factory farms,” Harry shared. “They started laying eggs immediately, which made us quite proud as parents.”

Later in the episode, Padman asks Harry about parenting human children and the specific way he was parented by the whole royal family.

“There’s no blame, but certainly, when it comes to parenting, if I’ve experienced some form of pain or suffering because of the pain or suffering perhaps my father or parents had suffered, I’m going to make sure I break that cycle so I don’t pass it on,” said Harry, who noted this topic is in the May 21 episode of his new show with Oprah, The Me You Can’t See. “As parents we should be doing the most we can to say, ‘You know what, that happened to me, I’m going to make sure it doesn’t happen to you.”

See the meaning of our favorite royal baby names from around the world.