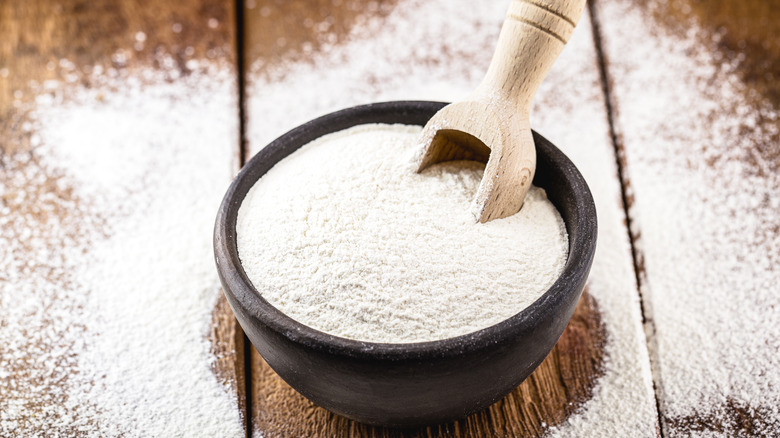 Costco is known for its large variety of items. Okay, and its food court. But mostly its large variety of items. They have a ton of weird, random items, and they have an excellent return policy. Among the more random items is flour. Now, you may be thinking that flour is a kitchen staple and can be found at any grocery store, and you would be correct. What’s astounding is the size of Costco’s flour bags.

According to The Kitchn, Costco sells 25 pound bags of flour for $12.99, meaning you can stock up on the staple for relatively cheap and be left alone to bake your favorite cookies, breads, and cakes for the rest of the year in peace. They explain that this bag of flour was particularly sought after in the earlier stages of the COVID-19 pandemic because people were baking sourdough bread and banana bread in mass amounts. The flour bags are also King Arthur brand, which is an incredibly reputable brand for flour, so this price for 25 pounds is excellent.

Flour's shelf life may not be what you think it is 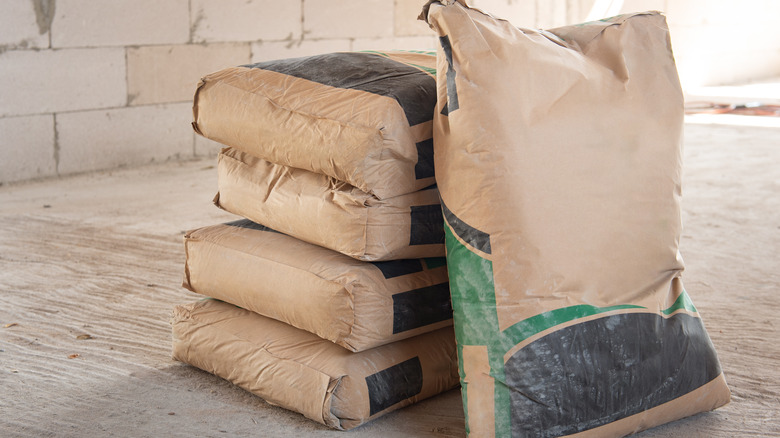 Despite being a great deal, the 25 pound bag of King Arthur brand flour may not be as great as it sounds. Flour can go bad despite the popular belief that it can last in your pantry untouched forever, and with 25 pounds of it, you’d better know what you plan on using it all for. One Reddit user took to the social platform to ask if this bag of flour is worth it, and the replies to this inquiry were interesting.

One Reddit user responded that when they did their research on Costco’s bulk flour, they found a lot of people online saying it wasn’t good quality flour and that there may be a reason why the flour is so cheap. Now, they also say they can’t remember the brand name, only saying that it wasn’t Kirkland (Costco’s signature brand). This could mean that they’re not talking about King Arthur flour and instead are discussing a different brand, but the hesitance remains. When buying bulk flour, you want to know what you’re going to do with it before you buy it. Otherwise, it can go rancid or taste stale even before going rancid, per this Reddit commenter.

Other commenters were quick to remind the original inquirer that flour has a one-year shelf life, though Healthline cites an eight month shelf life, and even says it can go bad sooner than eight months. Ultimately, you want to check the expiration date on any flour you buy, whether at Costco or not, and you want to buy it in the right amounts. If you buy too much, you run the risk of it going bad before you use it all, and you may not know until you use and bite into a rancid baked good.